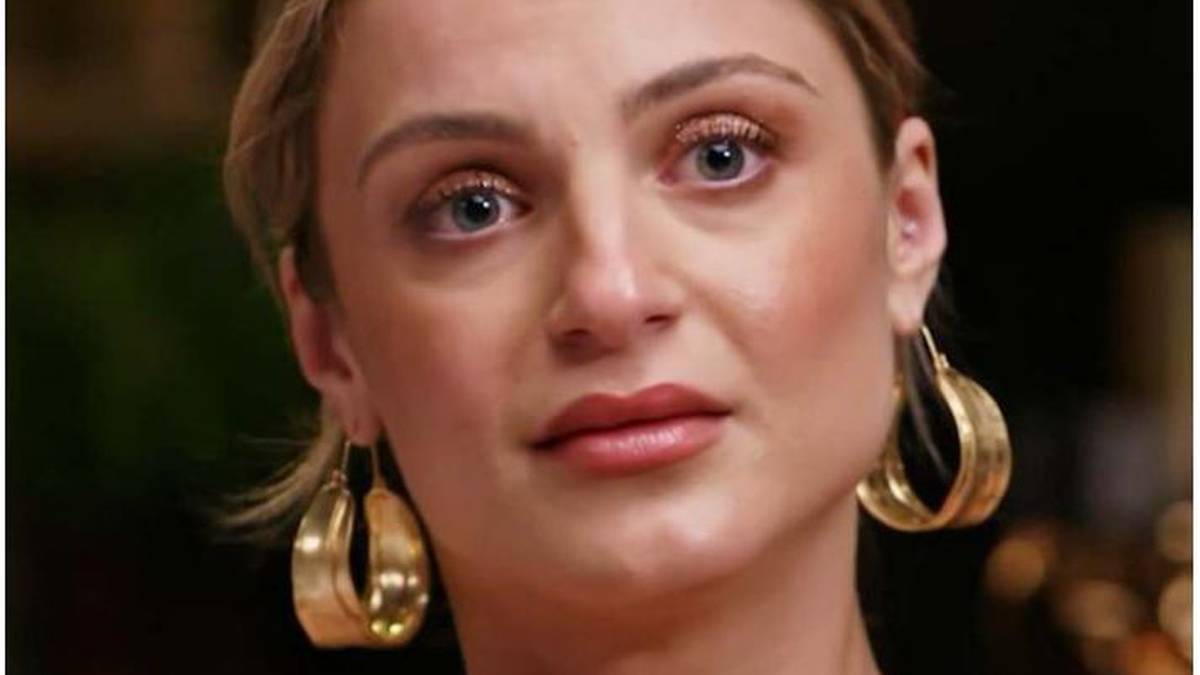 Domenica Calarco is putting the “naked photo scandal” to bed once and for all – by releasing the intimate image used as a weapon against her.

The MAFS star was outed for running an OnlyFans account by her co-star Olivia Frazer during their stint on the reality show.

Despite the fact Olivia was widely condemned over the move, Dom struggled in the aftermath of the incident.

She suffered horrific abuse as a result of being “slut shamed” and was later diagnosed with PTSD.

Now the 28-year-old is ready to turn the awful experience into a positive, telling news.com.au she is “taking back my power” by releasing the photo on her newly revived OnlyFans account.

“The issue has never been about the distribution of the photo, it was the damage Olivia intended to cause by sharing it,” Dom said.

“Releasing it is a very Domenica way of taking back my power by going, ‘You know what, you wanted the photo, here you go. But guess what, you’re gonna have to pay for it’.

“Everyone wanted to know what all this bulls**t was about – well you can see it for yourselves now.”

The professional make-up artist said she will be offering an array of other content to subscribers for a monthly fee – adding the “joke was on everyone whose shamed me” for using the platform before she appeared on the show.

“The main reason I did OnlyFans was because I was going through a divorce and I was out of work because of the pandemic and I didn’t want to rely on my parents,” she explained.

“I was too proud to ask for help, so I thought ‘okay, this is a way I can earn money in a pandemic.

“I know some people will say, ‘well why didn’t you just go and get a job at Woolworths,’ but my mental health was unstable at that time because of everything going on.

“It paid my rent, I was able to buy a fridge and I made a good amount of money on there.”

Dom said most of her income was earned through paid one-on-one chats, stating she doesn’t understand “why there’s so much stigma around it”.

“We’re so behind here in Australia. It’s easy for people to turn their noses up and say, ‘oh you’re selling yourself’. I was earning a living,” she said.

Her revamped account will be “PG” she said, revealing she’ll be sharing everything from workouts to make-up.

“I enjoy sharing different parts of my life. Of course, there will still be some fun content on there that I am sure men will want to subscribe for, but it’s not going to be a place that is purely for adult content.”

Fans will also be able to communicate with Dom one-on-one as well for an additional fee.

“This is what my OnlyFans was in the first place, it is what I am comfortable with and I’m not doing anything I’ve not done before,” she explained.

“The joke is on everyone else because it was always there and it always has been. This is just me relaunching it after taking some time to think about where I want to take it.”

To celebrate the relaunch, Dom has recreated the photo as the original is too racy to publish on Instagram, posing naked on a bed with a cheeky expression on her face with her privates pixelated out.

Recently, Dom opened up about her treatment for PTSD after appearing on the show in an episode of Sit With Us – her podcast with MAFS bestie Ella Ding, 27.

Describing how she feels “scared” when she sees a photo of Olivia, she explained the reaction was diagnosed by a medical professional as a response to trauma.

“I actually get scared when I see a photo of her … It brings back PTSD of her sitting across from me.

“Like legitimately, for a while there after MAFS, sitting at any table that was like a dinner table or a table where I had to have a conversation, I’d legitimately freak out, ’cause I’d be like ‘Who’s going to start sh*t, who’s going to say something,'” she said.

“I fully had PTSD, my therapist fully says I’m going through PTSD, so it’s real.

“We need to talk about this as so many people are so uneducated and don’t actually know what the laws are,” she told news.com.au.

“But it is a very predominate issue with the rise of social media and I just want to make sure no one else suffers like I did.”

A new issue of the podcast dropped titled, Putting OnlyFans to Bed (Part 2) – drops on Thursday where Dom says she will end the conversation around the naked image that has haunted her once and for all.