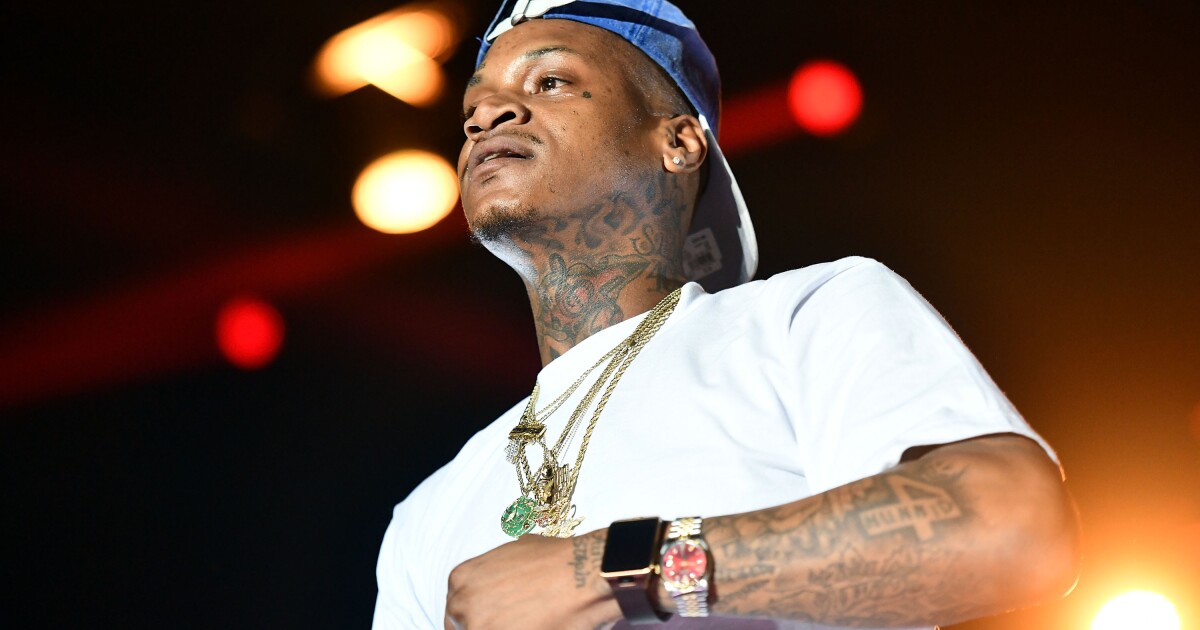 Michael Lanell Terry, 33, of Los Angeles and Tamara Lynn Bell, 42, of Inglewood were arrested Thursday, according to the Inglewood Police Department.

Officers patrolling the area found the wounded musician on the ground after hearing gunshots.

Paramedics treated Slim 400 before the L.A. County Fire Department transported him to a hospital for emergency traumatic care — reportedly Harbor-UCLA Medical Center — where he was pronounced dead.

Born in Germany and raised in Compton, the emcee was known for songs such as “Goapele,” featuring YG, and “Piru,” featuring YG and Redrum 187.

Hours before the shooting, Slim 400 dropped a music video for his track “Caviar Gold,” a love letter to cannabis, which he promoted to his 247,000 followers on Instagram.

In 2019, Slim 400 was shot multiple times in Compton. He survived the attack after undergoing surgery.