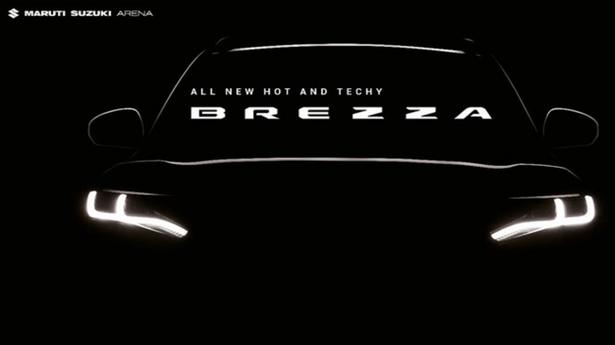 The new Maruti Suzuki Brezza will launch its variant line up on June 30. The new Brezza will come in four trims — LXi, VXi, ZXi and ZXi+ — and features such as a head-up display and an electronic sunroof, the latter being a first for a Maruti Suzuki.

All four trims of the new Brezza will come with the 1.5-litre K15C naturally aspirated petrol engine with a 5-speed manual gearbox as standard. Meanwhile, a new 6-speed torque converter automatic gearbox, which is also available on the XL6 and Ertiga, will be offered on the top three trims of the SUV.

As for its exterior colours, the new Brezza will come in six monotone shades — white, silver, grey, red, blue and khaki (new) — and three dual-tone colours (red with black roof, khaki with white roof and black with silver roof). The dual-tone colour options will be limited to the higher-spec ZXi and ZXi+ trims.

While the new Brezza will continue to be underpinned by the same Global C platform as its predecessor, all body panels are completely new and come with a fresh new design. It also gets a completely redesigned dashboard with lots of new feature additions such as a larger 9.0-inch touchscreen, improved connectivity, six airbags and the aforementioned head-up display and electric sunroof.

As for the updated K15C engine that debuted with the Ertiga and XL6, it will likely produce 103hp and 136Nm on the Brezza and will come with mild-hybrid fuel-saving technology. Maruti Suzuki will also introduce a CNG version of the Brezza in the future, although it remains to be seen in which trims it is offered.

Upon launch, the Brezza will continue to rival the likes of Hyundai Venue, Kia Sonet, Tata Nexon, and Mahindra XUV300, among others, in the compact SUV segment.