On January 15, Wei Jia, a deputy to the Guangxi People’s Congress and mayor of Mashan County, accepted an exclusive interview with a reporter from Chinanews.com.Photo by Yu Jing

Chinanews, Nanning, January 15th (Reporter Yang Zhixiong, Huang Yanmei) Wei Jia, deputy to the People’s Congress of Guangxi Zhuang Autonomous Region and magistrate of Mashan County, Nanning City, was interviewed by a reporter from Chinanews.com on the 15th. The article, focusing on industrial integration, explores the model of “sports + cultural tourism + poverty alleviation (rural revitalization) + county economy” to promote the people to achieve stable poverty alleviation and increase income. This model has attracted international attention, and delegations from Thailand and other countries have visited Mashan County to exchange experiences.

From January 12 to January 17, the first meeting of the 14th People’s Congress of Guangxi Zhuang Autonomous Region was held in Nanning. Wei Jia accepted an exclusive interview with a reporter from Chinanews.com during the meeting.

Mashan County is located in the northern part of Nanning City, Guangxi. It is known as “nine parts of stone and one part of soil”. It belongs to a typical karst landform. The per capita arable land is less than 0.75 mu. Key counties for poverty alleviation and development work. 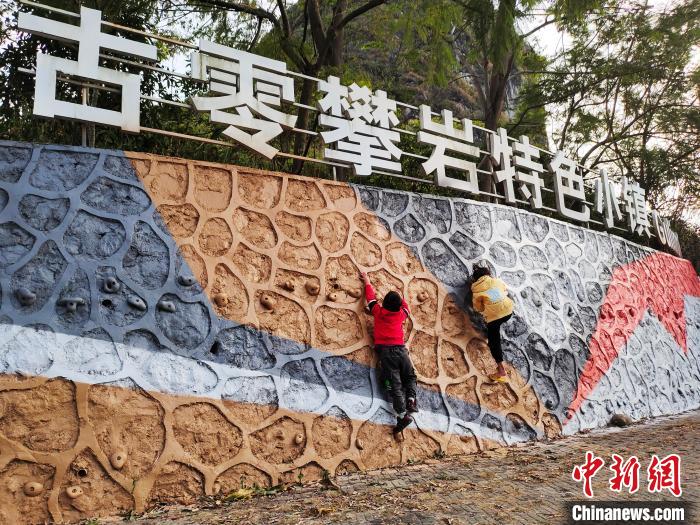 Wei Jia said that Mashan County took advantage of the situation, changed its development thinking, focused on industrial integration, and took the “sports +” Mashan model as the guide to build China’s first sports town with rock climbing characteristics. ) marathon series and other festive events will extend and deeply integrate the primary industry to the secondary and tertiary industries, and the people will benefit from ecological agriculture, rural tourism and tourism services.

During the “13th Five-Year Plan” period, the “Sports +” model drove the poverty-stricken population in Mashan County to a rate of over 17%. Thanks to the “thermal effect” released by “Sports+”, Mashan athletes have won 100 gold medals, 88 silver medals, and 79 bronze medals in various international and domestic rock climbing competitions since 2018. 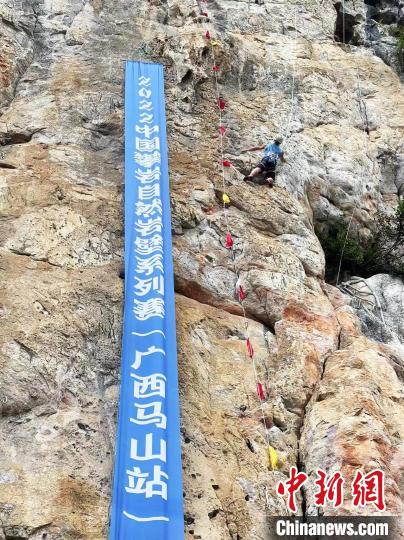 According to Wei Jia, in 2019, the Khon Kaen Prefecture Poverty Alleviation Delegation from Thailand visited Mashan County for investigation and exchange. They appreciated the introduction of “sports +” in the practice of poverty alleviation in Mashan County to develop cultural tourism and effectively promote poverty alleviation. It will be located in Dashishan Mountain I am very interested in the successful experience of turning my geographical disadvantages into development advantages. After returning to China, I explored and promoted it in Khon Kaen Province, and it was very effective.

Through the development of emerging industries with rock climbing as the core, Mashan County has been revitalized. Since 2016, Mashan County has joined hands with China Mountaineering Association and other organizations to hold a series of international and domestic competitions such as rock climbing and mountain marathon, attracting athletes from more than 30 countries and regions including the United States, Britain, France, and Italy. More than 260 Ten thousand (times) Chinese and foreign tourists came to watch the game, experience and travel. A number of delegations from countries such as ASEAN and North Africa have visited Mashan County to inspect and exchange experiences.

Wei Jia said that at the stage of consolidating and expanding the achievements of poverty alleviation and effectively connecting with rural revitalization, Mashan County will continue to make full use of “mountain” articles, deeply tap the potential of the “sports +” model, and integrate outdoor sports, leisure tourism, modern agriculture and cultural creativity. The industrial integration is connected in series to form an industrial chain of “planting + processing + leisure experience service”. (Finish)