New progress has been made in the reform and opening up of Tianjin’s financial industry and efforts have been made to attract foreign investment-Chinanews.com 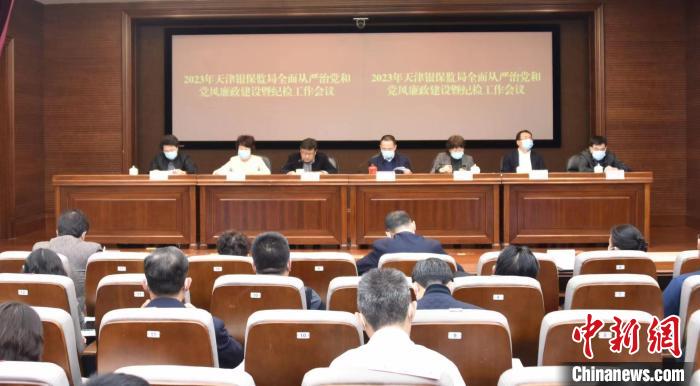 China News Service, Tianjin, January 20 (Pang Yuwen) The reporter learned from the 2023 work conference held by the Tianjin Banking and Insurance Regulatory Bureau that new progress has been made in the reform and opening up of Tianjin’s financial industry. The three-year corporate governance campaign came to an end, and the insurance intermediary agency “cleaning up virtual and chaos” campaign was launched, and 32 professional intermediary agencies were eliminated. In the future, we will increase efforts to attract foreign capital, approve the capital increase of Aiheyi Property Insurance, and promote the establishment of Deutsche Bank’s back-office operation center in Tianjin.

It is understood that the efficiency of supervision work in Tianjin has been improved. Tianjin strengthens on-site inspections, strengthens technological empowerment, and strengthens the application of intelligent inspection and analysis systems in the non-banking sector. Strictly punish according to the law. In the whole year, 61 institutions were punished, 108 responsible persons were punished, and the amount of fines and confiscations was 41.389 million yuan, which was the highest since the institutional reform.

The meeting emphasized that 2023 is the first year to fully implement the spirit of the 20th National Congress of the Communist Party of China, and it is of great significance to do a good job in banking and insurance supervision. The Tianjin Banking and Insurance Regulatory Bureau should accelerate the establishment of a new development pattern, continue to improve the quality and efficiency of financial services for the real economy, focus on stabilizing growth, employment, and prices, effectively prevent and resolve major economic and financial risks, and further promote the reform and opening up of the banking and insurance industries , actively integrate and serve the “Ten Actions” related to Tianjin’s long-term development, and help Tianjin build a socialist modern metropolis in an all-round way. (Finish)