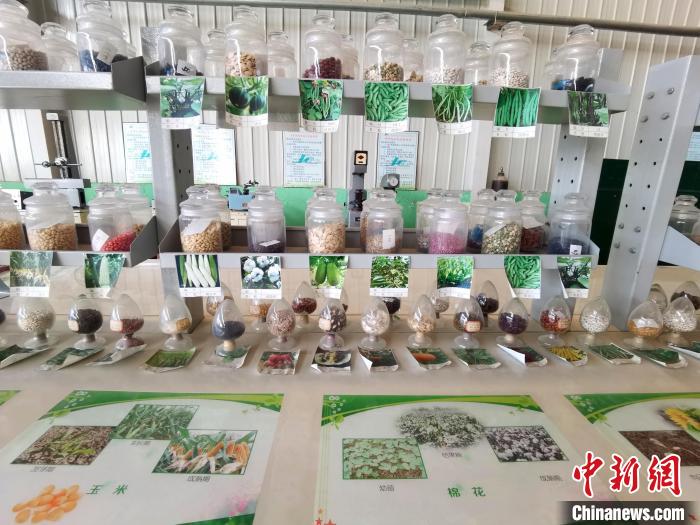 Chinanews.com, Lanzhou, January 11th (Yan Jiao, Liu Xiaotian, Penghe) As a “Guozihao” industrial park focusing on the vegetable and flower seed production industry, the Suzhou District National Modern Seed Industrial Park located in Jiuquan City, Gansu can be seen everywhere ” The slogan of “Suzhou Seeds Sow the World”. Lu Keming, director of the management office of the industrial park, explained this “confidence” and said that Suzhou seeds account for more than half of the national market and are sold to dozens of countries and regions around the world.

Suzhou has fertile soil, sufficient sunlight, dry climate, large temperature difference between day and night, and good natural isolation conditions. It is recognized as one of the most advantageous crop seed production areas in the world, and is known as “a natural seed breeding field and a golden belt for seed production.” . From focusing on producing seeds for foreign crops to now owning varieties with independent intellectual property rights, Suzhou seed industry has been keeping pace with the times for more than 40 years.

Jiuquan Aokai Seed Machinery Co., Ltd., which has many years of experience in the production of agricultural machinery products, has witnessed the development of the Suzhou seed industry. In an interview with a reporter from Chinanews.com in early January, Fu Qiufeng, director of the enterprise technology center, said that the enterprise started from a “small blacksmith shop” producing seed processing machinery, and now it has become a “leader” in the industry. At present, it has laid out the entire seed industry chain, “I have seen in many documents that the seed industry in Suzhou District has also experienced a process of development from small to large.”

“The seed processing capacity of each processing line is 10 tons per hour, and it is developing towards 15 tons per hour.” Fu Qiufeng said that in the past, the seed processing methods were backward, and the efficiency and scale could not be improved. In recent years, automation has improved Soon, the newly developed 5G driverless tasering machine once again extended the industrial chain of the seed industry.

According to Hou Jingxi, manager of the field breeding equipment manufacturing company affiliated to the company, the unmanned navigation tasers are mainly used for detasseling of hybrid seed production corn to obtain the best quality hybrid corn seeds. By setting the program in advance and planning the path, the field work is automatically completed , “In the past, the imported equipment was expensive, and some of them were not acclimatized to the environment. It was necessary to manually extract corn tassels one by one, which was labor-intensive. After we developed this product, it can replace nearly 300 labors a day.”

While seed production has brought “fame” to the local area, it has also attracted investment. Dunhuang Seed Industry Pioneer Fine Breed Co., Ltd. is a Sino-foreign joint venture. When a reporter from Chinanews.com visited the company’s production workshop, they saw that blue, pink, red, and purple corn seeds were conveyed on each production line, and each packaging bag had a QR code, which was the “ID card” of the product. “, which is convenient for consumers to identify the authenticity of the product.

Yan Changbin, the person in charge of the back-end processing of the company, said that there are currently 26 varieties on sale in the production workshop, and there are new products developed every year. “Single seed sowing was first proposed by our company, and the core competitiveness of the products on sale lies in all The quality indicators are industry-leading and higher than the national standard. We have different formulas according to the different needs of customers and the impact of pests and diseases.” 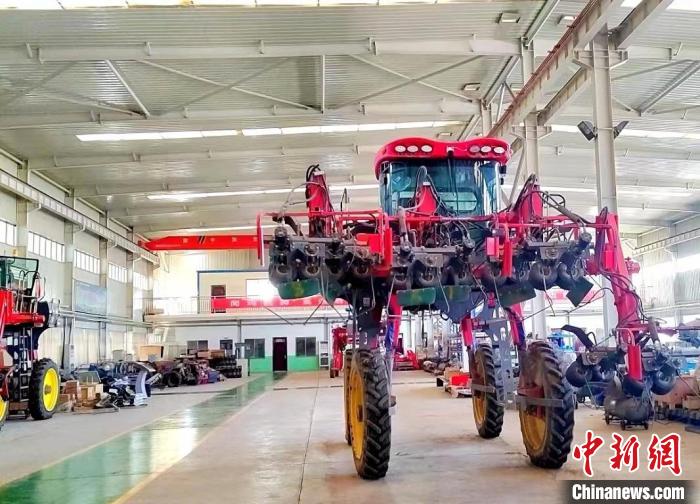 The picture shows the 5G driverless tasering machine used in the seed manufacturing industry in Suzhou District.Photo by Li Jianping

Guo Haihui, deputy general manager of Jiuquan Lanxiang Gardening, said that the company mainly focuses on flower seed processing and production, and has built its own germplasm resource bank, with 3,200 germplasm resources, which passed the national review in 2020. Introduce species to increase the stored herbal flower germplasm resources.”

At present, Jiuquan is taking the national modern seed industrial park as the lead to build a modern seed industrial chain integrating research and development, breeding, planting and processing, inspection and testing, machinery manufacturing, and distribution services, and is committed to building a national corn seed base and a world-class corn seed base. Grade vegetable flower seed base. (Finish)

Share
Facebook
Twitter
WhatsApp
Copy URL
Previous article
Ma Long defeated Japanese player Hayasuke Togami 4:2 to get a full seat in the World Table Tennis Championships-Chinanews.com
Next article
The construction of Xiong’an New District will be accelerated and the investment will be more than 200 billion yuan in 2023-Chinanews.com