On the fifth day of the lunar calendar, “receive the God of Wealth” and the Shanghai God of Wealth Temple is very popular-Chinanews.com 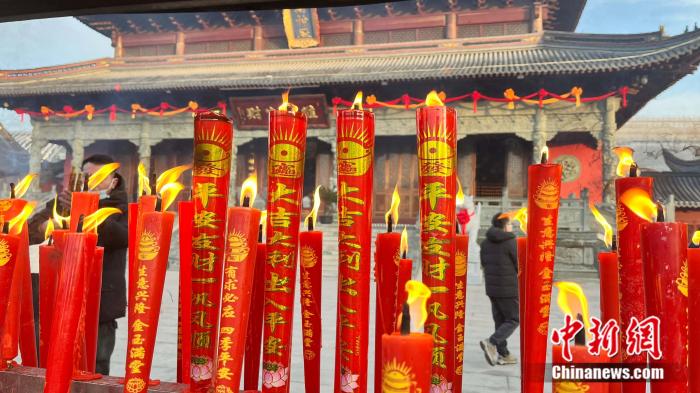 Chinanews.com, Shanghai, January 26. Topic: “Receive the God of Wealth” on the fifth day of the lunar calendar. The Shanghai God of Wealth Temple is very popular

“Five-day financial resources are asked for five days, and a year’s wish is paid for once. Beware of welcoming the gods elsewhere, and rushing to grab the road overnight.” On the 26th, which coincides with the fifth day of the first month of the lunar calendar, before dawn at 6 am, the incense and Popularity has grown.

Taoist Zhuang of the Shanghai God of Wealth Temple told reporters that there are already pilgrims coming at 5:00 in the morning. The popularity this year is steadily returning to the most prosperous state.

Ms. Jin, a citizen, came to Shanghai Temple of Wealth for the first time: “I mainly hope that in the new year, the wealth will be abundant, my family will be healthy, and everything will go well. I came here for psychological comfort and auspiciousness. In fact, I also know that only by working hard to live a happy life.” 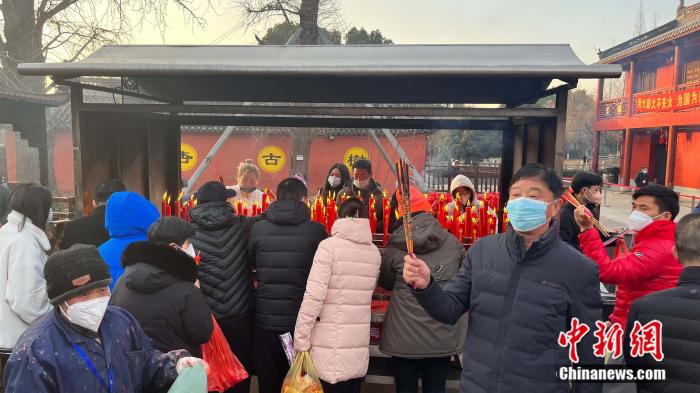 There are many pilgrims in the Shanghai God of Wealth Temple. Photo by Xie Mengyuan

The predecessor of the Shanghai God of Wealth Temple was built in the Ming Dynasty and has a history of more than 400 years. It was officially named “Shanghai God of Wealth Temple” in 2008 and reopened to the outside world. Enter the mountain gate and walk about 150 meters to the main hall of the God of Wealth Temple. In the hall, riding on a tiger is the main God of Wealth Zhao Gongming. On the left and right sides of the hall are two Gods of Wealth and Wealth respectively. The statues are all decorated with golden dragon patterns. background. There was an endless stream of pilgrims in the hall, piously offering incense, and a volunteer taught the gesture of bowing. There are two incense candlesticks in the courtyard in front of the main hall, with candles shining brightly and filled with smoke.

“The Temple of the God of Wealth prays for the country, hoping that the weather will be good and the country peaceful and the people safe, and then we hope that the people will live and work in peace and contentment, and be happy and healthy.” Taoist Zhuang believes that “seeking wealth” is not only about material money, but also a state of abundance, ” Physical health and mental progress are also wealth, this ‘wealth’ is unlimited, and good quality is the foundation of carrying wealth.”

Ou Yue, editor-in-chief of Songjiang District Local Chronicles Office and executive editor-in-chief of “Songjiang Humanities Dictionary”, introduced that if one were to trace the custom of “receiving the God of Wealth” in Shanghai, one would find that there was no written record of this custom from beginning to end in Shanghai local chronicles and Songjiang Prefecture local chronicles, but Zhuzhi Ci, etc. Textual materials can prove from the side that the custom of “receiving the God of Wealth” has become a fixed custom in Shanghai since the Ming Dynasty. “Before 1955, merchants ‘received the God of Wealth’, and they prepared carp on the evening of the fourth day of the fourth day, taking the auspicious homonym of ‘Li Yu’. After that This custom was interrupted until the mid-1980s, when private enterprises became more active, but the worship process and rituals were not well passed down, only the habit of setting off firecrackers remained.”

Is “receiving the God of Wealth” a superstition? According to Chen Qinjian, a tenured professor at East China Normal University and deputy director of the Shanghai Intangible Cultural Heritage Protection Expert Committee, if you only see the majestic statues in temples, it would be superficial. It is the needs of people; it is the experience that people have condensed from the primitive society; it is the cultural gene that can be traced back to ancient times; it is the simple “ancient dream” that hopes for new development in life. The image of ‘the God of Wealth, the God of Wealth, and the God of Wealth’. In fact, many of our folk customs are full of Chinese wisdom in life.” (End)