Only 27 people with a radius of 30 kilometers visited Inner Mongolia’s first police station for border couples-Chinanews.com 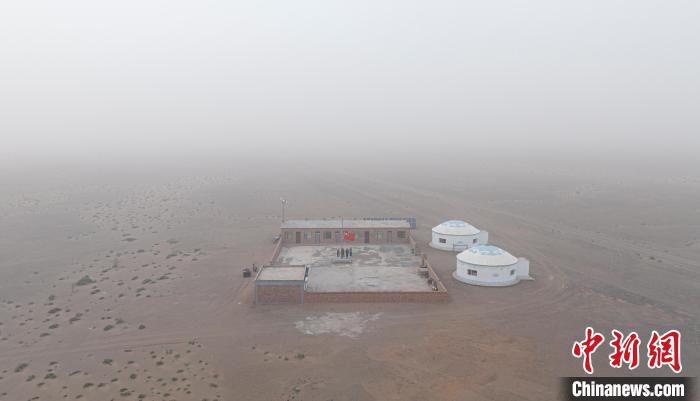 “Everything has to be tidied up, and the new year should have a new look. Now the conditions for our border guards are getting better and better. There are shops, clinics, libraries, and express delivery points, everything that one expects to find. The new year will definitely be better.” Li Wenna said While tidying up the “workers’ small house”, they said.

The Year of the Rabbit is approaching. The policeman Xu Naichao and his wife Li Wenna, the first border guard couple in the Inner Mongolia Autonomous Region, got up early. The “post-90s” couple cleaned up the police station and the “workers’ small house” and sent New Year’s greetings in a unique way. bless.

At the beginning of 2022, in order to stabilize the border defense, the Alxa Border Management Detachment decided to build a border police office at the frontier.

In fact, during his 14 years as a police officer, except for the year he went to Liberia, Africa for peacekeeping, Xu Naichao has been scrambling in the desert Gobi, walking between border guards and fortress households. He and Li Wenna have been together for no more than 2 months from falling in love to getting married.

As an auxiliary police officer and wife of an immigration management police officer, Li Wenna bears heavy responsibilities in work and life, as well as the long-term separation from her husband. “He was going to the vast Gobi to cultivate and guard the frontier, and we had fewer chances to meet each other, so we simply decided to go with him.” 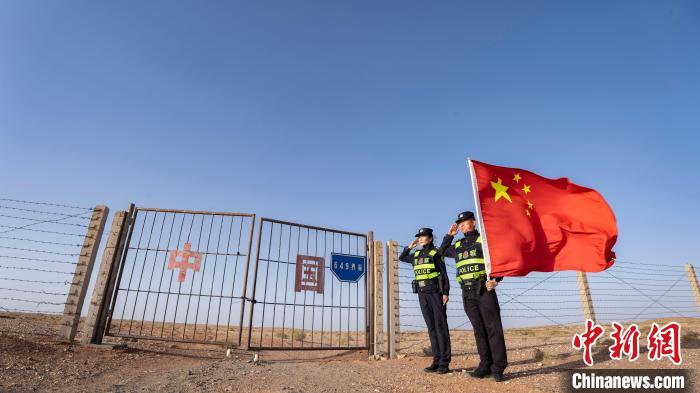 One piece of sky, one road, five brick houses with pots, two people, one dog and one car. In this way, Inner Mongolia’s first frontier husband and wife police office was formally established.

The police office is stationed in Yingensumuchahanzadgaigacha, Alxa Left Banner. The surrounding traffic information is blocked, the desert is crisscrossed, the climate is extremely harsh, and there are few people.

“Production and living here are extremely inconvenient. We have to travel 15 kilometers away for water. The police station has a radius of 30 kilometers. There are only 8 households with 27 people.” Xu Naichao said. 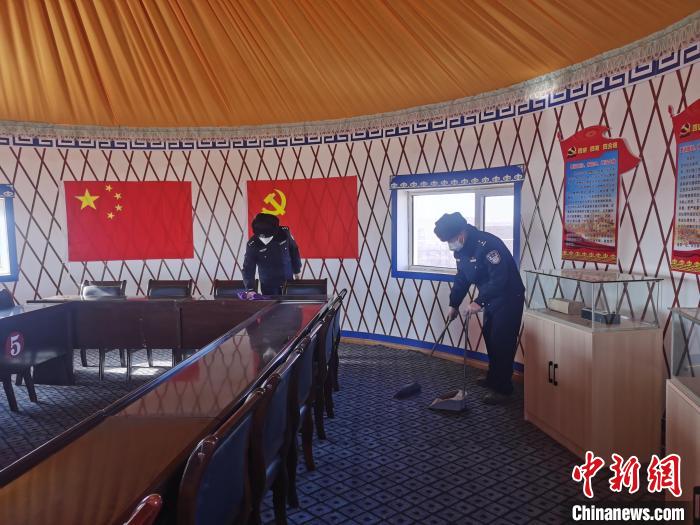 In order to better serve farmers and herdsmen, the Alxa Border Management Detachment established a “workers’ small home” in the police office of the border guards, which has become a frontier for contacting cadres and workers in the border areas and providing assistance services.

Watering trees, feeding sheep, shearing camel hair… After the establishment of the “Small Workers’ Home”, Xu Naichao and Li Wenna began to provide assistance services. After getting along day and night, the couple quickly grasped the basic situation of the local area and completed the role change from “foreign visitor” to “caring person”. 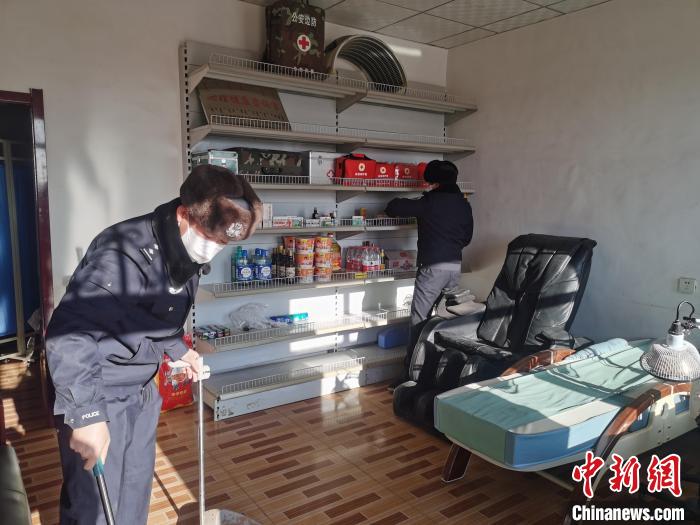 “Eji, this is the medicine I brought you from the flag, remember to take it on time.”

“Uncle, there are not enough cashmere shearers, so just say it.”

Ao Yungaowa, who is more than seventy years old, suffers from chronic diseases, and Li Wenna uses medical knowledge to provide voluntary physical therapy for the elderly; the herdsman Batumeng and his family are short of staff, so the couple form a support pair with him and come to the house regularly to carry out voluntary labor .

“It is equipped with books, medical equipment, and daily necessities, and it has become a gathering point for farmers and herdsmen.” Li Wenna said.

In the eyes of the herdsmen, the “workers’ small home” has become their second home, a warm little home that embodies warmth everywhere and unites the hearts of the people. “This is the mother’s home of our herdsmen. If there is any urgent matter, the first thing to do is to come here for help.” Herdsmen Ntugerile and Uren said.

“I inspected the 23-kilometer border today, and everything is normal.”

“Officer Xu, there is a foreign vehicle near the border, come quickly.”

“Actually, we are guarding the border with the herdsmen.” Xu Naichao said that while the farmers and herdsmen reap the care and love of the police couple, they are also doing their best to help protect the peace of the border.

During the border defense, the couple experienced the fun and fulfillment of border defense work every day. They also rescued a large poodle with a disabled leg, named “Li Fugui”, and became a companion in life.

In Xu Naichao and Li Wenna’s view, the tranquility of the border and the needs of herdsmen are the motivation for them to persevere.

In the new year, Xu Naichao and Li Wenna’s husband and wife are still walking on the border of the motherland, guarding the peace with heart, interpreting responsibility with love, and gaining happiness, praise and touch while maintaining the stability of the border. (Finish)