Prince Harry married Meghan Markle as a ‘way out’ of royal family? 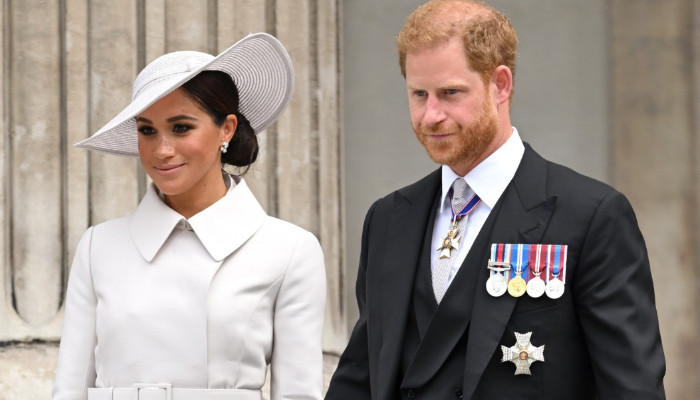 Prince Harry reportedly saw his 2018 royal wedding to Meghan Markle as his only ‘way out’ of the royal family, as per a renowned royal author who also penned Harry’s mother Diana’s biography.

Talking on Mirror UK’s royal podcast titled Pod Save the Queen, royal author Andrew Morton said: “They were thinking about living in New Zealand… they had all kinds of plots and thoughts for their future.”

He then went on to explain: “It didn’t work out because when it actually comes down to it, Prince Harry is cursed with charisma but hates being a prince and I think that he saw Meghan as a way out.”

“They didn’t have to leave the Royal Family in the way that they did, but they did.”

Morton further said: “Back in the late 1940’s after they married, The Queen and Prince Philip lived in Malta for a while as he was pursuing his career in the Royal Navy and many thought he would end up as First Lord of the Admiralty as he was such a star.”

“They never thought for a minute that George VI would die so soon and thought that they would have 20 years or so on the fringes of the Royal Family. So, the Queen has always been very understanding of anybody who wants to step back for a few years and just enjoy family life because you’re a long time being a royal.”

After tying the knot in 2018, Prince Harry and Meghan staged a movie-style exit from the royal family after announcing that they will be stepping down as senior royals. They then relocated to the US, where they now live with their two kids, Archie and Lilibet.

‘Like a dream’: Japanese grandpa draws in following as art YouTuber