Proposal for Henan Province to build a strong agricultural province with “golden ideas”-Chinanews.com 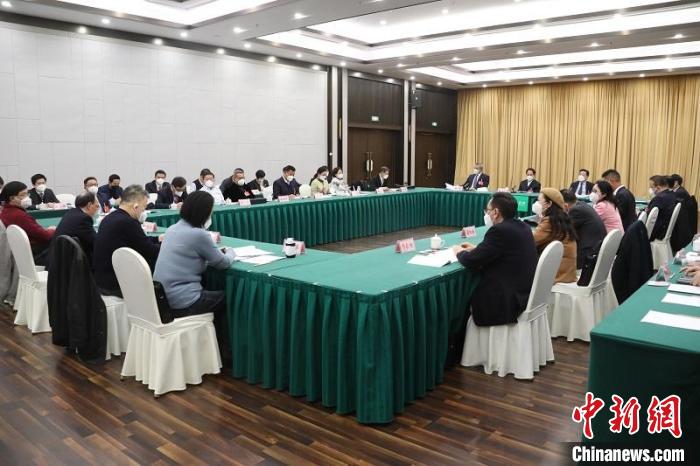 The picture shows the group discussion scene of members of the Henan Provincial Committee of the Chinese People’s Political Consultative Conference.Photo by reporter Kan Li

China News Service, Zhengzhou, January 16th (Yang Dayong, Li Chaoqing and Kan Li) strongly supported the construction of “Central Plains Agricultural Valley”, promoted the formulation of relevant regulations on high-standard farmland management, and promoted the construction of “Chinese Medicine Valley”… At the two sessions in Henan, A number of deputies to the Henan Provincial People’s Congress and members of the CPPCC came up with “golden ideas” to encourage Henan to build a strong agricultural province.

Many years ago, Henan University of Technology put forward the idea of ​​building a global food science and technology innovation highland in Zhengzhou – “China’s Grain Valley”. At this year’s Henan Two Sessions, some members of the Henan Provincial Committee of the Chinese People’s Political Consultative Conference suggested that “China Grain” rely on Zhengzhou, invest heavily, implement it as soon as possible, and build a world-class food chain base that integrates production, education, research and venture capital that is well-known in China and the world. The Zhengzhou Municipal Government and Henan University of Technology have the foundation, conditions, ability, and responsibility to achieve greater breakthroughs in “symbiosis and mutual prosperity” by promoting the construction of “China’s Grain and Valley”.

Dang Yongfu, a representative of the People’s Congress of Henan Province, who is known as “China’s soil ruler”, said in an interview with a reporter from Chinanews.com that Henan’s implementation of the construction of a strong agricultural province requires two major technologies, one is the “chip” technology of seeds, and the other is soil biology. Technology “chip”, as a soil pollution control worker, has the confidence and ability to promote the construction of a strong agricultural province in Henan.

When it comes to the construction of high-standard farmland, Pan Daorong, deputy to the Henan Provincial People’s Congress, suggested that supportive policies should be issued to encourage relevant financial departments to build innovative financial products around high-standard farmland and actively participate in the construction of high-standard farmland. Financial departments can directly cooperate with state-owned agricultural companies Establish a credit relationship, make sure that the creditor’s rights and debt subjects are clear, the repayment plan and repayment responsibility are clear, and financial risks can be effectively prevented.

At present, Zhumadian, Henan Province is vigorously promoting the construction of “China Pharmaceutical Valley”, striving to build a domestic first-class new pharmaceutical industry base. Some enterprises have been selected as key leading enterprises in the province of agricultural industrialization, and the products of the base are exported to more than 20 countries and regions such as Europe and Southeast Asia.

In this regard, Chen Feng, a member of the Henan Provincial Committee of the Chinese People’s Political Consultative Conference, suggested that the construction of Zhumadian “Chinese Medicine Valley” be included in the industrial development plan of Henan Province, speed up the construction of independent innovation systems, and vigorously develop six major industries including raw materials and finished drugs, inclusive elderly care, and traditional Chinese medicine. . (Finish)

Share
Facebook
Twitter
WhatsApp
Copy URL
Previous article
Directly hitting the peak of Spring Festival travel in the service area of ​​Guangdong Expressway: 65,000 passengers in a single day doubled the income of stores-Chinanews.com
Next article
Outlook 2023: A year of hope for the Chinese economy?