Returning students rely on crutches to plant morel mushrooms, innovate and get rich, and repay their fathers and fellow villagers-Chinanews.com 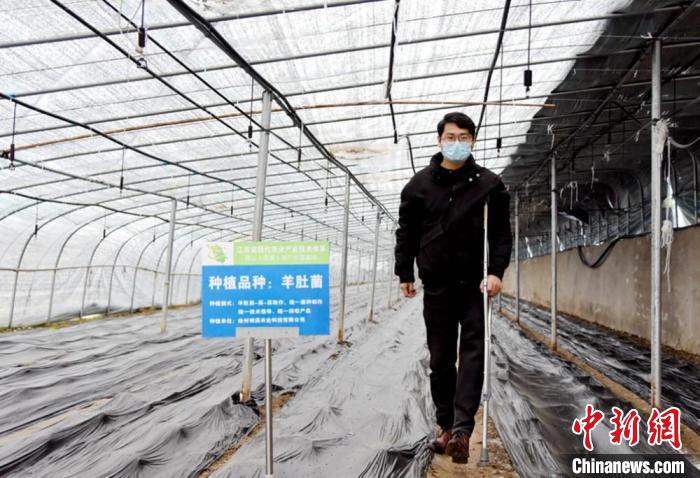 The Spring Festival of the Year of the Rabbit is approaching, and it has entered the “three nines” day, and there is light rain in the sky. At the Morchella production base in Xinzhuang Village, Tangzhang Town, Tongshan District, Xuzhou City, Jiangsu Province, Liu Huanhuan, a college student who returned home to start a business, is checking the growth of Morchella in the mushroom production shed together with several fungus farmers from the same village.

Morchella is named for its appearance like the morel that people eat on the dinner table. It is a precious edible and medicinal fungus. It is known as the “soft gold” in edible fungi and has extremely high economic value and nutritional value. . Morchella is a low-temperature type fungus, which is relatively simple to plant, saves labor and labor, and has considerable market benefits.

Some time before the Spring Festival, Liu Huanhuan often went to the morel greenhouse during the culture period to check the growth.Photo by Zhu Zhigeng

“Before the Spring Festival this year, although there were no fresh morels for sale, the supply of dried morels in gift boxes we processed was in short supply.” Liu Huanhuan said that the 50 or 60 days around December every year is the period for the vegetative growth of morels , Generally, the first crop of morels can only be picked at the end of the first month after the Spring Festival.

Everyone in the village admires this college student who has a disability and insists on returning to his hometown to start a business. When Liu Huanhuan was 5 years old, he suffered a sudden accident and his left leg became disabled below the knee. After graduating from Jiangsu University, Liu Huanhuan has been engaged in Internet work in Shanghai for more than 2 years. When the work was going smoothly, he resigned in 2017 and returned to his hometown to start a business. 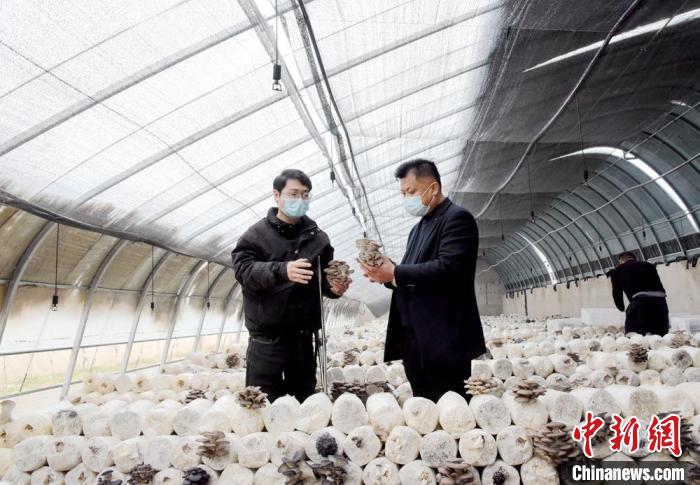 Tangzhang Town, where Xinzhuang Village is located, is a well-known hometown of sericulture and the only sericulture and silk industry base in Xuzhou City. The town has 30,000 mu of mulberry gardens. At the same time, Tangzhang Town is also a hometown of vegetables. The town maintains a planting area of ​​42,000 mu of various fruits and vegetables all year round, with an annual output of 450 million kilograms of “Tangxi brand” fruits and vegetables.

After investigating the agricultural production conditions in Xinzhuang Village, Liu Huanhuan vacated an acre of land in his vegetable greenhouse as a morel experimental field. After several months of careful cultivation, more than 300 catties of morel mushrooms were harvested, and a net profit of more than 10,000 yuan was obtained. Subsequently, Liu Huanhuan expanded the morel mushroom planting area to 12 mu. 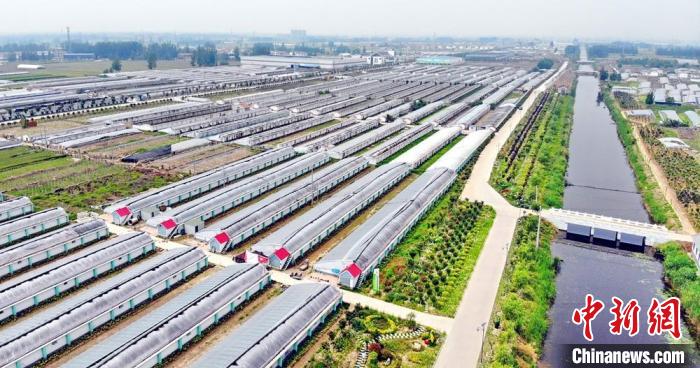 Aerial photography of the scene of the “morchella + silkworm” rotation base in Xinzhuang Village.Photo courtesy of Tangzhang Town Government

In order to reduce the cost of greenhouse construction, Liu Huanhuan turned his attention to the silkworm greenhouses in the village that are idle in autumn and winter. In the winter of 2018, Zhang Guiyuan, a 50-year-old neighbor in the village, voluntarily took out her silkworm shed with an area of ​​60 to 70 centimeters for Liu Huanhuan to experiment with growing morels. Liu Huanhuan invested and led several enthusiastic villagers to do soil treatment, roof renovation, large blisters, and plastic film covering in the greenhouse. 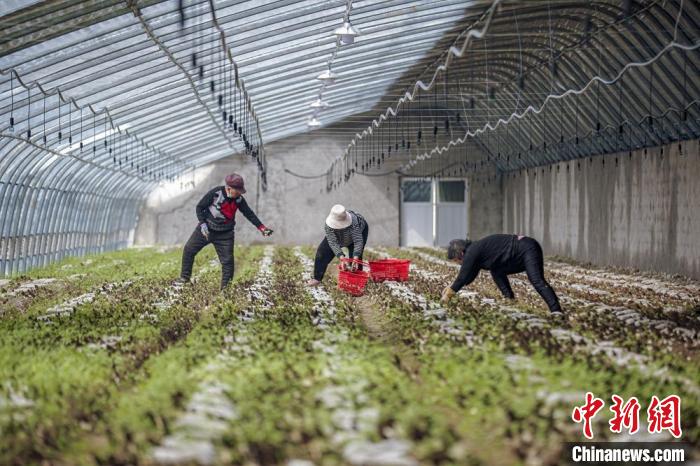 Every year at the end of the first lunar month, fungi growers start picking morels.Photo courtesy of Tangzhang Town Government

At the beginning of 2019, the innovative crop rotation planting mode of “morchella + silkworm cocoon” was successful. Since then, Zhang Guiyuan’s family has earned income from morel mushrooms in addition to the income from sericulture. Seeing the benefits, many nearby villagers also started to grow morel mushrooms. After more than 6 years of entrepreneurship, Liu Huanhuan has now driven more than 200 surrounding farmers to become rich, with an annual economic benefit of more than 6 million yuan. Liu Huanhuan said: “Repaying the folks is my unremitting motivation!”

Just as they were talking, a truck drove into the Morchella production base in Xinzhuang Village. Xiao Shiqiang, a large wholesaler in Xuzhou Donggao Agricultural Products Market, took advantage of the peak season of the Spring Festival to buy freshly picked oyster mushrooms. “The edible mushrooms such as oyster mushrooms and morels here are fresh, ecological, and never soaked in water. We come here every year to purchase.” Xiao Shiqiang said. 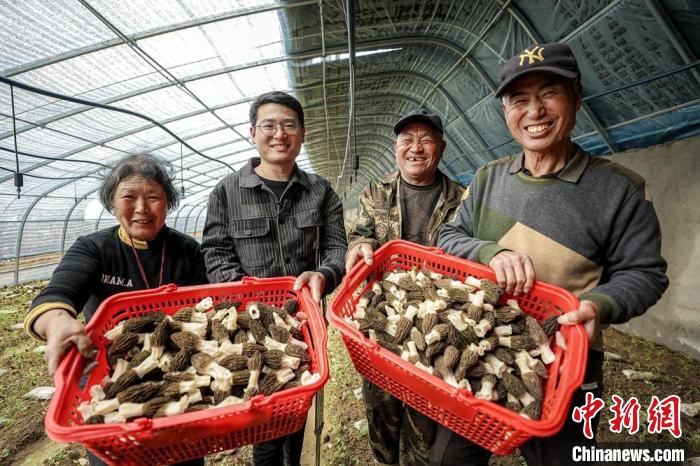 In 2022, the morel planting base will have a good harvest, and the fungus farmers will be smiling.Photo courtesy of Tangzhang Town Government

“Master, it is recommended to cover your fungus land with plastic film.” Liu Huanhuan, who came to check the growth of morel mushrooms in the “morel + silkworm cocoon” crop rotation shed at the north end of Xinzhuang Village, said that the temperature this winter is high and the soil is a little lacking. Water, covered with mulch to keep moisture. The two farmers, Chen Kaihua and his wife, are both nearly 70 years old this year and have raised silkworms all their lives. Last winter, at the suggestion of Liu Huanhuan, they started to rotate morels in their silkworm shed. “This kid is kind-hearted. I watched him grow up, so don’t worry!” Chen Kaihua said, his family planted morels with Liu Huanhuan’s company, and the production technology and product sales are guaranteed. Last year, his family earned more than 10,000 yuan from morel mushrooms in a shed of more than 3 cents. Next year, we plan to renovate another silkworm breeding shed, and also plant morels in rotation. 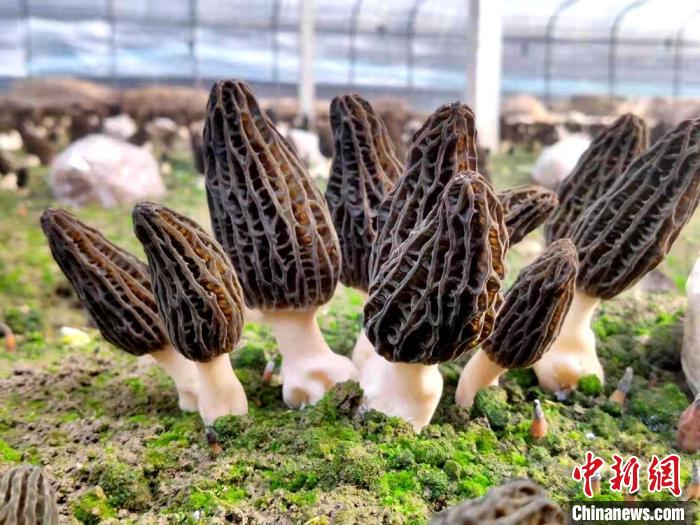 Xu Wei, Secretary of the Party Branch of Xinzhuang Village, introduced that in the next step, Xinzhuang Village will continue to revitalize vacant and idle resources such as silkworm breeding sheds and poultry breeding sheds, so that more farmers can participate. Through the planting and crop rotation of edible fungi such as morels, the collective economic income of the village will be increased by 300,000 yuan each year, and more than 500 jobs will be provided. Years later, the Xinzhuang Village Edible Fungi Research and Breeding Center will be completed and put into use. In the next three years, the planting area of ​​edible fungi will reach 500 mu, and the output value will exceed 10 million yuan. (Finish)