Rights of the loom: Malvika Singh discusses her Sarees of Memory project 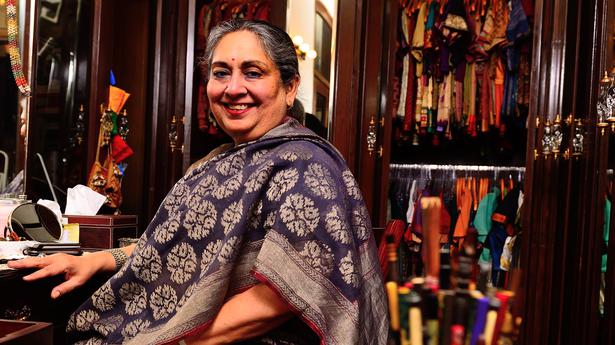 Malvika Singh’s Sarees of Memory project revives 21 traditional drapes from around the country, and gifts the weavers design ownership

Malvika Singh’s Sarees of Memory project revives 21 traditional drapes from around the country, and gifts the weavers design ownership

A sunny, sweltering summer afternoon in Delhi sees the gates of the Brazilian embassy open to visitors. Not for caipirinhas, but for a pop-up (the ambassador is a friend of craft) featuring, among home accessories and garments, a line of exquisite saris developed by textile maven and author Malvika Singh. The shopping experience is in collaboration with It wasthe retail wing of The Registry of Sarees project, headed by perfumer and textile lover Ahalya Matthan. And the stars are the handwoven cotton Venkatgiri saris that feature Kannada characters, stretching along the borders, telling the story of the Hindu god Vishnu.

Malvika has just come off a mid-pandemic collaboration spree, the Sarees of Memory project, with weavers of 21 traditional saris — crafting designs and kickstarting bouts of reclamation that will ensure the weavers’ gainful involvement. “It’s not just about selling the sari, but about how individuals can become catalysts to revive existing skills and make them relevant to the maker as well as the wearer,” she says, recommending a dusky blue cotton Venkatgiri with shimmering silver zarilighter than expected in my hands. Malvika has worked in the field of textiles for five decades, and is the author of books such as New Delhi: Making of a Capital and Perpetual Cityand the publisher of Seminara monthly symposium of ideas and initiatives.

A hat tip to Vishwakarma

“We’ve already sold a number of saris online [in collaboration with Yali] priced affordably between ₹6,000 and ₹8,000]before we even began doing physical pop-ups,” she says. These Venkatgiris, as well as the other 20 developed by Malvika, echo the famed Vishwakarma textile exhibitions of the 1980s, spearheaded by Martand Singhthat highlighted the beauty and importance of traditional Indian weaves for domestic consumers. They were “the last known exercise where multiple weaving centers were commissioned”.

Consigned to memory now, it is the spirit of Vishwakarma that still lives on in her efforts — working with local weavers and bringing their product to the right audience at great price points. “Here you have a country whose greatest skills are still alive,” she says. “They’ll begin to die only because the alternative venues for economic advancement are simpler. So it’s very important to have patrons who also become catalysts and allow the artisans to produce their best works.” 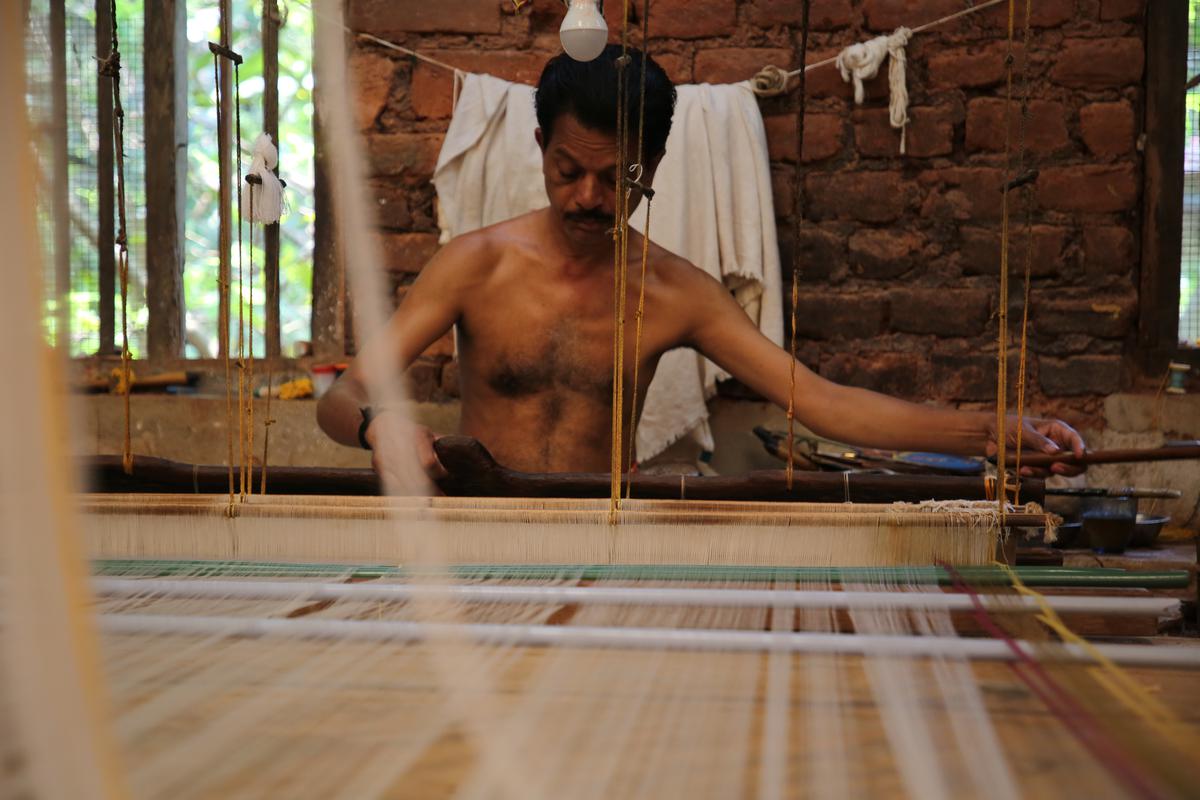 The premise, she adds, should be to lead the market, not to be led by it. “You find the right patronage, you lead the market, and you keep the skill going — not to clad one billion people, but as a patronage craft which it always was.” This means going deep into the archives and traditions of weaving, many of which have been lost in the race to match factory production standards and use machine-made yarns on handloomsin the sheen of ‘imported’ fake zari that irritates the skin and leads to terrible product interventions.

Out of the 21 clusters involved in project, a few I discuss with Malvika are the kasavu saris of Kerala, the revival of an heirloom Benarasi that features a British-inspired sun-burst buti motif in beautiful zarias well as a stunning Shikargah kalamkari by artist Ajit Kumar Das from Kolkata. Each innovation focuses on reinvigorating the craft as well as involving the wearer, so that each sari is treasured as not just something beautiful to wear, but as a work of great and complex craftsmanship, tradition, and relevance. “Post Vishwakarma, there was nothing of this nature done,” she adds. 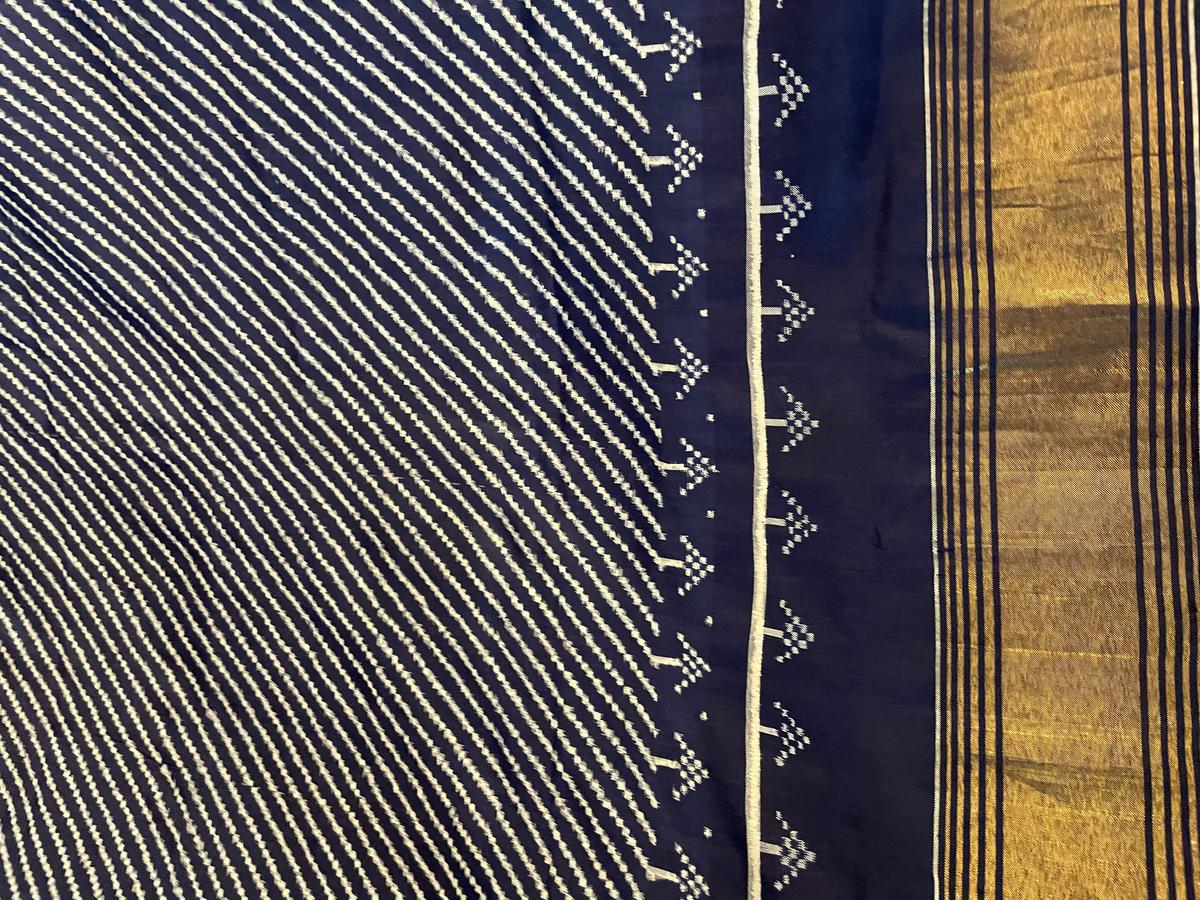 But why take on this seemingly gargantuan task in the midst of a worldwide pandemic? “When COVID hit, just to prove to myself, and so that I could create something for my grandchildren, I decided to pick 21 weaving traditions of India and recreate saris in them.” It took close to a year and a half for her to design and develop the saris, one from each cluster.

Malvika mentions how she called Delhi-based archivist and curator Pramod Kumar KG after seeing a vintage picture “from the 1870s”, of a rani of Kerala wearing a cotton kasavu with a zari pallu. “I asked him if he could recreate the same sari, with the same proportions, in a 120-count cotton, with real zari. And he said he’d try.” Cut to nine months later, and an amazing kasavu was ready. 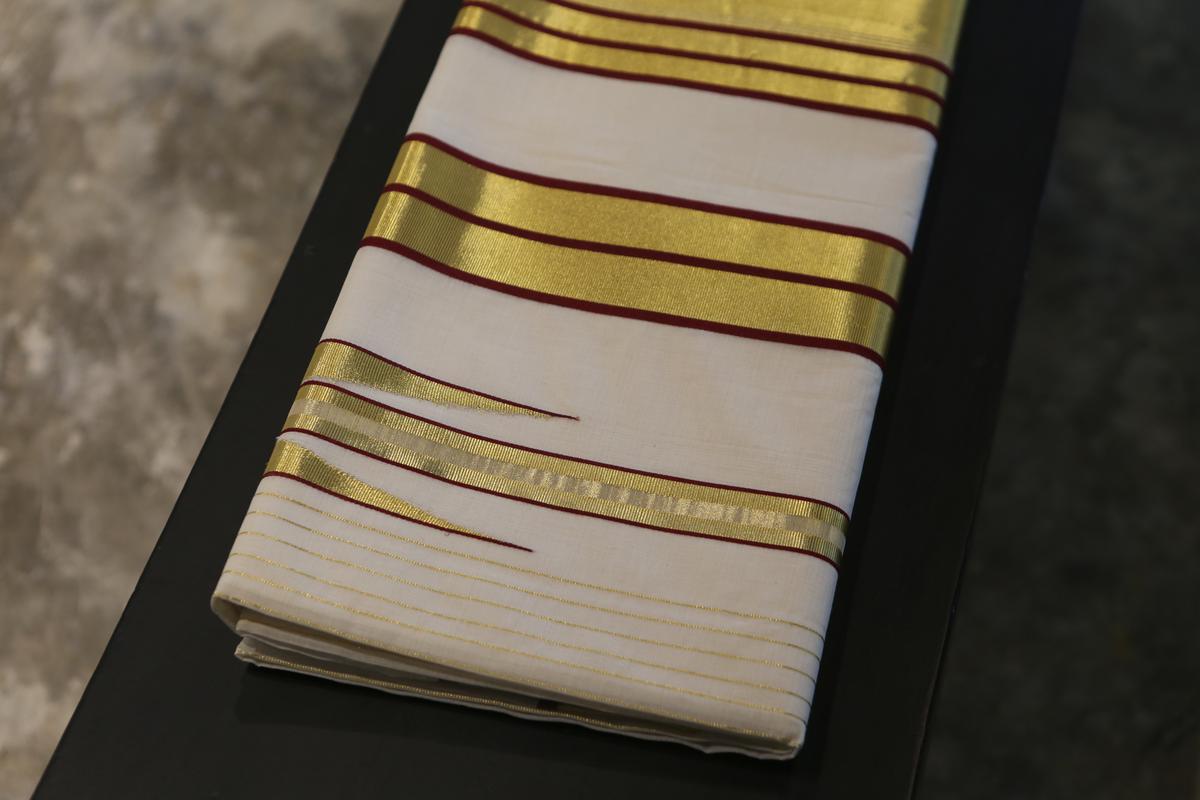 The initiative, says Malvika, was personal. She made 21 saris for her family, and the weavers who worked on them are free to weave and sell the saris as they prefer. (The textile developments that were done for Vishwakarma were available in state-owned Co-optex stores. Here, there is no government involvement, and weavers own the designs.) It was, in essence, a purely personal intervention which has proven that the skills to weave and produce exquisite traditional textiles still thrives in India. And this makes her project all the more relevant because most complex handwoven textiles were, by tradition, meant for the royals and the nobility.

Today, the only thing that has changed is the nature of the patrons. As the success of this pop-up has shown, they are ready for more such path-breaking work, not just to wear it, but to invest in and cherish as reminders of the importance of India’s incomparably skilled artisans.

The author is a fashion consultant and commentator based in New Delhi.