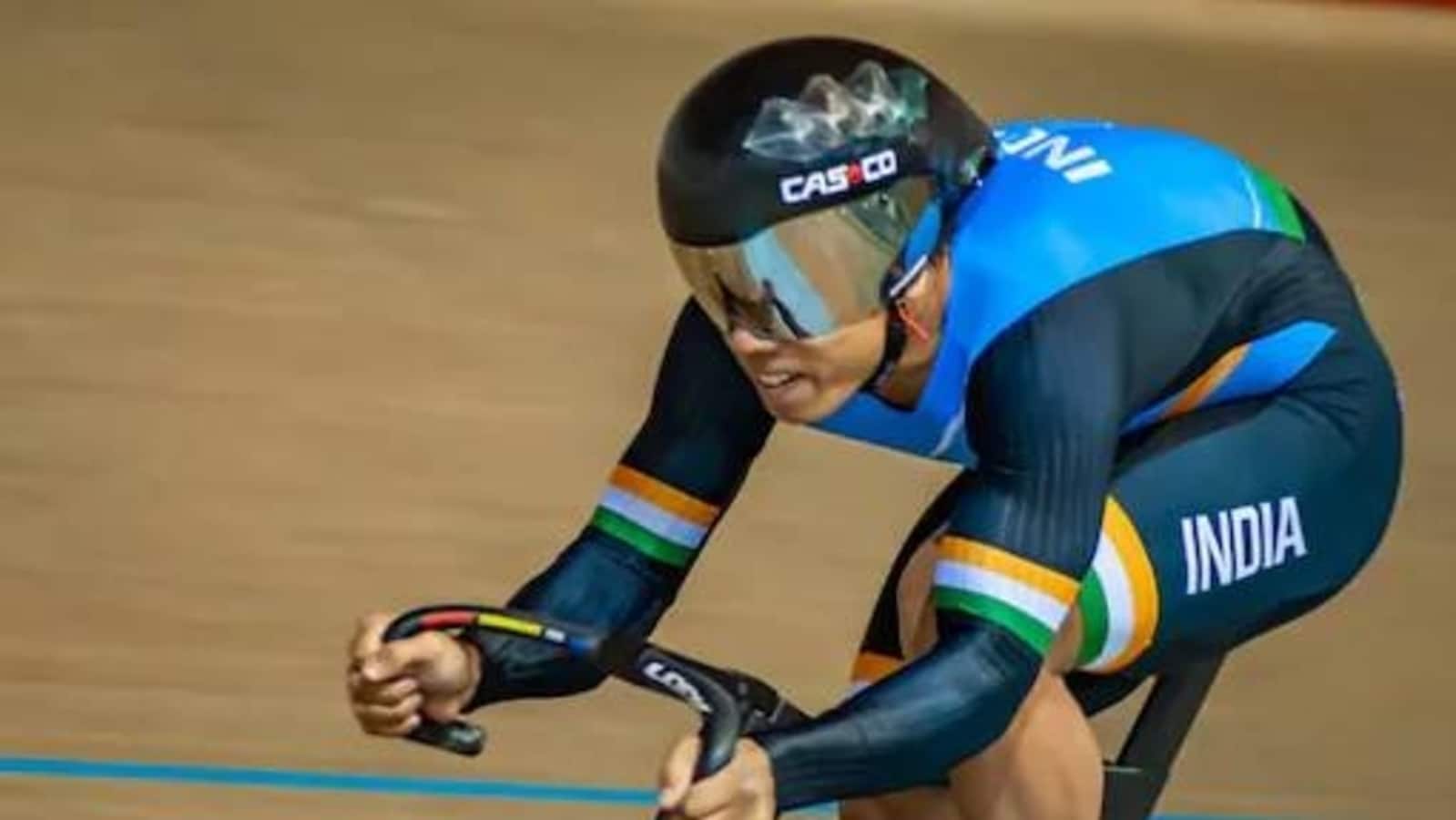 L Ronaldo Singh takes a few laps to cool down after an intense race with Japan’s Kento Yamasaki in the sprint final at the Asian Track Cycling Championships. Each time Ronaldo has strapped his pedals this week, the velodrome at the IG Sports Complex here was buzzing with expectation.

He was India’s best bet to take on the top Asian cyclists from Malaysia, Japan and Korea. On any other occasion, a silver medal in sprint, two bronze medals – team sprint and time trial – and a national record would have given him a great high, coming as it did in his first continental championships. For Ronaldo, however, it was all about catching up on the lost years.

“This performance should have come in 2020. At that time we were coming up, it was the transition period for the juniors but we lost two years because of the pandemic,” rues Ronaldo with a shake of his head, resting his toned frame in a chair.

It was indeed a period of struggle for Ronaldo and his teammates who were on the cusp of starting their senior international career in 2020 after fabulous performances as one of the world’s most promising junior bunch. Ronaldo, Esow Alben, Rojit Singh and Jemsh Singh became the world junior champions in team sprint in 2019; their sudden emergence brought limelight on a sport India had no history to boast of. But just when they were looking to make the shift, pandemic pegged them back.

“It was a tough phase. We could hardly train for a year. If you talk about riders in Europe, they were better off because they have tracks everywhere. When we had to participate in competitions last year we were just not ready and could not perform at that level,” said the 20-year-old.

Ronaldo, however, quickly shrugs off his disappointment. He is looking ahead at a packed year, Commonwealth Games, world championships and the possibility of Asian Games taking place next year. The top priority remains a breakthrough berth for India at the 2024 Paris Olympics.

“Sprint is an Olympic event. Winning silver in this event at continental championships is a big boost. Competing against the best of riders in Asia has taught me so much. I have to improve and will try to bag a gold medal at the next Asian championships.”

“The Japanese rider I was up against in the sprint final is very experienced. They are mentally strong. They must have competed in 1000 races so they are mentally strong. Sprint in everything about tactics, it’s a mind game. You have to think in a fraction of second what you want to do in a particular moment, or else you lose in a split second. It is not necessarily that a stronger rider will win. I am happy that I could give him a tough fight but I need to work on my tactics. They are old school tactics.”

The performance here has also helped Ronaldo bag important points towards Olympic qualification rankings. “The Asian Championships next year will be even bigger in terms of ranking points for Paris qualification. All this will add to the tally.”

His next stop would be the Commonwealth Games in Birmingham, while he is expecting a medal at the Asian Games.

“Except China, every country was here and had their best cyclists,” he said. “These counties will be there at the Asian Games also – Malaysia, Korea, Japan and China – and we need to beat one of them to get into medal position. I am sure we can win a medal but we don’t know which colour it will be. It will be historic.”

Ronaldo got his name from the famous Brazilian footballer Ronaldinho. Born in 2002, the year the footballer was on a song at the world cup in Japan and South Korea, his father decided to call his son by the same name. His father — a CRPF personnel – then built a solid foundation for his son to pick up a sport.

“I wanted to be a sportsman — an international medallist — but I didn’t know which sport to choose. As a kid, I learnt diving to win over my fears. I did gymnastics that helped me with an elastic body, and then I took to swimming to develop my strength.”

He finally found his calling in cycling during a visit at the velodrome here. “I was 14-year-old. I saw the riders here and I was like wow. They were going up and down on the track. It was so exciting to watch. I wanted to do the same.”

Previous articleAnalysis | Here is everything Darth Vader said in ‘Obi-Wan Kenobi’
Next articleMeghan Markle, Prince Harry ‘in talks’ with Oprah Winfrey as early as 2018?