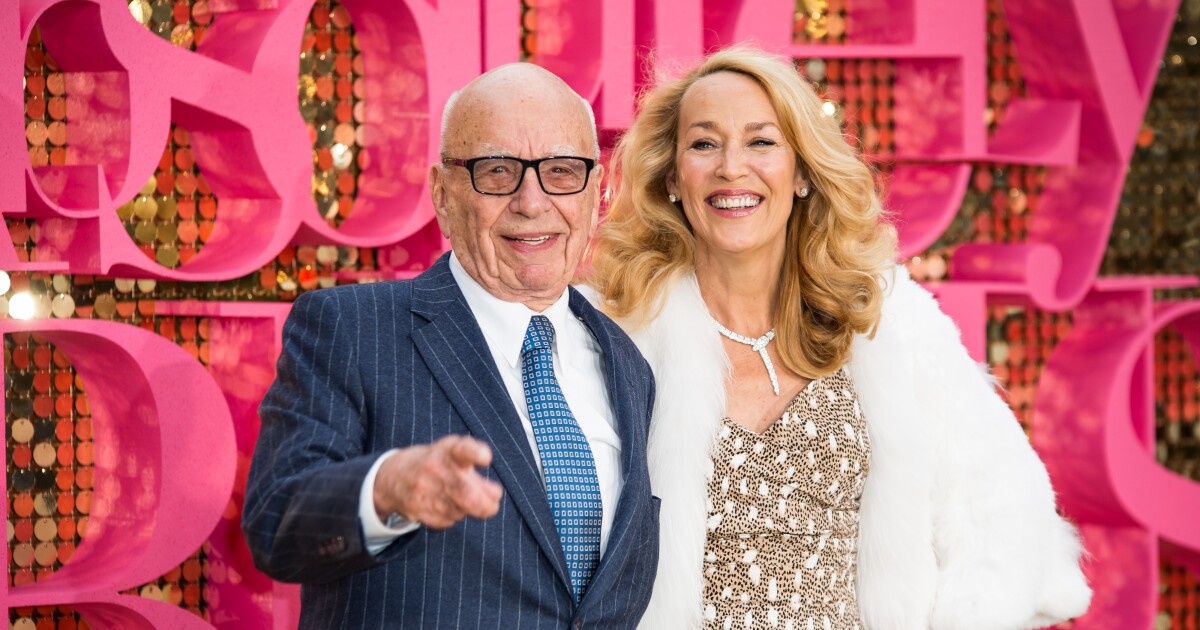 The New York Times first reported the split Wednesday, citing “two people with knowledge of the decision.” The divorce would mark the fourth for Murdoch, the 91-year-old NewsCorp. executive chairman.

Representatives for Murdoch did not respond to The Times’ request for comment.

Murdoch and Hall, 65, married in 2016. The six-year union, which was the Murdoch’s shortest marriage, coincided with major milestones for the tycoon’s decades-long professional career, including Disney’s eventual $71.3-billion acquisition of Murdoch’s 21st Century Fox empire.

In December 2021, the couple broke Montana ranch sales records with the nearly $200-million purchase of the Koch family’s 340,000-acre property, according to Architectural Digest. And just two years before that, Murdoch joined Hall and her ex-partner, Rolling Stones frontman Mick Jagger, for a 30th-anniversary celebration of the Moraga Bel Air winery.

Before tying the knot with the media tycoon, Hall was a longtime partner to Jagger, with whom she shares four children.

Previous articleWill Shakira and Jerard Pique get back together?
Next articlePacific Island airports gear up for busiest July in years