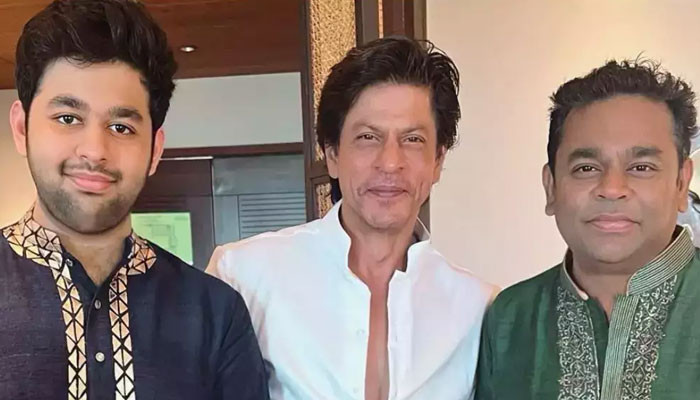 Shah Rukh Khan melts fans’ hearts with his charisma and charm in his latest photo, clicked on the occasion of Jawan’s co-star Nayanthara’s wedding in Hyderabad last week.

On Wednesday, the musician’s son AR Ameen turned to Instagram and shared a photo of King Khan and ace music composer AR Rehman.

In the photo, the DDLJ actor was looking dapper in a white crisp button-down shirt which he paired with black formal pants.

Whereas, the Slumdog Millionaire music director and his son went for traditional attires.

In no time, fans went crazy to see both stalwarts in one frame and dropped interesting comments on the post.

Another chimed in and said, “3 Dons,” along with heart-eye-shaped emoji.

Moreover, on the work front, SRK will next be seen in upcoming movies including Pathaan and Dunki.

To note, the actor has previously released his movie Jawan’s first poster look on social media

Previous articleMaini gears up for third round of 2022 DTM Championship at Imola Meuspath
Next articleMillennial millionaires are delaying home, car purchases due to inflation