Shanxi accelerates the development of digital economy and starts the creation of “Lighthouse Factory”-Chinanews.com 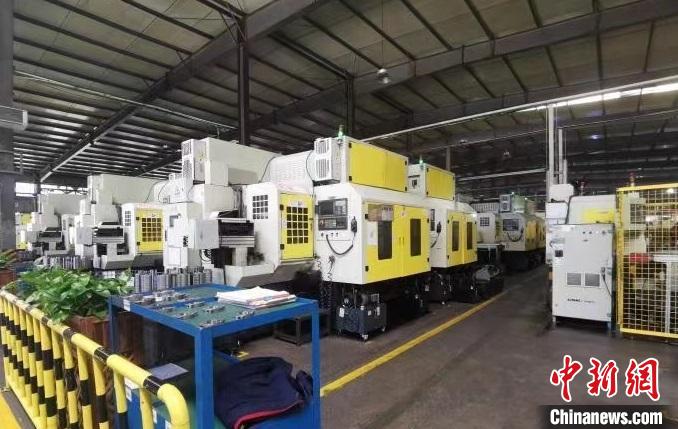 Shanxi speeds up the development of digital economy and starts the creation of “Lighthouse Factory”. Data map: The picture shows a corner of the 5G+ “smart factory” of Huaxiang Group in Linfen, Shanxi.Photo by Gao Ruifeng

Chinanews, Taiyuan, January 16th (Gao Ruifeng and Zhang Donghua) “Build a number of provincial-level digital economic parks, build a number of digital transformation promotion centers; promote the integration of data and reality, digital intelligence empowerment, and accelerate the digital transformation of various industries… …” In the 2023 Shanxi Provincial Government Work Report, it was proposed that the province will accelerate the development of the digital economy and start the creation of a “lighthouse factory”.

“Lighthouse Factory” is known as “the most advanced factory in the world”, representing the highest level of intelligent manufacturing and digitalization in the global manufacturing industry today. “We must seize the opportunity of a new round of scientific and technological revolution and industrial transformation, promote the integration of data and reality, digital intelligence empowerment, and accelerate the digital transformation of various industries.” Liao Jian, member of the Shanxi Provincial Political Consultative Conference, Secretary of the Party Committee and Chairman of Shanxi Mobile, said on the 16th .

“The system builds a new type of information infrastructure focusing on 5G, computing power network, smart middle platform, etc., innovatively builds a new information service system of ‘connection + computing power + capability’, and empowers thousands of industries to upgrade digital intelligence.” Liao Jian According to the introduction, at present, Shanxi Mobile has invested a total of 11 billion yuan in 5G construction, and has built a total of 36,000 5G base stations.

At present, the number of enterprises entering the Shanxi Data Traffic Ecological Park has exceeded 400, and the cumulative total revenue has exceeded 10 billion yuan; the Taiyuan National Internet Backbone Direct Connection Point has been opened and operated, and the Advanced Computing (Taiyuan) Center has been completed and put into operation; Taixin Integrated Economy The district’s “data traffic valley” will be accelerated. Shanxi, a province with a large energy resource, is seizing opportunities for the development of the digital economy.

From January 1, 2023, the “Shanxi Province Digital Economy Promotion Regulations” will be implemented. The Regulations will clarify the responsibilities of all parties and finance, finance, talents, Multi-party support measures such as land use and electricity use will accelerate the deep integration of the digital economy and the real economy, and build a province with a strong digital economy.

“To create a digital economy development pattern with scenarios and prospects in Shanxi, Shanxi Mobile focuses on the advantageous industries in the province, deepens the supply and demand connection with all parties in the industry, and strengthens 5G+AICDE (A: Artificial Intelligence, I: Internet of Things, C: Cloud Computing , D: Big Data, E: Edge Computing) integration and expansion, currently more than 200 5G industry application projects have been implemented.” Liao Jian introduced. (Finish)