“Spare no effort to grasp the project” Inner Mongolia plans to “open the door steadily and get off to a good start”-Chinanews.com 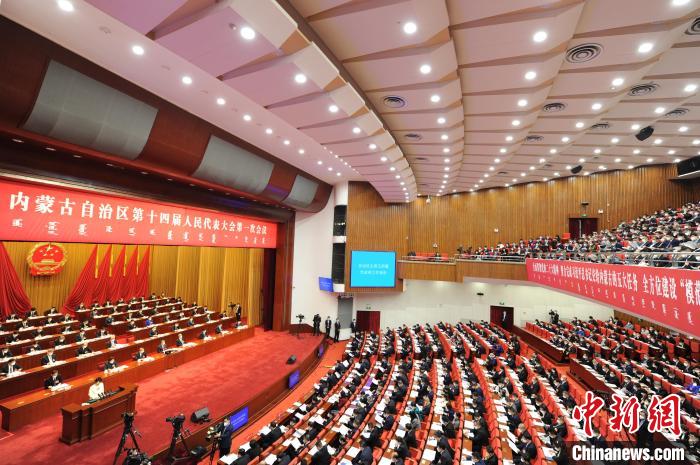 The picture shows the scene of the first meeting of the 14th National People’s Congress of Inner Mongolia Autonomous Region.Photo by Han Qingli

Chinanews.com, Hohhot, January 12 (Reporter Li Aiping) At the beginning of the new year, how can the Inner Mongolia Autonomous Region in northern Xinjiang, China achieve a “stable start and a good start”? At the first meeting of the 14th National People’s Congress of the Inner Mongolia Autonomous Region held here on January 12, the official gave the development idea of ​​”spare no effort to grasp the project”.

Wang Lixia, chairman of the Inner Mongolia Autonomous Region, introduced many projects that Inner Mongolia will promote this year when she made a government work report that day.

Focusing on industrial development, optimize the layout of infrastructure, plan and build a number of park railway lines, tourist roads, and industrial roads, and enhance the supporting service functions of industrial parks and tourist attractions.

Construct the “four horizontal and five vertical” power backbone grids in western Mongolia and the “eight horizontal and two vertical” in eastern Mongolia, promote the collection and distribution of large new energy bases and the construction of new channels for green power and green hydrogen to Beijing, and deploy a number of charging piles , Hydrogen refueling station. The installed capacity of the new data center is 500,000, and the number of 5G base stations is 20,000. (Finish)

Share
Facebook
Twitter
WhatsApp
Copy URL
Previous article
Why Everyone Should Know Code
Next article
Taishan “Pork Belly Ci”: There are many ways to eat and nostalgia-Chinanews.com