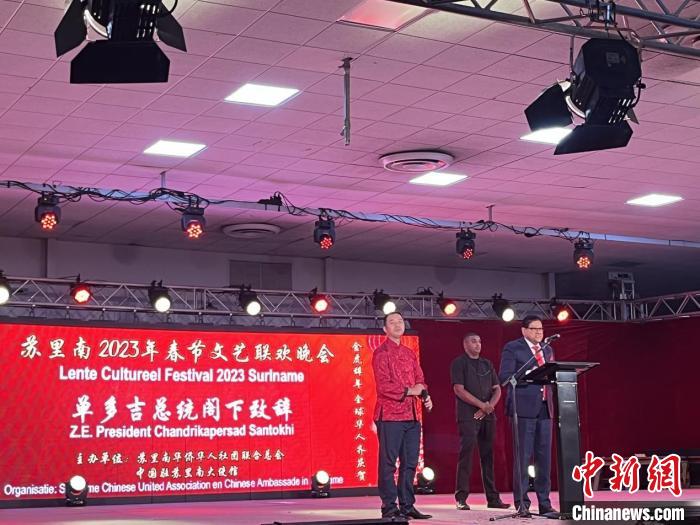 Suriname is the first country in South America to designate the Chinese Spring Festival as an official holiday. Spring Festival Gala performances and temple fairs are organized every year. They were suspended during the epidemic in the past two years and resumed this year.

This is the author’s first visit to Suriname, and it is the 113th country in the world. Watching their Spring Festival Gala live, it feels like returning to China.

The opening ceremony was the lion dance performance, which represents the traditional culture of the Chinese New Year. Lions, big and small, pushed the atmosphere to a climax from the very beginning. The Chinese watched the dance and were homesick, and people of other ethnic groups were also fascinated by the Chinese culture, and there were constant cheers on the scene. A Surinamese shouted loudly in substandard Chinese: Huang Feihong! Huang Feihong!

In the chorus show “Tomorrow Will Be Better”, although the singer’s singing level is not professional, it made the author cry. It is moving to hear popular songs from the teenage years from thousands of miles away.

Han Jing, the Chinese ambassador to Suriname, delivered a speech at the Spring Festival Gala, which was quite touching: we meet no matter how far we meet, and we are neighbors even thousands of miles away.

Chinese in Suriname account for about 10% of the total population. 170 years ago, the first batch of Chinese traveled across the ocean to work in plantations as indentured laborers. Some of them have planted their roots on this land. In the 1990s, a large number of Chinese came here to fight, forming a larger Chinese group.

Suriname is a multi-ethnic country. Back then, descendants of Indian-Pakistani contract laborers were the largest ethnic group, followed by African-Americans. The Chinese New Year is not only a festival for the Chinese here, but also a festival for the whole people. On the Spring Festival Gala, Indians perform Indian classic dances on the same stage. 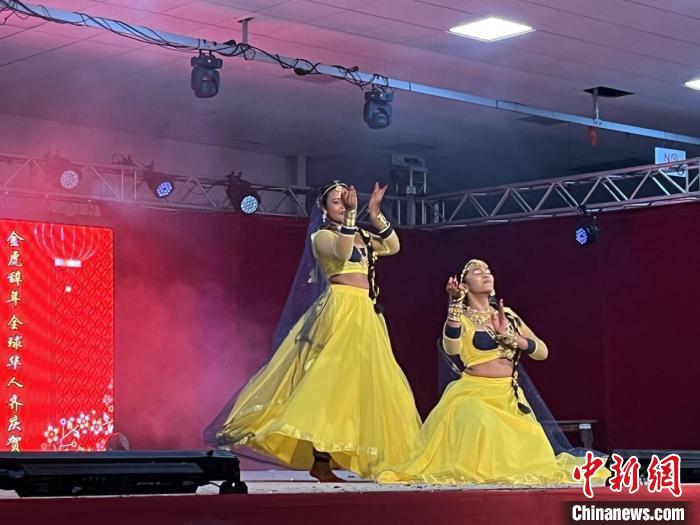 Fogo, an overseas Chinese who has lived in Suriname for 26 years, is from Wenchang, Hainan, China. The author and he drove to the construction site dozens of kilometers away to deliver the New Year’s Eve dinner, where dozens of workers could only celebrate the New Year at the construction site due to inconvenient transportation and other reasons. About 18 of the workers are from Guangdong, Yunnan and other places, and most of the rest are Surinamese.

Chinese New Year is a statutory holiday for Surinamese people and the perfect time to enjoy a feast.

A girl from Haiti had just been in Suriname for a few months and was traveling far away for the first time. She was homesick and said that a Chinese New Year meal relieved her nostalgia.

Fogo and his wife traveled across the ocean to work in Suriname. Like most people, they started in a supermarket and went to the border of French Guiana to make a living. Today, looking at this construction site, which has a huge investment and is about to be put into production, he is filled with emotion. This is a key project in Suriname, and it will be put into production in about three weeks. At that time, the president, speaker and others will attend the ribbon-cutting ceremony.

Brother Fu is the only son in the family, and his mother is still alive. During the festive season, he misses his loving mother very much. His youngest son was born in Suriname, and he speaks Wenchang dialect. He said that it is the same wherever people go, don’t forget your hometown, or you will lose your roots.

The author didn’t know Fu Ge before coming to Suriname, but he said that they are all Chinese, and here is your home in South America. What he said the most along the way is: “If you want to gain a foothold in a foreign land, the most important thing is to be hardworking and honest. The Chinese here are respected, because we are such people!”

On the first day of the Lunar New Year, at the home of a new Chinese friend, I met Marinas Bey, the Speaker of the Suriname National Assembly who came to visit. For many years, he has come to visit this Chinese man every first day of the Chinese New Year. When he heard that the author had traveled to 113 countries, he smiled and said that you should be a Chinese cultural ambassador. The speaker and his wife are committed to the friendship between Suzhou and China, and the speaker is well aware of the situation of the Chinese in Suzhou.

On the first day of the Lunar New Year, the Speaker of the National Assembly of Suriname, Marinas Bey (first from the right), and his wife visited. In the middle is Chen Shaolan, the author of this article.Photo by Chen Shaolan

During the dinner, the author explained each Chinese dish and its allusion to the speaker and his wife, and also introduced the story of Chinese tea to him. Facing barbecued pork, squirrel fish, deep-fried squid, and sweet and sour prawns, everyone ate with various voices, completely without their usual restraint. There was a thin entourage who almost ate the amount of four people, which was surprising. 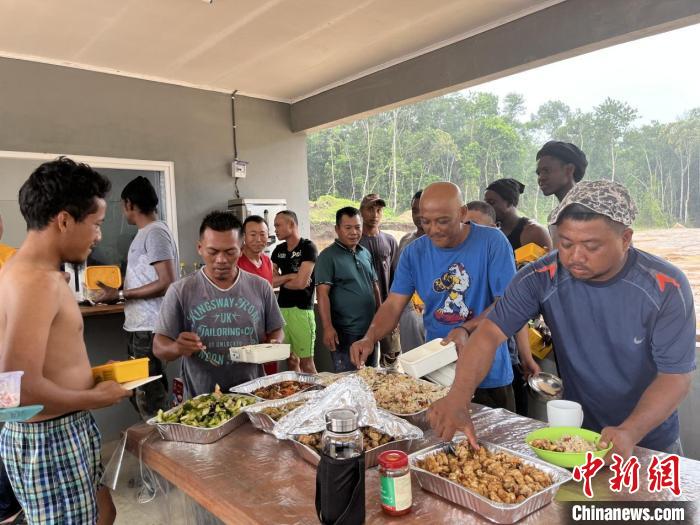 The speaker’s wife and the entourage learned how to use chopsticks with great interest. They are very talented and quickly pick up the cashew nuts skillfully. Before leaving, the speaker’s wife packed the rest of the Chinese food home and invited her to visit her home a few days later. The author is thinking that bringing Chinese food to the door may be the best gift. (Finish)

Share
Facebook
Twitter
WhatsApp
Copy URL
Previous article
Cold air continues to affect my country’s western Tibet and there will be persistent snowfall-Chinanews.com
Next article
From Exploration to Confusion——A Review of the Development of Comics Industry in 2022