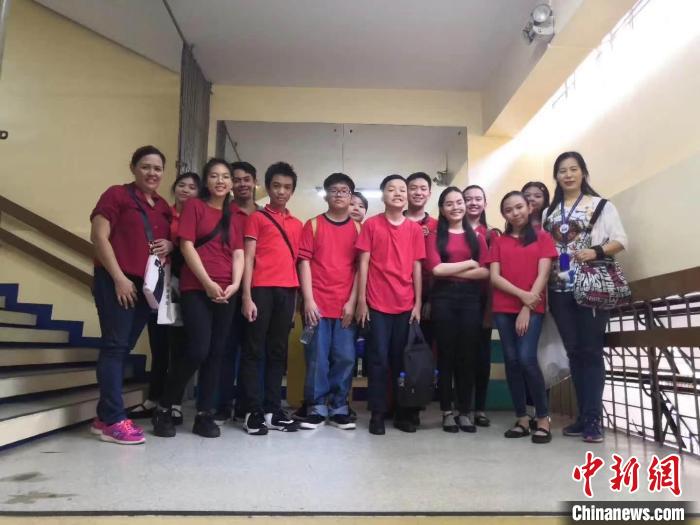 He Li, an overseas Chinese teacher, took a group photo with the students of the Chinese school.Photo provided by the interviewee

China News Service, Hefei, January 14th (Chu Weiwei) “Overseas Chinese education is an important way for overseas Chinese to inherit Chinese civilization, and it is also a ‘root project’ for Chinese culture overseas. In recent years, Suzhou City has not only created excellent teachers for young and middle-aged The opportunity to go abroad for exercise also makes a positive contribution to promoting the spread of excellent Chinese culture overseas and enhancing friendly exchanges between China and foreign countries.” Tai Lili, deputy director of the United Front Work Department of the Suzhou Municipal Party Committee of Anhui Province and director of the Municipal Overseas Chinese Affairs Office, said in an interview a few days ago.

According to reports, in recent years, Suzhou City, Anhui Province has selected and sent 17 excellent teachers to Chinese schools in the Philippines, Thailand, Japan and other places to perform teaching aid tasks. Among them, 2 teachers became the “Chinese Education Famous Teachers Tour Team” of the State Overseas Chinese Affairs Office to Malaysia. Members, many expatriate teachers were commended by overseas Chinese schools and the United Front Work Department of Anhui Provincial Party Committee, and more than 400 students won the “World Chinese Student Composition Competition” awards.

He Li is a Chinese teacher at the No. 12 Primary School in Suzhou City, Anhui Province, with more than 30 years of teaching experience. From 2018 to 2020, she went to Misamisi Guanghua Middle School and Chenguang Middle School in the Philippines respectively. In addition to her daily teaching work, she also guided and trained local Chinese teachers.

He Li believes that overseas Chinese education should start with interest. During her stay in the Philippines, she taught Chinese songs and organized Chinese song competitions for students with no foundation in Chinese; she practiced brush calligraphy and paper-cut literacy; she danced long ropes while singing ballads and reciting Tang poems to stimulate their interest in learning Chinese. On Family Day, He Li took the students to make dumplings and scallion pancakes, and introduced cultural customs from all over China.

Liu Minglong from Suzhou University is a professional martial arts teacher. In 2019, he undertook the teaching task of Chinese martial arts in the “Chinese Education · Famous Teacher Tour” (Malaysia) activity.

In the practical teaching, Liu Minglong grouped the teaching according to the age of the students and the basis of martial arts, from easy to difficult step by step. At the same time, interspersed with the explanation of martial arts theoretical knowledge, so that students can have a deeper understanding of Chinese culture. “They are very diligent in learning every movement, and they have a strong thirst for knowledge about items such as swordsmanship and long boxing that they have not touched before.”

Under the epidemic, the challenge of online teaching has become a major dilemma for overseas Chinese education. Ding Yong, an expatriate Chinese language teacher at the No. 11 Primary School in Suzhou City, believes that after the optimization of epidemic prevention measures, Chinese language education will also usher in spring again. In the future, in addition to sending excellent teachers overseas, we can also organize visit groups of teachers and students to communicate with each other, so that Chinese education bases and overseas Chinese schools can form friendship units, and continue to do a good job in Chinese education through the form of “going out and inviting in”. (Finish)