Tai’an, Shandong: Catching up with the Yellow River Daji for New Year’s Eve-Chinanews.com 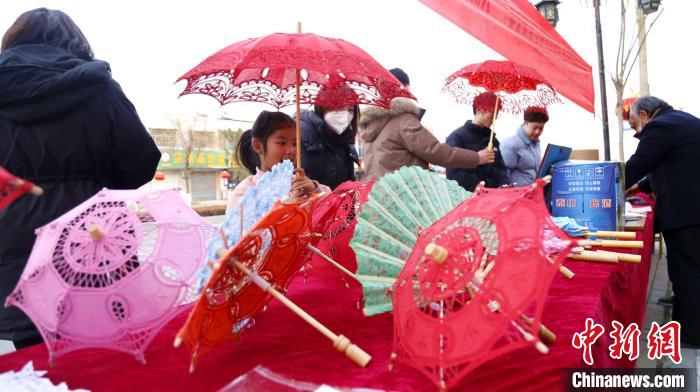 (College at the grassroots level in the New Year) Tai’an, Shandong: Catching up with the Yellow River Fair to find the taste of the New Year

“Nianji is ‘crowded’! There are many stalls and many people, so that it is the most lively and has the flavor of the New Year.” In Daji, Shankou Town, Daiyue District, villager Wang Shunxing quickly got on the electric car as soon as he arrived at the gate of Daji. Get down, push the cart and follow the flow of people to the bustling part of the market.

“Not only are the things complete, but they are also cheap and fresh. I can’t carry them anymore. I’ll take them home later and plan to come again.” Local citizen Wang Qi pushed the cart by himself, planning to stock up on more goods and bring them back. 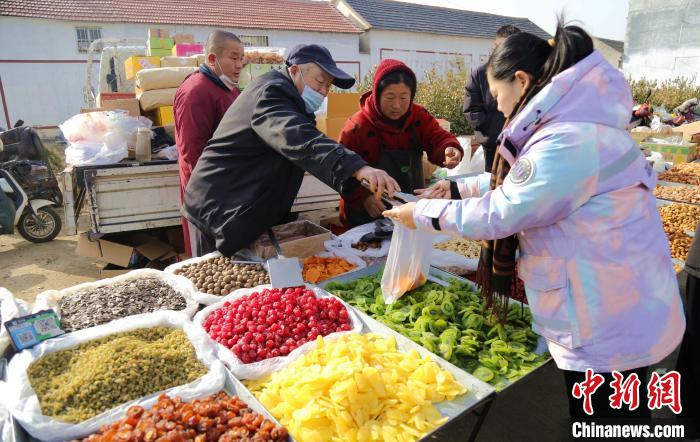 Different “market-goers” have different moods. Some people pack their bags to the brim, while some walk around and only care about the process of “rushing”, revealing a sense of leisure and complacency. If you are tired from walking, you can find a booth to sit down, take a bite of the crispy fritters just out of the pan, and a bowl of warm tofu nao, and you can eat delicious food for a dozen yuan.

Of course, there are not only customers but also stall owners who come to “go to the market”.

“Yesterday I was near Yingsheng Market. Today I heard from friends that there was a market in Shankou Town. I came here after 7 o’clock in the morning.” Huang Ye, a 60-year-old calligraphy lover, said while sorting out his handwritten Spring Festival couplets. Wu Lianshan from Fan Town also woke up early, bringing the fresh peppers picked yesterday afternoon to the stall. “There are four greenhouses at home, and cucumbers and lettuces are planted. The quality and taste are very good.” Wu Lianshan said that now the vegetables are selling well, and life is booming.

“The traditional craftsmanship of Dawenkou lace is derived from Lu embroidery, which has a history of more than 2,000 years. It is a typical representative of traditional Chinese weaving and embroidery crafts, and has the title of drawing treasure in the world.” In the middle of the crowd, Tang Binjie, the inheritor of “intangible cultural heritage”, explained clearly and logically. By exploring the cooperative production mode of township processing points, thousands of farmers, self-employed and mothers have broadened the way to get rich by learning embroidery, and realized the “two correctness” of increasing the income of the family. 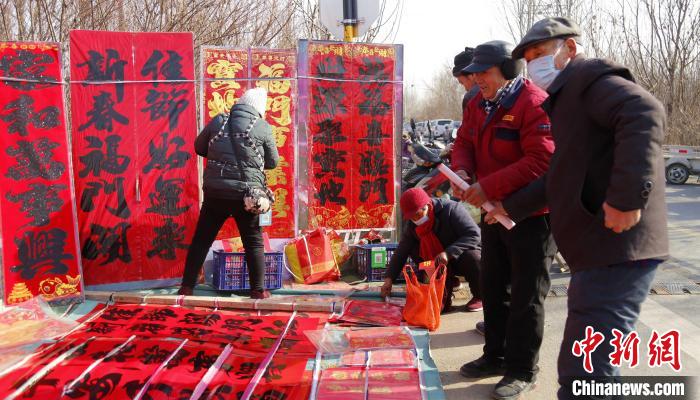 Following the hustle and bustle of the crowd and continuing to walk in, a stall was surrounded by crowds of onlookers, and the cheers revealed the heartiness and enthusiasm of Shandong people. Literary and artistic volunteers in Daiyue District wrote Spring Festival couplets and blessing characters for the villagers, and wrote the best wishes for the New Year into the Spring Festival couplets and blessing characters, so that the common people can feel a strong cultural flavor.

Going to the “big market” in winter is a memory of childhood, and it is also a lingering wanderer complex after growing up. The 11 towns and streets in Daiyue District have unique Yellow River Markets, which not only solve the problem of vendors selling and setting up mobile stalls at will, but also provide convenience for the public to buy New Year’s goods. (Finish)