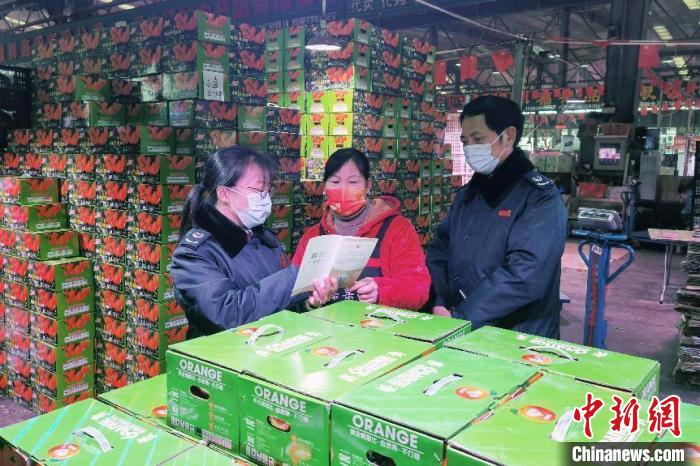 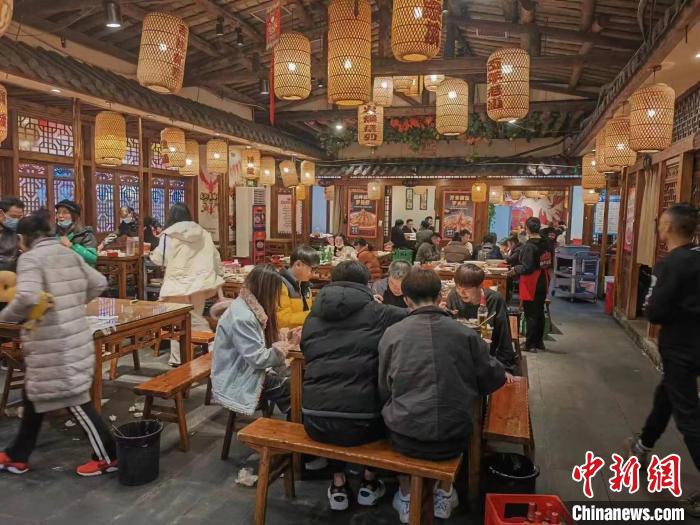 China News Service, Chongqing, January 5th (Chen Yingliang Qinqing) At the end of the year and the beginning of the year, shops in the streets and alleys of Chongqing are busy again, gathering the “fireworks” of the mountain city and rushing to 2023. Entering the largest “vegetable basket” in the central urban area of ​​Chongqing – Shuangfu Agricultural Trade City in Jiangjin District, merchants welcome and deliver goods, workers unload and sort goods, market operation and maintenance patrol inspection, buyers look at goods and place orders…

“This busy scene is hard-won.” Lin Fusong, head of Fuxinlong’s frozen food business department, said on the 5th in Shuangfu Farmer’s City that the store’s revenue will decline in 2022, but the cost of maintaining operations must be paid on time. Liquidity is increasingly tight. Fortunately, the business department enjoys preferential policies such as value-added tax reduction and exemption and personal income tax reduction and exemption exceeding 60,000 yuan, which relieved the financial pressure in time.

Individual industrial and commercial households are an important part of the real economy and an important starting point for stabilizing employment and ensuring people’s livelihood. In order to minimize the impact of the epidemic, the state has frequently introduced policies to replenish vitality, energy, and vitality for self-employed individuals.

“Tax reduction and fee reduction is the most direct and effective measure to help companies bail out.” The relevant person in charge of the Chongqing Municipal Taxation Bureau said that the taxation department has implemented tax support policies for small, medium and micro enterprises, individual industrial and commercial households, and industries with special difficulties. Help small stores to develop more stably, better and faster.

“Now that the catering demand of various companies is gradually recovering, we don’t have to worry about sales. In December 2022, the store will achieve a sales revenue of nearly 600,000 yuan, an increase of 176% compared to the same period last year.” Lin Fusong said happily.

In 2022, a new combined tax and fee support policy will be implemented, with small and micro enterprises being the main beneficiaries, providing financial support for the orderly recovery of the small store economy. The data shows that from January to November 2022, Chongqing has added a total of 65 billion yuan in tax cuts and fee reductions and tax refunds. Among them, the implementation of the phased exemption policy for small-scale taxpayers and the implementation of the policy of halving the collection of “six taxes and two fees” for small-scale taxpayers, individual industrial and commercial households, and small and micro enterprises have added 4.56 billion yuan in tax and fee reductions .

The catering industry is one of the most concentrated industries of individual industrial and commercial households. It is related to people’s livelihood and employment, and it is also connected to the fireworks in the world.

Lao Gan’s Restaurant, which specializes in crayfish, is a famous Jianghu restaurant in Chongqing. At the beginning of the new year, night fell, and there was an endless stream of diners waiting in line outside Lao Gan’s restaurant on Yanghe Middle Road, Jiangbei District.

“Dine-in restaurants were greatly affected by the epidemic last year, but our confidence has always been there, not only because of the enthusiasm of the diners, but also because of the support of various national policies.” Li Zhengqiang, the person in charge of the store, introduced that in 2022, the store will enjoy a small Large-scale taxpayers are exempted from value-added tax, personal income tax and other preferential tax policies in stages, and the tax reduction and exemption exceeds 40,000 yuan. The annual revenue is about 1.4 million yuan. Especially since mid-December 2022, the takeaway business has maintained growth. Nearly 60% of dine-in orders have recovered.

A series of preferential tax and fee policies have taken effect in Chongqing, and more than 80% of individual industrial and commercial households in the city do not need to pay taxes, which further enhances the confidence of market players in the development. Data show that from January to November 2022, a total of 237,800 individual industrial and commercial households have been newly established among the tax-related market entities in Chongqing, a year-on-year increase of 68.35%.

The relevant person in charge of the Chongqing Municipal Taxation Bureau stated that it will continue to implement various tax and fee support policies, spare no effort to reduce the burden on the development of individual industrial and commercial households, and provide targeted and personalized tax and fee services to further help individual industrial and commercial households grow stronger. (use up)