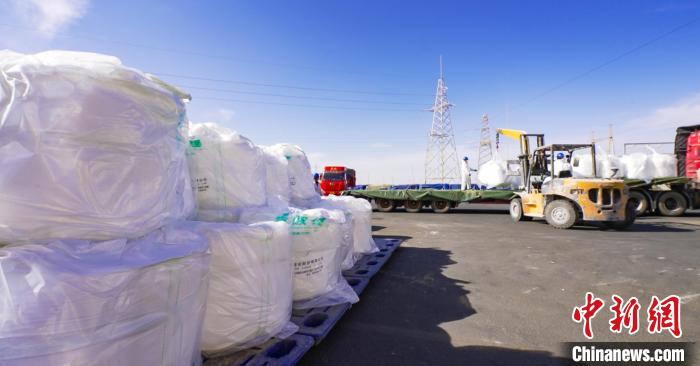 China News Service, Xining, January 7th (Li Jun) On the 7th, the reporter learned from the Department of Industry and Information Technology of Qinghai Province that in 2022, the province will accelerate the promotion of key tasks such as salt lake industry cultivation, technology empowerment, and factor protection, and steadily advance Construction of “world-class salt lake industrial base”. In the first three quarters, the province produced a total of 6.8002 million tons of potash fertilizer (physical volume), a year-on-year increase of 9%; 3.8975 million tons of soda ash, a year-on-year increase of 3.5%; lithium carbonate increased by 22.5%.

Qinghai Province has intensified efforts to tackle key problems in salt lake industry technology, combined with industrial development, integrated research on common and advanced technologies, and focused on the preparation of low-cost anhydrous magnesium chloride, the industrialization of magnesium-based ultra-stable mineralized soil repair materials, and the industrialization of electronic-grade high-end lithium hexafluorophosphate The key core technologies have been fully tackled, new breakthroughs have been made in key technologies such as extraction of lithium from raw halogen, and the production technology of high-purity magnesium oxide crystal materials has filled the domestic gap.

The province promotes the digital transformation of key enterprises, and carries out work such as the “Smart Salt Lake” 5G application pilot and the construction of the “Smart Salt Lake” industrial Internet platform. The Industrial Internet Big Data Management Platform of Qinghai Salt Lake Industrial Co., Ltd. was listed as a pilot demonstration project of the Ministry of Industry and Information Technology’s big data industry development. At the same time, the National Key Laboratory of Comprehensive Utilization and Protection of Salt Lake Resources, built with the Qinghai Salt Lake Institute of the Chinese Academy of Sciences as the main body, has been included in the list of the first batch of key laboratories recommended by the Chinese Academy of Sciences. (Finish)