The 2023 GDP targets of 31 provinces have been announced, and many places have expressed their positions to strive for better results-Chinanews.com

China News Service, January 16th, title:[China New Observation]The 2023 GDP targets of 31 provinces have been announced, and many places have expressed their positions to strive for better results

New year and new goals. At present, the expected economic growth targets for 31 provinces, autonomous regions and municipalities in 2023 have been released.

GDP targets of most provinces are higher than 5%

Judging from the GDP targets of various regions, most provinces are higher than 5%.

Chongqing, Gansu, Henan, Jilin, Heilongjiang, Shanxi, Inner Mongolia, Yunnan, Fujian, Hebei, Sichuan, Guizhou 12 provinces, autonomous regions and municipalities target at 6% at the same time, but the expression is slightly different, Chongqing is above 6%, Gansu, Henan 6%, and the remaining provinces are about 6%.

More than 5.5% in Shanghai, about 5.5% in Shaanxi and Guangxi, more than 5% in Guangdong, Shandong, Zhejiang, and Liaoning, about 5% in Jiangsu and Qinghai, more than 4.5% in Beijing, and about 4% in Tianjin.

Hainan has the highest GDP target for 2023

Among the 31 provinces, autonomous regions and municipalities, Hainan has set a target of around 9.5%, ranking first. It is worth noting that Hainan’s 2022 GDP target is around 9%, which is also ranked first.

According to the Hainan government work report, in 2022 Hainan will successfully deal with four rounds of sudden outbreaks and carry out two rounds of extraordinary actions to stabilize the economic market. The economy has shown a positive trend month by month in the fourth quarter, and the regional GDP is expected to achieve positive growth.

The bonus of the construction of the free trade port has made Hainan ambitious. In 2022, the construction of Hainan Free Trade Port has made remarkable progress, the preparations for customs closure operations have been fully launched, and the export-oriented economy is booming. It is estimated that the total import and export of goods will exceed 200 billion yuan, an increase of 35%. Service trade increased by 21.6%. The actual use of foreign capital exceeded US$4 billion, an increase of 15%. 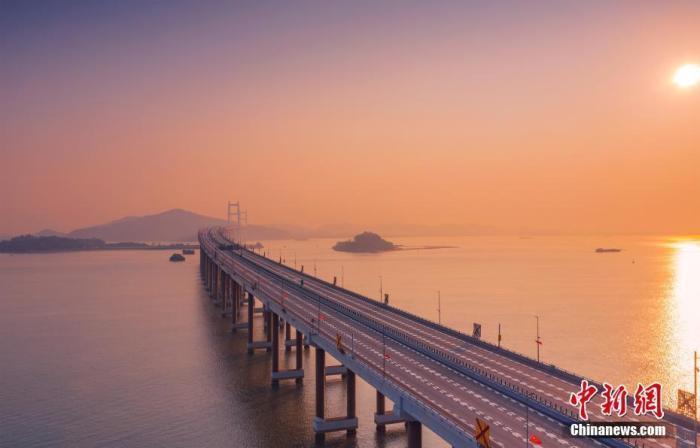 The top four economic provinces are anchored at 5%

Guangdong, Jiangsu, Shandong and Zhejiang, the top four major economic provinces, all set their GDP growth target for 2023 at the same figure: 5%.

However, the expression of the target is slightly different. Among them, Guangdong, Shandong, and Zhejiang are all above 5%, and Jiangsu is about 5%.

Express your position in many places and strive for better results

Chinanews.com’s “China New Observation” column noted that many provinces have made it clear in their government work reports that they are striving for better results.

Among them, Sichuan proposed that the GDP of the region will increase by about 6% in 2023, and try its best to strive for better results to ensure that the total volume exceeds 6 trillion yuan.

Chongqing proposes to increase the regional GDP by more than 6% in 2023 and strive to achieve better results.

In 2022, Jiangxi’s GDP is expected to grow by about 5%. Jiangxi proposed that the GDP of the region will increase by about 7% in 2023, and try to strive for better results in actual work.

Zheng Houcheng, director of the Yingda Securities Research Institute, believes that when setting economic growth targets for this year, localities have considered not only the challenges and pressures facing the economy, but also the advantages and confidence of their own development, which will help boost confidence in economic development. (Finish)

Share
Facebook
Twitter
WhatsApp
Copy URL
Previous article
Retired fishermen in Dongting Lake area innovated “fish and snail breeding” to boost harvest and increase efficiency during the Spring Festival-Chinanews.com
Next article
If 2023 does not usher in the restart that investors are looking forward to?