“The Ancestral Land of Hakkas and Taiwan” was published to explain the process of the Hakka people in western Fujian moving to Taiwan-Chinanews.com 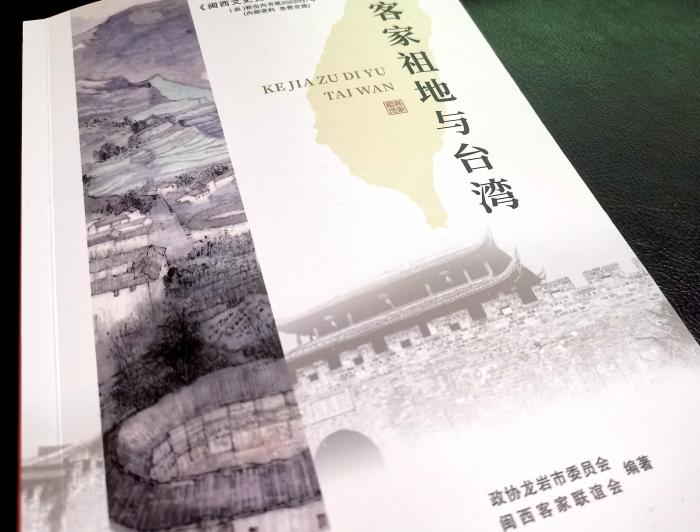 Chinanews.com, Longyan, January 5th (Reporter Zhang Jinchuan) “A young student from Taiwan, Xiao Weizhong, who is studying in university, accompanied his father to visit the Hakka genealogy exhibition. He happily pointed to the name on it and said to his father: ‘Abba, our branch is here…’”

Clans on both sides of the strait lead each other. The anecdote above happened during the genealogy tour of the Shanghang Hakka Family Genealogy Museum in Longyan City, Fujian Province, before it went to Taiwan for a tour. “Hakka Ancestral Land and Taiwan” was jointly edited by the Longyan Municipal Committee of the Chinese People’s Political Consultative Conference and the Hakka Friendship Association in West Fujian, and was published during the ongoing “two sessions” of Longyan City. 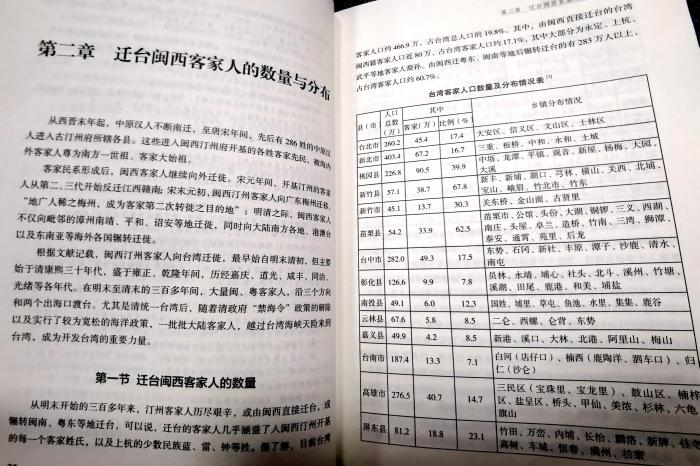 Inside page of the album “Hakka Ancestral Land and Taiwan”.Photo by Zhang Jinchuan

Li Guiyi, chairman of the Longyan CPPCC, pointed out in the preface to the album that Hakka immigration to Taiwan is an organic part of the development and construction of Taiwan by the Chinese people from Fujian and Guangdong as the main body. .

Located in the west of Fujian Province, Longyan, commonly known as Minxi, is a well-known “Hakka ancestral land” at home and abroad. For a long time, the exchanges between Hakkas in Fujian and Taiwan have never been interrupted, and the ancestral kinship has formed an inseparable emotional connection and strong bond between them.

Li Guiyi said that experts and scholars from both sides of the strait jointly compiled the album “Hakka Ancestral Land and Taiwan”, which aims to comprehensively explain the historical process of the Hakka people in western Fujian moving to Taiwan, their distribution, clans, associations, folk customs, folk beliefs, economy, culture and education in Taiwan. , celebrities, interactions with other ethnic groups, and exchanges with mainland ancestral lands, etc., focusing on the unique role of “Hakka ancestral land” in promoting the spiritual harmony of compatriots on both sides of the strait. .

Li Guiyi said that the whole album is both academic and readable. It not only makes extensive use of historical documents and field survey materials on both sides of the Taiwan Strait, fully absorbs new research achievements of Hakka, but also describes many vivid and touching stories. 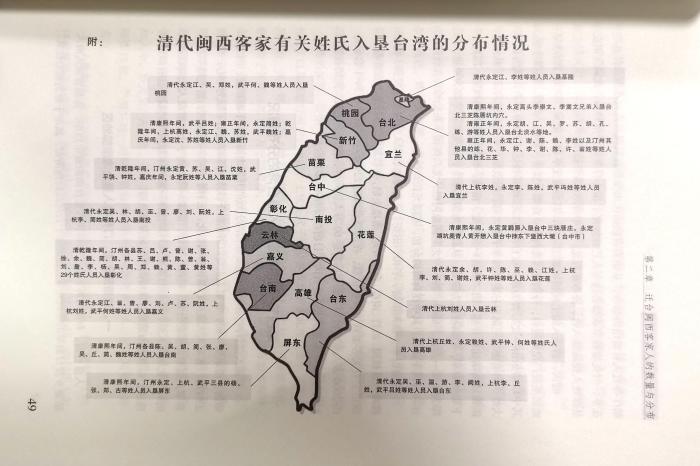 Inside page of the album “Hakka Ancestral Land and Taiwan”.Photo by Zhang Jinchuan

“Blood is thicker than water.” Speaking of the publication of “Hakka Ancestral Land and Taiwan”, Zhong Debiao, a member of the Longyan CPPCC and a Hakka scholar in western Fujian, said in an interview with a reporter from Chinanews.com on the 5th, “From the Hakka genealogy, customs, In other respects, the Hakka culture in Taiwan is exactly the same as that in western Fujian.”

Zhong Debiao believes that this album has important historical and practical significance in strengthening the identity of Taiwan compatriots to the Hakka ancestral land, promoting the complete reunification of the motherland, and enhancing the cohesion of Chinese and Chinese descendants at home and abroad.

Share
Facebook
Twitter
WhatsApp
Copy URL
Previous article
Most of my country opens big data during the coldest time of the year to see how cold Xiaohan “King of Cold” is – Chinanews.com
Next article
Direct attack: Beijing-Guangzhou Railway “Steel Warrior” plays the “Symphony” of track-changing in the cold night-Chinanews.com