The ancient capital is full of lights and shadows to welcome the spring this year-Chinanews.com 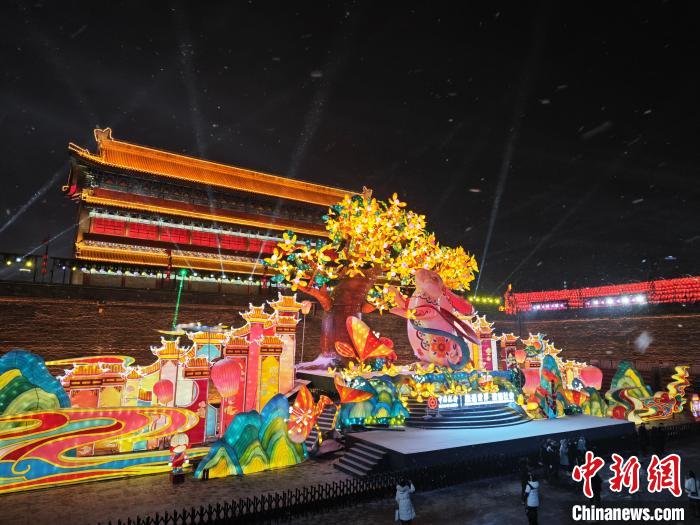 Chinanews.com, Xi’an, January 20th, title: The ancient capital is full of lights and shadows this year to welcome the spring

The night fell and the lights came on. The Pedestrian Street of the Big Wild Goose Pagoda Scenic Spot in the ancient capital of Xi’an is full of tourists. Looking up, there are strings of “poetry” lights hanging in the night, shining like stars. Passing through this long street, the lights and shadows on the eve of the Spring Festival are also “lit up”, reflecting the meaning of the year in the city.

The Xi’an City Wall New Year Lantern Festival is full of fire, trees and silver flowers, and the night sky is bright.Photo by Mei Yutaki

“One step at a time, this is a Chinese-style romance unique to Xi’an.” The night view of Xi’an’s “Poetry Long Street” aroused netizens’ amazement. As the ancient capital of thirteen dynasties, Xi’an has repeatedly attracted the attention of tourists from all over the world with its profound cultural heritage and trendy cultural tourism experience, and its cultural tourism activities during the “Year of Xi’an” Spring Festival have also attracted much attention.

“Wearing Hanfu and walking among the pavilions, surrounded by ancient gardens and roads, fire trees and silver flowers, I seem to have traveled into the prosperous age of the Tang Dynasty.” Immersive Spring Festival experiences such as garden viewing and lantern viewing are the “post-95″ girl Chen Yu and her friends in Xi’an. required”. On the night of the northern Xiaonian, the New Year Water and Land Lantern Festival in the Tang Furong Garden in Xi’an lit up the night sky. Among more than 30 groups of lanterns with different styles, such as “Dragon and Phoenix Showing Prosperity”, “Flower Rabbit” and “Hundred Cute Rabbits”, Chen Yu’s “Tongpao” “They can be seen everywhere.

“Chang’an is like returning to spring after the snow, and the sun is condensed and the sun is shining.” Back in the main city of Xi’an, under the snow all over the sky, the “rabbit” element lanterns scattered on the city wall are dazzling. The Xi’an City Wall New Year Lantern Festival, which lasted for 36 years, is one of the most important festivals in the city. 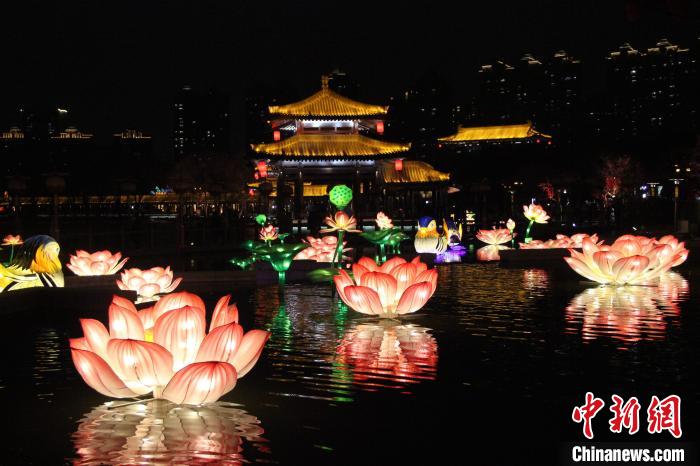 “This year’s Lantern Festival, in addition to the traditional theme of praying for blessings and welcoming the new year, will also visualize Xi’an’s heavy cultural relics, intangible cultural heritage, high-tech, ecological protection and other characteristic resources, as well as animals and plants that children like.” Xi’an City Wall Scenic Spot News Spokesperson Bai Yiwen expressed the hope that tourists of all ages can enjoy what they need, and enhance citizens’ sense of identity and pride in the city.

Not only the lights and shadows intertwine, but the taste of the New Year on the tip of the tongue is also a crucial “flavor” in the New Year for Xi’an people. As early as before and after the “Laba Festival”, there were long queues in front of several “time-honored brands” in Xi’an. Traditional New Year products such as cured beef, croquettes, and sausages are the “obsession” on the dinner table of “Old Shaanxi”. At the same time, exploring the “old taste” full of new ideas has become a link that people look forward to every year. 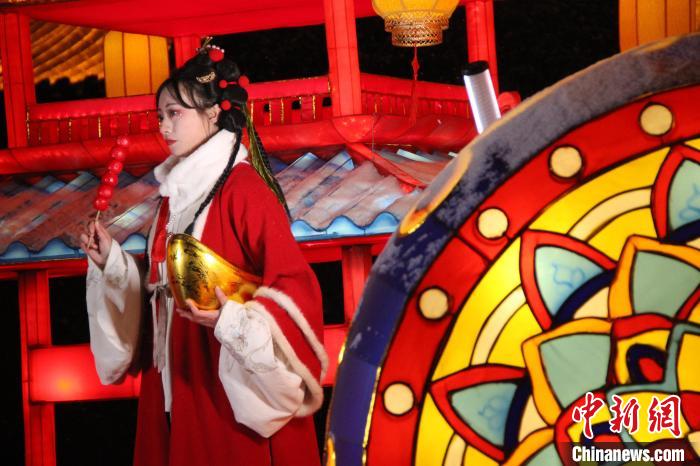 The picture shows people dressed in ancient costumes experiencing the charm of the prosperous Tang Dynasty.Photo by Zhang Yichen

The reporter saw in some supermarkets in Xi’an that a variety of Xi’an-limited delicacies, such as broomcorn and red dates sweet rice in northern Shaanxi, glutinous rice with cured meat, etc., occupy the “C position” of New Year’s goods. As an important dish of the New Year’s Eve dinner, regionally customized eight-treasure rice is very popular among “Laosan”; in the “time-honored” paomo restaurant, the newly launched “Rabbit Year Paomo” has become a trendy “check-in” for tourists. The “mash-and-match” combination is not cumbersome, but it adds a lot of festive atmosphere to diners.

“This is the first time we tried to add zodiac elements to steamed buns, and we didn’t expect it to be very popular.” Min Jingni, a staff member of Xi’an Tongshengxiang Restaurant, told reporters that since the beginning of the month, they have begun to provide customers with rabbit images and ” “The old taste has not changed, but the atmosphere of the New Year and the sense of ritual of the festival can bring people a different kind of food experience.”

In addition to the traditional taste and scene of the year, Xi’an’s modern and innovative city image is also constantly being updated. At the time of leaving the old and ushering in the new, the country’s first Tang-themed Metaverse——“The Nightless City of the Tang Dynasty” was released in Xi’an. In this digital living space that interacts with reality, through the exchange and intercommunication of cultural resources and cultural IPs such as museums, a The 3D immersive commercial consumption scene with immersive experience, a digital Chinese New Year experience unfolds in the ancient capital. 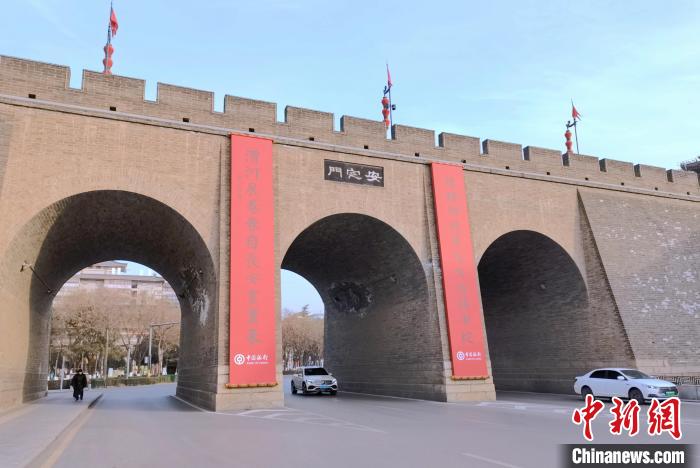 The picture shows the Spring Festival couplets on the Anding Gate of Xi’an City Wall.Photo by Yang Yingqi

“The silk road is paved with paper, and dreams bloom from Dazhi poems. The Weihe River unfolds, and spring comes from Chang’an paintings.” Passing by the Anding Gate of Xi’an City Wall, the reporter saw several passers-by stopping for the Spring Festival couplets collected from all over the world.

“Spring Festival couplets on the city wall are hung every year, and I also look at them every year. This is the unique cultural connotation and ‘facade’ of our city.” The 67-year-old Shanxi Renzhi Iron Hammer plans to read all the Spring Festival couplets on the city gates. “Tomorrow is New Year’s Eve, I’ll go home to celebrate the New Year after I’ve finished watching the remaining copies.” Saying goodbye to the reporter, Zhi Hammer pushed the bicycle and walked to the next city gate. (Finish)