The CPPCC Shandong Province expands the consensus-building “circle of friends” and creates a “concentric gathering of sectors” platform for gathering knowledge-Chinanews.com 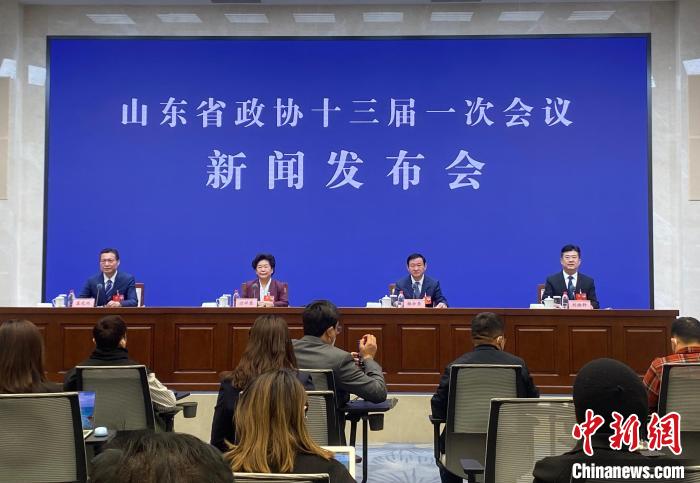 The press conference of the First Session of the 13th CPPCC Shandong Province.Photo by Li Mingrui

Chinanews.com, Jinan, January 10th (Li Mingrui) The reporter learned from the press conference of the first meeting of the 13th CPPCC Shandong Provincial Committee on January 10 that since 2022, the innovation committee of the CPPCC Shandong Provincial Committee has contacted the sectoral mass institutional mechanism to With the goal of “walking together with one heart and one direction, gathering knowledge and wisdom”, we will create a platform for “concentric meeting of different sectors” to gather knowledge, and build a consensus carrier of “building one, uniting one community, and connecting one party”.

According to Liu Xiaozhong, Director of the Shandong CPPCC Member Activity Studio, the main organization method of the “Sector Concentric Meeting” is to form a team with leading members to build physical venues in areas where the service targets are relatively concentrated. By giving full play to the professional advantages of the relevant industry sectors, it is institutionalized and normalized for the masses in the field, industry, or adjacent areas, especially intellectuals outside the party, people in the non-public economy, and people from new social classes. Gathering activities, “achieve the multiplier effect of ‘a team of committee members’ influencing ‘a group of people’, thereby expanding the ‘circle of friends’ and drawing a big ‘concentric circle'”.

In addition, as a province with a large population, education and health issues have always been the major livelihood issues that the people care about. Wei Yuxiu said that the CPPCC Shandong Province attaches great importance to the handling of proposals for education and medical care, and will promote the implementation of the proposals and ensure the combination of improving people’s livelihood. Carry out on-site supervision at the grassroots level. “It not only promotes the solution of practical problems, but also demonstrates the excellent work style of government departments, which improves the satisfaction and sense of gain of the people.”

At the meeting, Bian Xianghui, secretary-general of the Shandong Provincial CPPCC, announced the basic situation of the new Shandong CPPCC members. A total of 866 members were arranged for the first session of the 13th CPPCC Shandong Provincial Committee, which absorbed a large number of parties, groups, ethnic groups and all walks of life. The new representatives have added fresh blood to the CPPCC, strengthened its vitality, fully demonstrated the prosperity of the united front and the people’s CPPCC, with successors, and laid the foundation for the work of the CPPCC to open up a new situation.

It is reported that the first meeting of the 13th Shandong Provincial Political Consultative Conference will be held in Jinan on the morning of January 12 for a period of five and a half days. (Finish)