The first meeting of the 14th National People’s Congress of Zhejiang Province opened, economic development and cultural strength of the province attracted attention-Chinanews.com 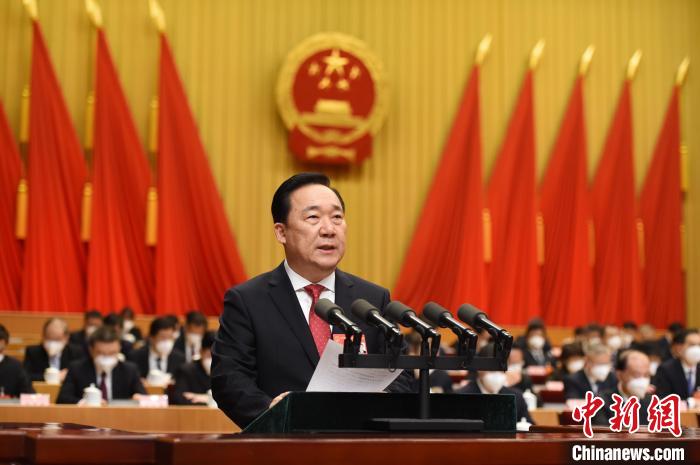 Chinanews.com, Hangzhou, January 12th (Wang Yifei, Qian Chenfei) On the 12th, the First Session of the 14th National People’s Congress of Zhejiang Province opened in Hangzhou. In this meeting, economic development and cultural construction have become hot topics of concern to the provincial people’s congress representatives and attendees.

As a major economic province, Zhejiang regards high-quality development as its top priority. In his government work report, Zhejiang Governor Wang Hao introduced the overall requirements and objectives of the province’s development in the next five years, and proposed that the focus of economic development should be on the real economy.

Yang Weidong, deputy to the People’s Congress of Zhejiang Province and chairman of Zhejiang Satellite Holding Co., Ltd., said in an interview with reporters, “Zhejiang is a strong manufacturing province, and the core of high-quality development is the real economy. Zhejiang’s coastal economy is developed, and it is recommended to focus on clean energy supply guarantees Vigorously develop photovoltaics, wind power, nuclear power, etc. I believe that after the adjustment of the energy structure, it will also play a positive role in the development of the real economy in Zhejiang. Today’s government work report also mentions the implementation of the “No. 1 Reform Project” of the business environment. This undoubtedly boosts the confidence of entrepreneurs, and I am looking forward to the implementation of this project.”

The first session of the 14th National People’s Congress of Zhejiang Province opened.Photo by Zhang Bin

Zhou Zhaoman, president of the Mexican Chinese Youth Federation who attended the meeting, returned to Zhejiang from overseas three years ago to participate in the two sessions of the province. He said that during the epidemic prevention and control period, everyone helped each other and persisted together. As an overseas Chinese, we are sincerely proud of the development achievements made by our hometown. In the new stage of epidemic prevention and control and in the new year, I have more confidence.

“This year, I plan to open 10-15 new hypermarkets in Mexico, push more good products from Zhejiang to the Mexican market, and do my best to promote economic exchanges between China and Mexico and the economic recovery of my hometown,” Zhou Zhaoman said. .

Lin Liang, deputy to the People’s Congress of Zhejiang Province, secretary of the party committee and chairman of Zhejiang Cultural Investment Group, paid more attention to the construction of Zhejiang as a culturally strong province. He said, “Zhejiang has very good cultural resources, such as Wannian Shangshan, Five Thousand Years of Liangzhu, Thousand Years of Song Yun, and Hundred Years of Red Boats. During the process, the common people have very strong spiritual and cultural needs. Especially after the epidemic prevention and control has entered a new stage, serving the people’s yearning for a better life and benchmarking against the goal of building a cultural highland and a culturally strong province in the new era, Zhejiang’s cultural undertakings , The cultural industry still has a lot of room for improvement. I am very glad to see that the government work report emphasizes the need to promote the deep integration of culture and tourism as an entry point, further highlight the charm of cultural Zhejiang, and implement the “Double Hundred” project plan for cultural and tourism investment. In the next five years Annual investment of more than 1 trillion yuan will be completed to ensure the land and capital needs of major cultural and tourism projects.”