The first Serbian “Chinese Stage” comes to an end, Chinese and foreign musicians use classic music to convey timeless friendship-Chinanews.com

The first Serbian “Chinese Stage” came to an end.Photo by Tamara

Chinanews.com, Shanghai, January 14th (Chen Jingguaner) The reporter learned on the 14th that the first Serbian “Chinese Stage” came to an end amidst the music of “I Love You China” performed by Chinese and Serbian musicians.

It is reported that the holding of this concert has gathered the dedication of many Chinese musicians. Violinist Wang Shihan said that it is very hard to concentrate on practicing and playing Chinese music such as “Miaoling Morning” under the circumstances of academic stress, but he will perform the essence of Chinese art on the international stage with extra care and affection. Marco also said that she has not returned to China for three years. This time I had the opportunity to participate in the “Chinese Stage” in Serbia, and played so many Chinese classic music for the Serbian audience, as if I really felt the earnest eyes of the relatives in the motherland and the murmurs of the predecessors of Chinese music. 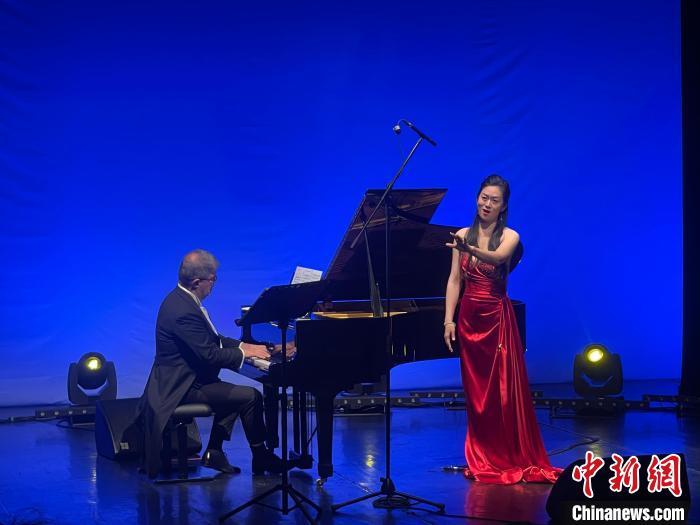 Mr. Zheng, the specific organizer of this concert, told the reporter that when he asked several people who were destined for the performance of the violin solo “Morning in Miaoling” at the same time, he received many responses: Chen Gang, the original editor and composer, sent Pan Yinlin, a violinist living in Australia, sent the relevant score when he performed the world premiere in Shanghai that year; Ning Feng, a famous violinist who is teaching in Berlin, sent the live score of the piece he performed a few years ago.

The reporter learned that at the end of the concert that night, Zhang Wanzhe, Wang Shihan, Ma Ke and Deyan Sinadinovich performed “I Love You China” together; Yuan composed the famous song “New Year’s Music” and sent sincere blessings in English. There was endless applause and cheers in the concert hall… The Montenegrin pianist La Timir Martinovic, the famous Serbian director Aleksandr Nikolic and others came to enjoy the concert that night and presented flowers and blessings.

According to reports, the Shanghai Foreign Cultural Exchange Association and others are stepping up plans to create more “Chinese stage” performances, with the help of Chinese and foreign classic music, to convey timeless friendship. (Finish)