The “first test” of the Spring Festival travel at Hangzhou West Railway Station: stay safe on the way home, warm your heart and accompany you on the journey-Chinanews.com 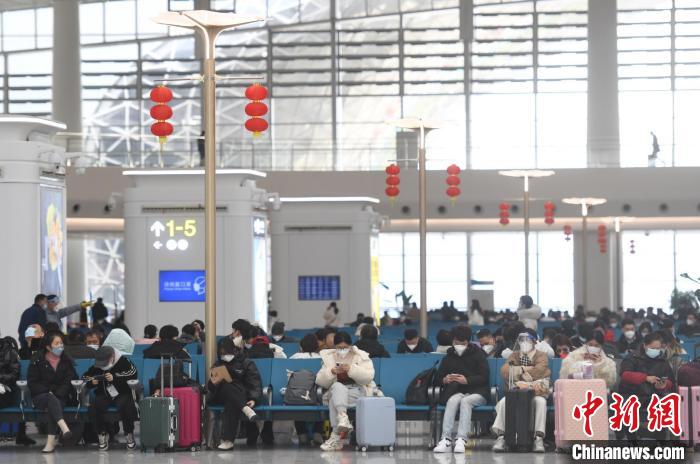 Chinanews.com, Hangzhou, January 17th (Zhang Yuhuan) On the 17th, with the slow departure of the D3076 train, a new day of Spring Festival travel work at Hangzhou West Railway Station kicked off again. Hangzhou West Railway Station, which was only officially put into operation in September last year, how to deal with the first Spring Festival travel test since the station opened?

In the first Spring Festival travel season, the emphasis is on the word “warm”.

On the morning of the 17th, the reporter came to Hangzhou West Railway Station and saw that many calligraphy lovers were writing Spring Festival couplets and sending blessings to passengers in the waiting room, so that passengers could take “blessing” home; Jingshan tea demonstration attracted many tourists. At first glance, the antique tea ceremony performance attracted people to take out their mobile phones to take pictures as souvenirs; ginger tea distribution points were set up in waiting rooms and station entrances, and volunteers cup after cup to keep passengers warm.

The reporter saw that there are 7 self-service ticket offices in Hangzhou West Railway Station, 1 behind the elevators on both sides of the “Cloud Valley” on the ground arrival floor, 2 in the east and west entrance halls, and 1 comprehensive service center in the waiting room. There are a total of 53 automatic ticket vending machines. machine. Although the passenger flow today has increased compared with the previous few days, the scene is still orderly.

Wu Peipei, head of the station on duty at Hangzhou West Railway Station, said that every area in the station can provide services such as ticket purchase, rebooking, refund, printing of reimbursement vouchers, and printing of itinerary information reminders.

As an important node project of the “Yangtze River Delta on Rails” and an important transportation supporting project for the Hangzhou 2022 Asian Games, during the Spring Festival travel this year, Hangzhou West Railway Station proposed to implement prevention and control measures and gather various forces to provide safe and orderly travel for passengers , Warm travel to send a wonderful experience in the New Year.

The heart-warming service is indispensable to the “Zhijiangxin Station” Lei Feng Service Station. The service station inherits the fine tradition of “Zhao Hongwei Service Network Class” and implements personalized services in Hangzhou West Railway Station. For example, for key passengers of different categories such as the blind and those with disabilities, the station will be connected in advance to grasp the special service needs.

For the first Spring Festival travel season, the word “new” is still important. 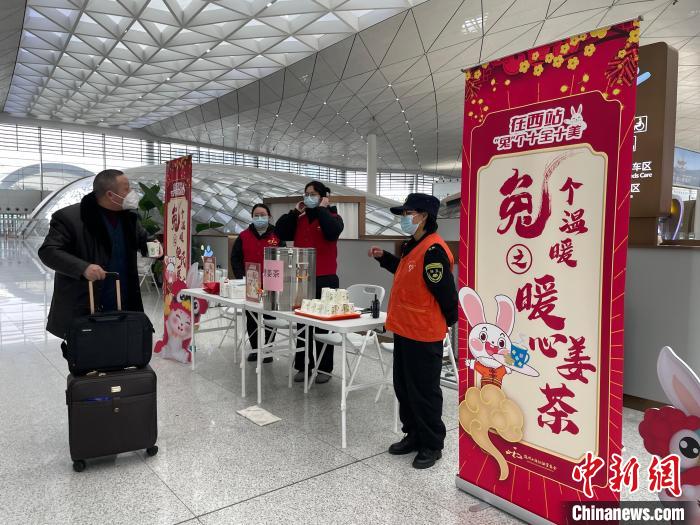 In order to meet the upcoming passenger flow peak, Hangzhou West Railway Station is continuing to strengthen forecast research and judgment, and do a good job in risk prevention in advance. “For example, for trains with a relatively concentrated departure passenger flow, we will do a good job in on-site organization, focusing on strengthening the guiding force at the entrance, ticket gate, and platform level to ensure that passengers enter the station in an orderly manner.” Wang Qiang said.

The reporter saw that in order to further implement prevention and control measures, disinfecting and washing robots were also introduced in the waiting room. According to the planned route, the robot can work continuously in the designated area for 4 hours, covering 1200 square meters per hour. In addition, Hangzhou West Railway Station is also “waiting for the battle” and intensified patrol efforts to ensure safety. During the Spring Festival travel season, the railway police will be on duty 24 hours a day, performing regular patrols, security checks, line inspections and other tasks to “escort” every wanderer on the way home. (Finish)