The focus of world public opinion for a week: Japan intensifies the game between China and the United States to benefit 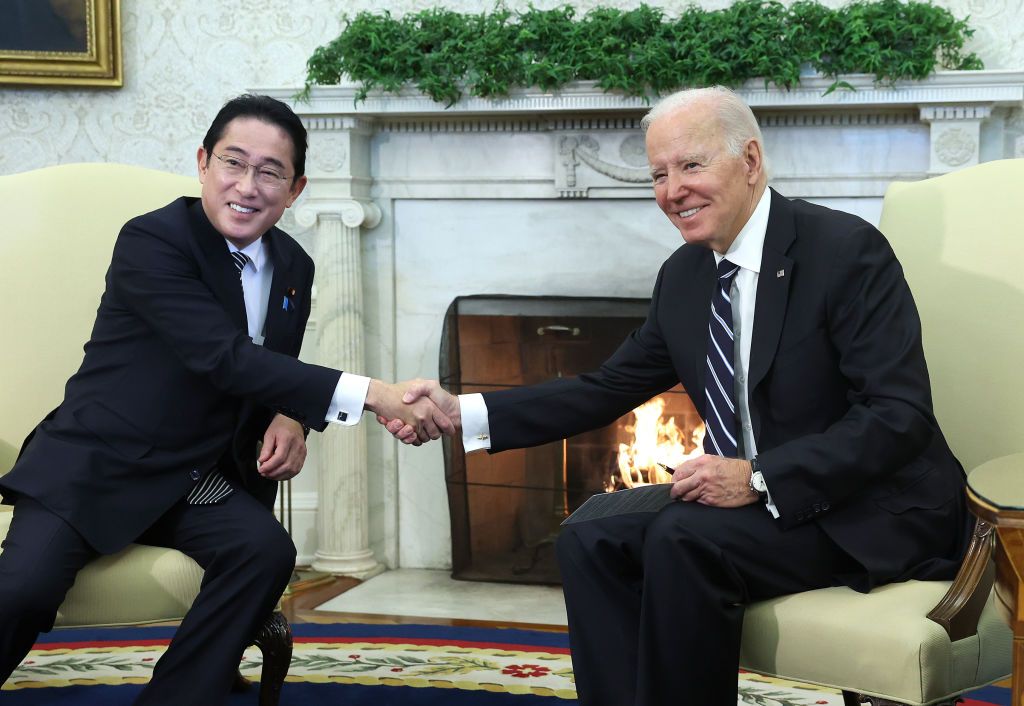 Last week, international public opinion generally paid attention to Japanese Prime Minister Fumio Kishida’s seven-nation tour. This is because Kishida’s trip seems to have made some progress in uniting the allies to contain China. This is concentrated in: Japan and the United Kingdom signed the “Reciprocal Access Agreement” (RAA) to promote the joint training of the British Army and the Japanese Self-Defense Force. This is a document of practical significance. What is more noteworthy is that US President Biden told the visiting Kishida that the United States is “comprehensive, thorough, and unreserved” committed to Japan’s defense, praised Japan’s national security strategy, and said that the US-Japan relationship “has never been so close.” “.

The essence of all the above is that the United States basically takes the position of uniting all forces that can be united, and welcomes all countries to join the ranks of the United States to contain China, let alone Japan, a developed country that is geographically close to China At the same time, Japan, which is determined to make itself a “normalized” country, can’t wait and is trying to adjust its strategy of containing China within the framework of the United States. It must act on its own initiative, at least to increase its own initiative.

The author believes that Kishida’s trip to the seven countries has brought about subtle changes in the situation, but the prospects are still unclear and still need to be observed.

Opportunity to get a piece of the pie

Kishida’s series of actions last week stemmed from the strong desire of some countries to take advantage of the urgent opportunity of the Sino-US game and take a share of it. Japan is a typical example of this.

As far as Japan is concerned, Biden told Kishida that the United States is “comprehensive, thorough and unreserved” committed to Japan’s defense, praised Japan’s enhanced national security strategy, and said that the relationship between the United States and Japan has “never been closer.” Kishida said: The current security environment is the most challenging and complex, and the role played by Japan and the United States is becoming increasingly important.

A joint statement issued after the meeting between Biden and Kishida also said: “Biden commends Japan for fundamentally strengthening its own defense capabilities and demonstrating diplomatic leadership.”

Biden also said: “We are modernizing the U.S.-Japan military alliance on the basis of Japan’s record high defense spending and the formulation of a new national security strategy.” He also thanked Kishida for his close cooperation with the United States on technological and economic issues.

This is one of Biden’s basic strategies of “containing China”, that is, in the military, the United States encourages allies to increase military investment to serve the geopolitical interests of the United States.

Therefore, the essence of the matter is: the game between China and the United States has rekindled many countries with a history of colonialism and imperialism once again participating in the “dream of a great power” that changed history. This is also one of the important reasons why these countries are willing to stand with the United States— — Get a piece of the action to contain China.

Japan is a typical example of this kind of country: Although Japan was defeated in World War II, the Japanese people did not accept this fact from their hearts. The attitude towards the Yasukuni Shrine is an example. As Japan’s post-war economy took off, this sense of nationalism became stronger. , let alone accept China’s rise. In this context, the “China Threat Theory” has become the main international public relations strategy used by the Japanese right wing to deal with China’s rise and reverse history. In this way, Japan takes advantage of the current Sino-U.S. game to act as a vanguard, tempting the U.S. to encircle and suppress China. In recent years, it has curbed China’s “free and open Indo-Pacific” concept, and the U.S.-Japan-India-Australia “Quadruple Security Dialogue” platform, They are all masterpieces of Shinzo Abe, the representative of Japan’s containment of China.

The fundamental goal of Japan to contain China is: to use external forces to provoke Sino-US conflicts in the Asia-Pacific, and at the same time participate in them to contain or even bring down China, and then improve its own status and profit from it.

At the same time, the right wing of Japanese politics is also using the “China threat theory” to subdue the pacifist tendency in Japan, making the people more support Japan’s military expansion and even amending the pacifist constitution, because the public referendum is the “normalization” of Japan, especially the “normalization” of the military. Indispensable legal process.

Also, Kishida has his own troubles personally. Some international media analysts believe that: two months ago, the Kishida cabinet was caught in a scandal. Because of political donations and other issues, many cabinet members resigned one after another. Kishida himself was also exposed to nearly a hundred blank invoices in the political donation income and expenditure report. Japanese opinion polls show that the support rate of the Kishida cabinet is only 33%, and 46% of respondents believe that Kishida should resign in the first half of this year. In this context, Kishida tried to use diplomatic achievements to restore the sluggish approval rating.

Circumstances have changed but the outlook is uncertain

So, what is the effect of Kishida’s allied public relations this time? The author believes that: Kishida’s diplomatic action should be said to be fruitful, but the real future prospects are still unclear, and we need to continue to observe. At the same time, China must carefully consider its future strategy for relations with Japan.

Judging from Kishida’s harvest, Japan and the United Kingdom signed the “Reciprocal Access Agreement” (RAA) to promote the joint training of the British Army and the Japanese Self-Defense Force. This is a document with practical significance, because after all, it means the future of the British army. Can enter Japan.

The United States and Japan announced a significant strengthening of military ties, an upgrade of the U.S. military’s military posture, including the presence of newly designated naval units, advanced intelligence, surveillance capabilities and the launch of anti-ship missiles, according to two U.S. officials. Ability.

US Secretary of Defense Lloyd Austin said at a news conference with Secretary of State Anthony Blinken, Japanese Foreign Minister Hayashi Yoshimasa and Japanese Defense Minister Yasuichi Hamada that the 12th Marine Regiment and an artillery regiment will be Redesignated as the 12th Coastal Regiment.

“We are replacing an artillery regiment with a more lethal, agile, and capable asset,” he said, adding that the move would “enhance deterrence in the region and allow us to more effectively defend Japan and its people.”

CNN believes that this statement sent a strong signal to China and is part of a series of initiatives aimed at emphasizing the security and intelligence relationship between the two countries.

In addition to the above-mentioned practical support, U.S. President Biden also gave political support to Kishida’s expansion of armaments, that is, “comprehensive, thorough, and unreserved” commitment to Japan’s defense, support for Japan’s defense spending to hit a record high, and support for Japan’s formulation of a new version of the national defense system. The foundation of a security strategy.

But things are not that simple.

The Russian Satellite News Agency analyzed that: Japan and the United Kingdom have a common feature. They are both developed countries to a certain extent, but their dominant position and influence are declining.

The article believes that: Fundamentally speaking, Japan’s overall national strength has shown an irreversible decline compared with China. Even if the United Kingdom is added, it will be difficult for Japan’s strength to continue to confront China. What’s more, the United Kingdom is a country far away in the Atlantic Ocean. Its involvement in Asian affairs is limited, and the sustainability of its cooperation with Japan is also questionable.

The conclusion of the article is: Unlike the world situation more than 100 years ago, the main players in international politics in the “post-post-Cold War era” today are China and the United States.

Another key issue is: since the end of World War II, it is the United States that has taken practical actions to contain Japan and prevent it from becoming a “normal country.” Otherwise, Japan would have returned to a “normal country” at least militarily. Let Japan “normalize” without scruple?

In addition, there is a stable number of people in Japan who have deep-rooted anti-American sentiments. Can Biden’s support this time help the Kishida government, which has a very low support rate, to operate Japan’s “normalization”? All this still needs to continue to be observed.

In addition, in the face of Japan’s accelerated “normalization” pace, China needs to seriously and carefully consider the future Sino-Japanese relations from a strategic perspective.

(Note: The author is a policy researcher. This article only represents the author’s personal views. The editor’s email address is bo.liu@ftchinese.com)