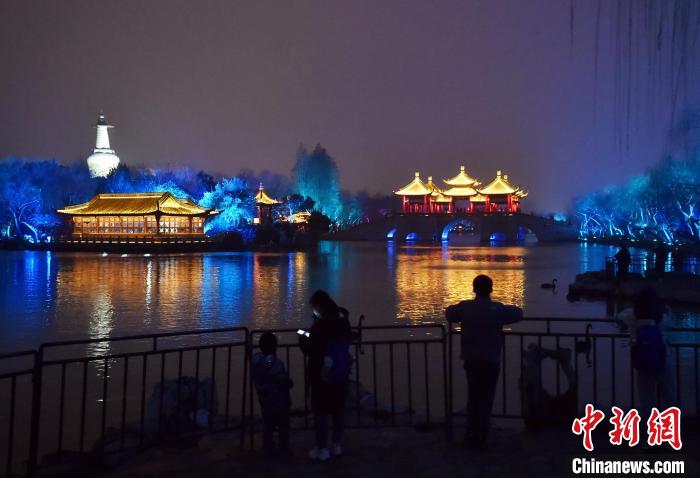 During the Spring Festival, although the temperature is low, people’s enthusiasm for traveling is still high. The ancient city of Yangzhou is filled with a happy and peaceful New Year atmosphere. On the 23rd, the second day of the Lunar New Year, the first cold wave of the Year of the Rabbit brought strong winds, cooling, and freezing to “New Year greetings”, and Yangzhou started the “quick freezing” mode. The low temperature, rain and snow could not stop the people’s enthusiasm for travel. That night, the Slender West Lake “Two Split Moon Recalling Yangzhou” large-scale immersive night tour opened, and the popularity of the scene continued.

As the night falls, the Slender West Lake Scenic Area is full of brilliance, and the lights of the day dye the endless night sky. The ups and downs of Tang poetry legends tell stories of thousands of years, and it seems that Guangling is in the prosperous age of Guangling through time and space. 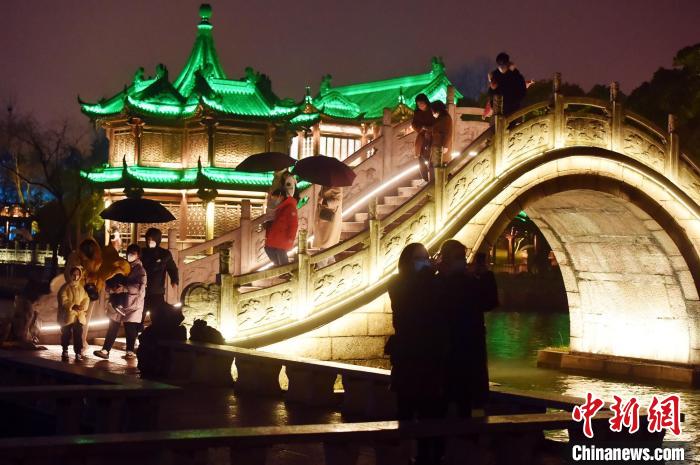 The low temperature, rain and snow can hardly stop the people’s enthusiasm for travel, and the popularity of night tours on the Slender West Lake has not diminished.Photo by Zhuang Wenbin

The relevant person in charge of the cultural, creative and performing arts department of Slender West Lake told a reporter from Chinanews.com that the Slender West Lake Scenic Area will launch a large-scale immersive night tour from the second day to the 16th day of the first month of the first lunar month. , the prosperous scene of the night market with thousands of lights shining on the blue clouds. According to his introduction, since its launch in the summer of 2021, the Slender West Lake Night Tour has taken Tang poetry as the core cultural context, and ten themes such as “Fireworks in March”, “Double Bright Moon” and “Spring River Flower Moon” have appeared in turn. The beautiful space-time tunnel of light and shadow allows you to feel the beautiful vision of poetry; in the Xiaojinshan area of ​​Xuyuan, the lights and performances complement each other, embellishing the deep artistic conception of the garden on the lake; in the Daosmanthus Hall area, the flying dance with the style of the Western Regions is still the most mysterious and brightest Eye-catching elements; the White Pagoda area of ​​Wuting Bridge is like a dignified and simple Chinese painting, with fascinating changes, bringing the beauty of Slender West Lake to the extreme; in the Ersisi Bridge area, a giant water curtain is vividly staged, telling the history of the ancient city of Yangzhou for thousands of years. 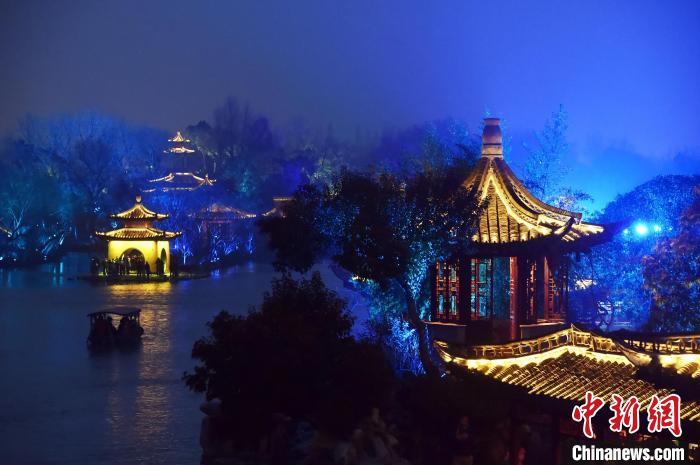 The charming Yangzhou night presents a wonderful night tour “visual feast” for tourists from all over the world, which makes people intoxicated and lingering.Photo by Zhuang Wenbin

“This is the only one in China with the theme of Tang poetry, with dreamy and beautiful light and shadow effects and wonderful cultural performances, which are deeply loved by the general public and tourists.” The relevant person in charge of Yangzhou Slender West Lake Scenic Area said.

A reporter from Chinanews.com saw at the scene that the Slender West Lake Scenic Area was crowded with people, and the jumping lights and patches of light and shadow made the Slender West Lake beautiful and radiant at night; the charming Yangzhou night presented to tourists from all directions. A wonderful night tour “visual feast”, which is intoxicating and unforgettable. (Finish)

Share
Facebook
Twitter
WhatsApp
Copy URL
Previous article
Welcoming the “good start” and the first “Ulanqab-Ekaterinburg” China Railway Express in the Year of the Rabbit-Chinanews.com
Next article
A new wave of cold air will affect the central and eastern regions with strong snowfall in western Tibet-Chinanews.com