The New Year’s Eve flower “Desert Phalaenopsis” blooms in the desert of Inner Mongolia and enters thousands of homes-Chinanews.com 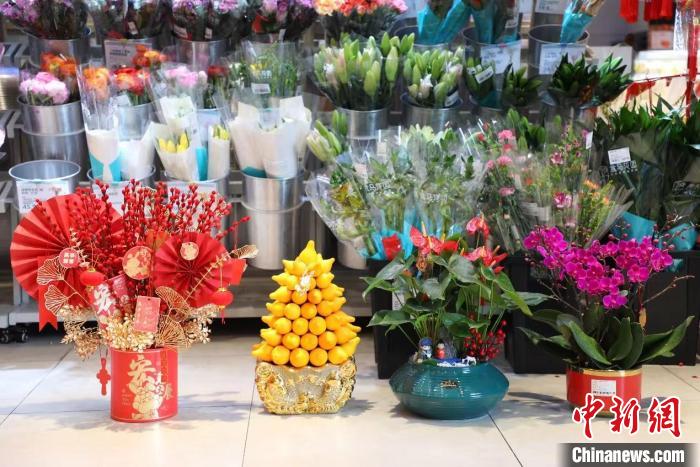 There are still 10 days until the Spring Festival, and the New Year’s Eve flowers are sold all over China.

The “2023 New Year’s Flower Cities Ranking” shows that in the last week of December 2022, online sales of New Year’s Flowers rose by as much as 60% month-on-month. Among the nearly 80 types of New Year’s Eve flowers that have been launched so far, Phalaenopsis “Heat Power” ranks at the top, and the sales volume of Phalaenopsis in Beijing, Guangzhou, Foshan, Shenzhen, Shanghai, Xi’an and other cities has broken into the top three.

Whether it is a popular annual gift or a favorite of many people, Phalaenopsis, known as the “Queen of Orchids”, “brings into” thousands of households from the desert.

In 2019, the largest Phalaenopsis base in northern China was built in the hinterland of the Kubuqi Desert, the seventh largest desert in China, allowing Phalaenopsis native to tropical rainforest countries to bloom in the desert.

The Kubuqi Desert is located in Ordos City, Inner Mongolia Autonomous Region. It has abundant sunlight, large temperature difference between day and night, and clean groundwater, which provides excellent natural conditions for the cultivation of Phalaenopsis.

A multi-span intelligent greenhouse with European standards, a 10,000-level sterile Phalaenopsis tissue culture center and an independent culture base, and the establishment of a research and development team for Phalaenopsis hybridization and cloning tissue culture…September 2022, located in Ordos City The Desert Hema Village in Hangjin Banner was officially listed. The first phase covers an area of ​​about 44,000 square meters.

Liu Jinchan, head of Phalaenopsis Tissue Culture at the Cultivation and R&D Center of Hema Village in the Desert, introduced that after the introduction of high-quality varieties, scientific and technical personnel carried out tissue cultivation to stem the flower seedlings of Phalaenopsis. “After the Phalaenopsis is stemmed, 1,000 Phalaenopsis can be cultivated from one stem.”

The aseptic environment of Phalaenopsis tissue culture is very strict, comparable to a surgical operating room in a hospital. The technicians in the inoculation room are doing “cloning surgery” on the Phalaenopsis buds in front of the glass operating table to achieve the effect of proliferation. “In the whole process, human skin tissue cannot touch the sprouts.” Liu Jinchan said. 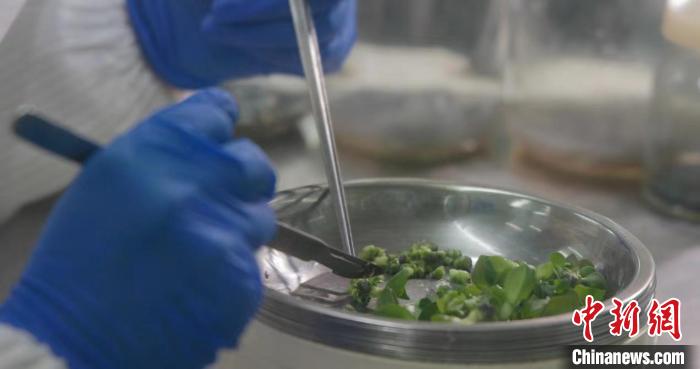 The picture shows the technicians in the inoculation room performing “cloning surgery” on the buds of Phalaenopsis.Photo courtesy of Hema Garden

The delicate Phalaenopsis will live in a bottle in its “infant period”. It takes 8 to 12 months to grow in a glass bottle from the mother bottle to the child bottle, but it has acquired resistance under the careful care of scientific researchers. Strong, vigorous vitality, gorgeous flowers, long flowering period of new varieties.

The flowers in the “Desert Phalaenopsis” base enjoy 12 hours of “sunbathing” every day, and adopt the cultivation technology of the Netherlands, Israel and other countries, so that all the Phalaenopsis seedlings “live” on the movable planting beds with constant temperature.

Today, the successful cultivation of “Desert Phalaenopsis” breaks the status quo of China’s “south-to-north flower transfer” and can realize reverse export. The Phalaenopsis in Inner Mongolia is transferred to Shanghai and other bases for flower promotion, and finally enters thousands of households. 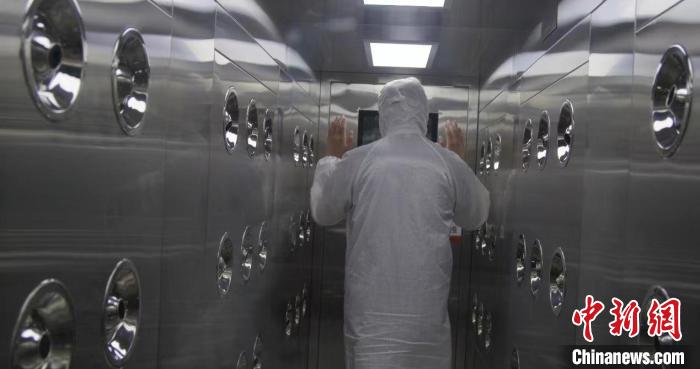 “Post-90s” Zhang Jialei, who once worked as an elementary school music teacher, is now the “dad” of these “Desert Phalaenopsis”. Looking at these competing flowers, as a local, he laments that Hangjin Banner, which mainly focuses on agriculture and animal husbandry, once It is a national-level poverty-stricken county with no distinctive agricultural brand. “It is a miracle for the local area that high-value-added plants in tropical and subtropical regions can be grown in the northern desert and achieved large-scale and industrialization.”

At present, there are a total of 150 local industrial workers and management personnel in the “Desert Phalaenopsis” base, and the per capita monthly income can reach 5,000 yuan.

Lu Yan, the person in charge of Hema Garden, said that with the mature logistics and transportation conditions, the transportation of “Desert Phalaenopsis” from Inner Mongolia to Beijing is even shorter than that of Yunnan flowers going north.

Lu Yan said that the “Desert Phalaenopsis” base plans to expand to three times the current area in 3 to 4 years. At the same time, complete scientific and technological facilities, strengthen scientific research capabilities, increase production, and turn Phalaenopsis, which is a major New Year’s festival scene, into four seasons. Sale. (Finish)

Share
Facebook
Twitter
WhatsApp
Copy URL
Previous article
“Post-90s” boy in Jiangxi takes his paralyzed mother to school: I am my mother’s legs-中新网
Next article
Chengdu launches “computing coupons” to help small, medium and micro enterprises “go to the cloud and use numbers to empower intelligence”-Chinanews.com