The “North-South Showdown” of the NBL All-Star Game kicks off in Tangshan, Hebei – Chinanews.com The players engage in a three-point shooting contest.Photo by Zhao Liang

The National Men’s Basketball League is one of the four national professional basketball leagues sponsored by the Chinese Basketball Association. The 2022 season NBL All-Star Game consists of a main game and an individual game. The main game is divided into the South District Star Team and the North District Star Team. A total of 22 active star players will appear on the stage. The star team in the North District has players such as Zhao Tianyi, Tang Jie, and Cao Xinxin, and the star team in the South District has players such as Cun Shouwei, Meng Bolong, and Yao Tianyi. 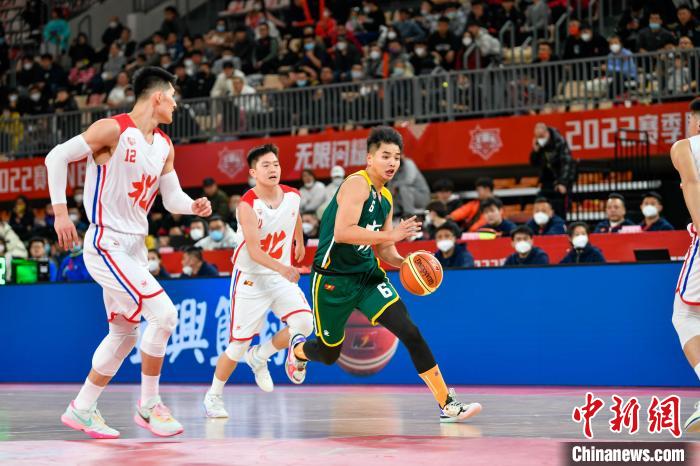 The South Star team player (green) breaks through the offense.Photo by Zhao Liang

The atmosphere of the whole game was hot, and the two sides had a wonderful duel, showing superb skills such as breakthrough layups, steals and fast breaks, long-range three-pointers, blocks and steals. That night, the three-point shooting contest and skill challenge were staged brilliantly. Meng Bolong, a star team from the South District, won the championship in the three-point shooting competition, while Cao Xinxin, a star team from the North District, won the championship in the Skills Challenge.

It is understood that this is the first time that this basketball league is held in Hebei Province, and the game is open to spectators. The NBL All-Star Game has many highlights. The organizers cleverly combined Tangshan traditional culture with basketball to show the achievements of Tangshan’s cultural, sports and tourism integration to all sectors of society. (Finish)

Share
Facebook
Twitter
WhatsApp
Copy URL
Previous article
The National New Year’s Taste Map is released to take you to unlock the top ten characteristic New Year’s flavors in the north and south of the river-Chinanews.com
Next article
UK recalls ambassador from Iran to protest execution of dual Iranian-British citizen