The Roots of the UK Nurses’ Strike – The NHS Crisis 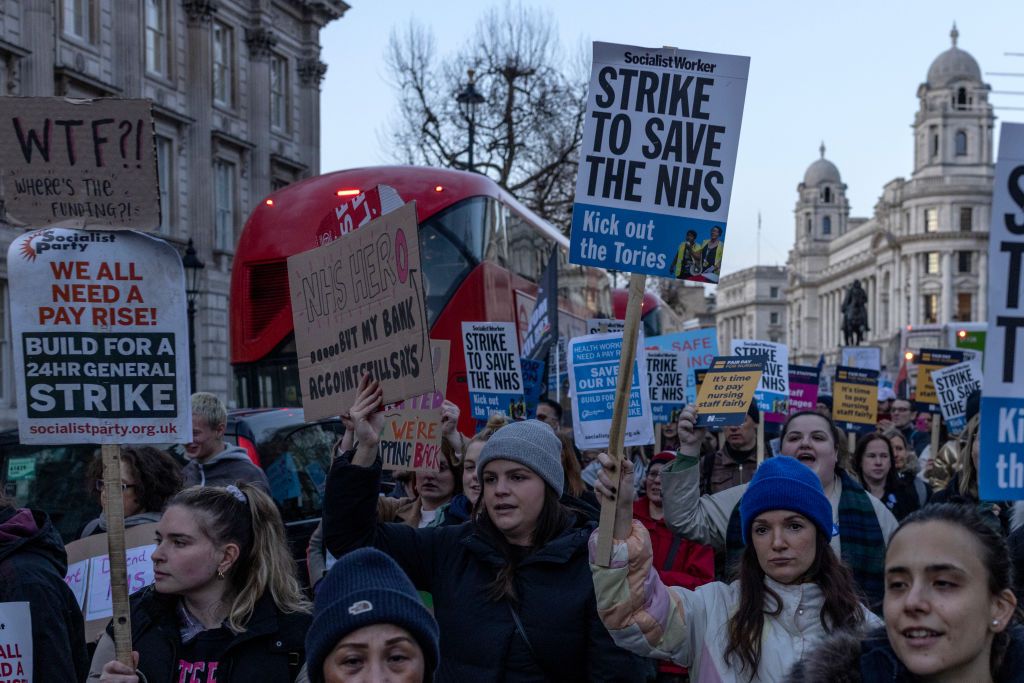 Nurses strikes are extremely rare in the UK. But recently, the nurses’ strike has been a staple of the UK’s daily news. Why can the strikes of other union organizations be subdued one by one, but the strike of NHS nurses has been going on forever? Why can’t the government and nurses’ unions reach a compromise?

There are four important players in this: nurses, the nurses union (the Royal College of Nurses), the government and the NHS pay review body (an independent body). The most important historical background that triggered this strike is that the NHS (National Health Service System) in the UK, which has lasted for more than 70 years, is in crisis. The NHS is the lifeblood of the British nationals, because this benefit allows all British people to see a doctor for free, and the medical service is of high quality. The issues involved in this strike are analyzed one by one below.

First, how did the strike come about?

Under the UK’s 2016 Trade Unions Act, at least 50 percent of the vote is required for strike action to be taken.

The Royal College of Nurses (the union of nurses) has around 300,000 members (around two thirds are NHS nurses). The trade union launched a vote to decide whether to strike or not, and found that the overwhelming majority of people were in favor of taking strike action, which met the statutory standards for a strike, so it held the first ever national strike (there was a nursing staff in Northern Ireland in December 2019. strike).

Second, what is the purpose of the strike?

There are two factors:

(1) The economic pressure accumulated over the years has gradually accumulated, and the two-year COVID-19 epidemic has exacerbated social conflicts in this area and erupted.

In 2010, the Conservative coalition government began to implement austerity policies to reduce the government deficit. This seemed to be a correct policy at the time, but it was ruthlessly “slapped in the face” during the epidemic. Because the austerity policy has reduced NHS funding and reduced beds, it is obviously unable to meet the needs of the early stage of the outbreak.

The turnover of personnel is also very fast. Healthcare workers are leaving the NHS at record levels, with 400 a week leaving in search of higher paying work, according to a February 2022 survey.

While recruiting overseas has been an integral part of NHS recruitment for decades, it has not been an easy or cheap option. A study commissioned by the NHS Foundation found it would cost £8,477.8 to recruit 21 UK nurses, compared with £6,371.41 for just one nurse from overseas. When you multiply that figure by the number of people needed to fill vacancies, the scale of the expense of recruiting people from overseas to fill vacancies is staggering.

(2) The influence of elderly care factors.

The problem arose when the NHS was created after World War II, when policymakers decided to separate health care (managed by the NHS) and aged care (managed by local governments). More than 70 years later, even though the two parts have moved towards integration to some extent, this division still exists.

Although two sides of the same coin, they are two very different systems. NHS care is free across the country, but the system for caring for the elderly is much more complicated, some are free, others need to pay, in short, it is related to the economic situation of each elderly person. If the elderly (for various reasons) do not have a care home (similar to a nursing home) to go to, they are often sent to the hospital, which occupies a large number of beds and prevents patients in need from receiving treatment.

Fourth, how did the Royal College of Nursing call this strike?

The Royal College of Nursing’s official page says: “Nursing remains understaffed and undervalued. After years of underinvestment, the government must act urgently to protect patients by protecting the nursing profession. When politicians neglect nursing, They just ignore the sick. We need members and supporters working together to achieve safe staffing. You can ask for a change today. Add your name, call on the Prime Minister to see the situation clearly and support fair pay for nursing staff. Or you can Help protect nursing practitioners from the economic fallout of this fight by donating to our strike fund.”

Fifth, why can’t the parties reach an agreement?

The union initially repeatedly called for formal pay talks with Health Secretary Steve Barclay. However, Prime Minister Sunak and Barkley insisted on implementing the salary agreement recommended by the NHS salary review agency in July (the proposal is to increase the average salary of nurses by 1,400 pounds in 2022-2023, which is equivalent to an average salary increase of 4.3%), and refused to discuss the salary. negotiation. “We wanted to be fair, reasonable and constructive, so we accepted an independent pay body’s advice on fair pay,” Sunak said in December 2022.

However, the union believes that the salary increase recommended by the NHS salary review agency at that time could not keep up with the high inflation in the second half of 2022. The salary increase for nurses this year should be 5% higher than the inflation rate. According to the peak of the inflation rate, This equates to a 19% raise, but the percentage can be lowered if interviewed with the government. There are reports that the union will accept a 10% raise.

But the government insists it will not discuss the issue again.

After entering 2023, under tremendous pressure, the current government has begun to make concessions. In an interview on the BBC’s Sunday with Laura Kuenssberg on Sunday, Sunak was asked if he would be willing to talk about nurse salaries this year. He said: “We are happy to discuss responsible, nationally affordable pay. That has always been clear, and we want to have a reasonable, honest, two-way dialogue about pay and everything else. Most importantly, we are negotiating.”

Sixth, what impact did the nurses’ strike have on patients?

Nurses have only been on strike for one day before Christmas so far. A nurses’ strike does not mean all nurses are out on strike as there is still a need to keep patients safe, but the strikes would result in staffing levels more akin to bank holiday or Christmas situations. The Guardian published a letter from a nurse: “On strike days, the NHS will ensure essential services are covered and all critical care will run as normal… Strikes are a means of ending unsafe staffing practices.”

Because no compromise has been reached so far, the union is preparing to arrange for nurses to take strike action on January 18 and 19, which has made the progress of nurse strike negotiations the focus of attention across the UK recently. Originally Health Secretary Buckley floated the idea of ​​giving nurses a sum of money this financial year to cover increased living costs, but 10 Downing Street and the Treasury rejected the idea. But as pressure mounts, No 10 is now keen on the idea, but says “negotiations are ongoing”.

At the same time, Sunak has been preparing to introduce a new anti-strike law, which will require the industry to ensure that the industry can continue to guarantee the basic social service level during the strike before the strike.

Thousands of routine surgeries have been called off, but polls suggest nurses have public support for their actions amid a wave of strike action. On the government side, there is also public support, because no matter how much salary increases nurses get in the end, they are all paid by taxpayers.

(Note: This article only represents the author’s personal opinion. The editor’s email address is bo.liu@ftchinese.com)