The Spring Festival of the first breakdancing national team: Marching towards Paris with youthful dance steps-Chinanews.com 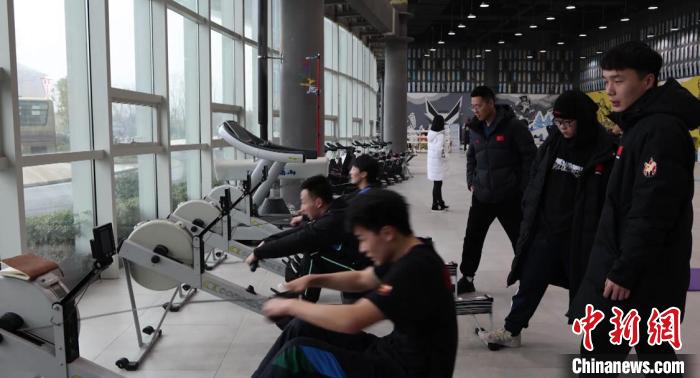 This young team, which was “born” just over ten days ago, has 8 equally young players, the youngest is 15 years old and the oldest is 30 years old.Photo by Ge Yong

(New Year at the Grassroots Level) The Spring Festival of the first breakdancing national team: Marching towards Paris with youthful dance steps

42 days, 254 days, 562 days… On the eve of the Spring Festival, a reporter from Chinanews.com went to the National Extreme Sports Lishui Training Base in Nanjing to visit the youngest Chinese national team, the Chinese National Breakdance Team, which is undergoing intensive winter training here. A countdown cardboard is erected in the training hall, reminding every team member of the time until important events.

Compared with the Spring Festival that is right in front of us, what makes everyone unable to stop training and dancing is that in the next year and a half, there will be nearly ten unmissable points competitions, world championships, qualifying matches, Asian Games, until the destination ——The stadium of the 2024 Paris Olympic Games.

China’s first breakdancing national team in the true sense was established on January 9, 2023. This young team, which was “born” just over ten days ago, has 8 equally young players, the youngest is 15 years old and the oldest is 30 years old.

“From the players to the coaches, and even the entire support team, they are very young, with an average age of less than 30 years old.” The coach of the team told reporters that although they are young, everyone has a heart to win glory for the country . 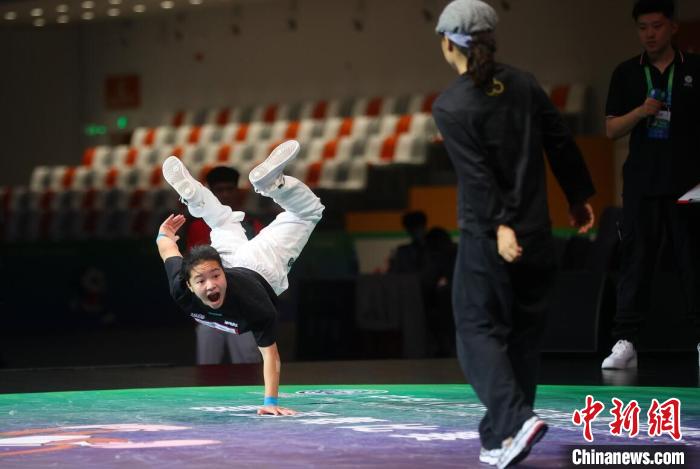 In October 2022, winning silver at the Korean Breakdancing World Championships made Liu Qingyi famous overnight, and was praised as China’s Bgirl by major media at home and abroad.Photo by Yang Bo

“Therefore, there is definitely no holiday for the Spring Festival. During this period, the national team’s training plan is very tight and intensive. The players need to quickly digest and absorb a lot of new knowledge in order to complete the two key training goals of solving technical difficulties and integrating Chinese elements into their own style. At the same time, we must actively prepare for the recent Japanese Olympic points competition in February, and it is only a month away from now.” The relevant person in charge of the Breakdancing National Team said. 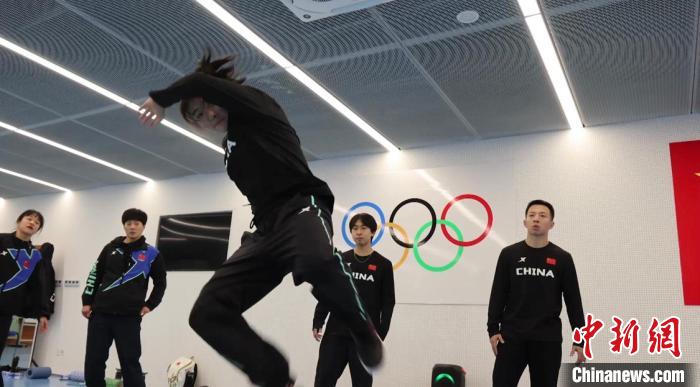 The more important homework in closed training is the integration of Chinese elements and various dance elements.Photo by Ge Yong

“The training is okay, but the English class at night is a bit tiring.” Zheng Ziyan, 15, is the youngest member of the national team. This third-year girl who is still struggling to learn English, but as long as she steps on the stage, she dances with strength and appeal. , making her instantly become a star under the spotlight.

“Basically every day, I wake up at 7:00 am, start training at 8:00, eat and rest at 12:00 noon, start training at 2:00 pm, return to the base to eat and rest at 6:00, and start studying after dinner.” Zheng Ziyan introduced the closed training with her fingers. In daily life, leaving her classmates who have already entered the winter vacation life, she needs to face about 7 hours of high-intensity training including physical fitness, core, and dance classes every day. “The most boring and difficult thing is that the coach repeatedly grinds each person’s shortcomings, and may only practice one dance step for a few hours in an afternoon.” 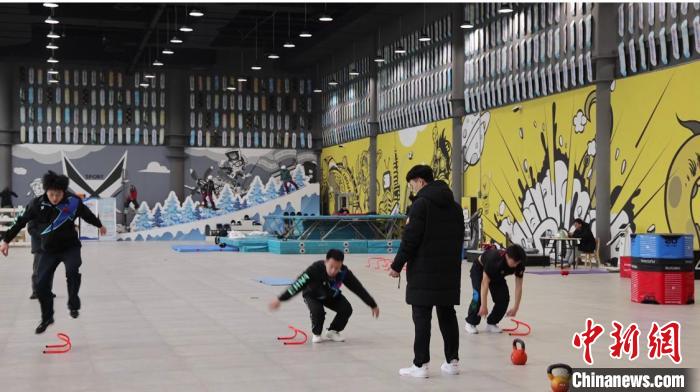 Zheng Ziyan told reporters, “Actually, before joining the national team, it was more difficult. I had to finish my school classes and homework every day before I could start training. For a long time, I started training at 9 o’clock in the evening and went to bed around 12 o’clock at night. I have to get up for school after six o’clock.” For her, the dual identity of junior high school student and athlete is not only the persistence of love, but also the challenge of time management. “However, as long as you stand on the stage and start dancing to the music, I felt that all the hard work was worth it.”

On January 18, the twenty-seventh day of the twelfth lunar month, Liu Qingyi left her warm home and went against the people returning home during the Spring Festival, returning to the Nanjing training base. “The team leader gave me a week’s vacation and asked me to go home and celebrate the new year early with my parents, because during the Spring Festival there will be intense closed training.”

Throughout 2022, Liu Qingyi spent closed training, foreign training and competitions, and did not go home for a day. The taste of her mother’s food made her miss it for a whole year. “In the past few days when I came home, my mother cooked a table of dishes for me to eat every day, and my stomach and heart are warm.” 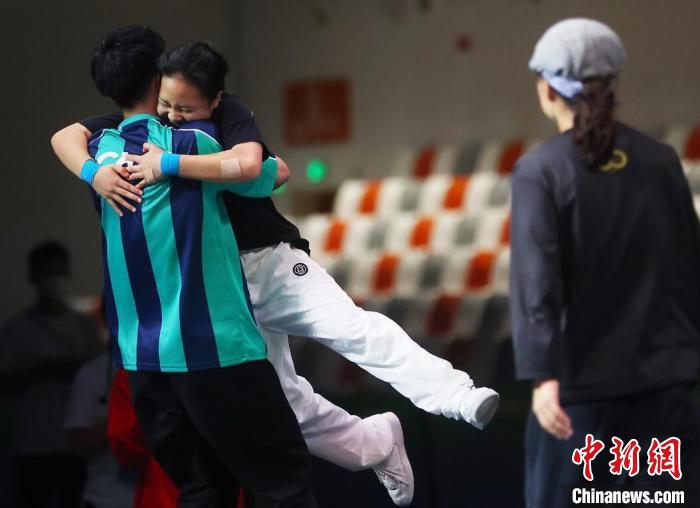 Reunion with family, dinner and shopping with friends, “dancing” with friends of the same school… In just one week, Liu Qingyi returned to the relaxed and comfortable life of an ordinary girl, enjoying the joy of youth and family affection the warmth.

In October 2022, winning silver at the Korean Breakdancing World Championships made Liu Qingyi famous overnight. She was praised by major media at home and abroad as China’s Bgirl, and she is also the most watched gold medal candidate for the national breakdancing team. Regarding everyone’s high hopes and expectations, Liu Qingyi, who “newborn calves are not afraid of tigers”, said bluntly, “The pressure is okay. The most important thing for me now is to study and train solidly. I didn’t think so far.” 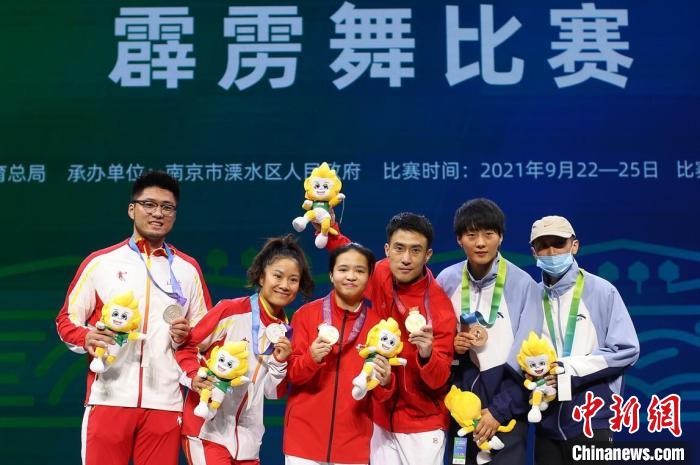 The team members are full of courage and drive, and they all have the goal of winning glory for the country.Photo by Yang Bo

Just like Liu Qingyi’s “declaration” in the circle of friends, “Stop talking nonsense, and prove everything with strength. Everyday is important day!”

Compared with other players, 30-year-old Zeng Yingying is the big sister in the team. As a track and field athlete, she was attracted by the richness and freedom of breakdancing. After retiring, she became a breakdancing enthusiast without hesitation, and because of this hobby I have been rushing into the national team. “This Olympic event is very inclusive. No matter how old you are, you can participate. I don’t have the burden of age at all. Instead, I feel that the physical advantages and experience of athletes can help me better understand and express dance moves. “ 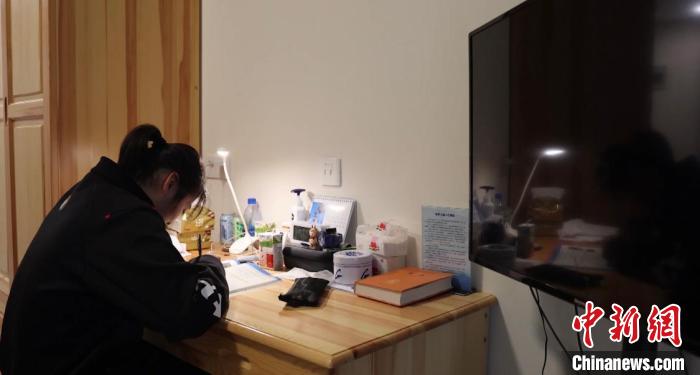 After training, the national team members are studying.Photo by Ge Yong

“Recently, our more important homework is the integration of Chinese elements and various dance elements. The team invited professional teachers from Chinese martial arts, Chinese dance, modern dance, yoga and other projects to teach us. For example, in the past few days The modern dance teacher comes to the class and will introduce us to the latest international and domestic modern dance trends and styles. Let us study how to combine with our own movements to show different characteristics. This is one of the reasons why I love breakdancing. It can increase There are many richness and possibilities.” Zeng Yingying believes that breakdance has become one of the most popular Olympic sports, “There is a lot of cultivation soil in China, and the threshold is not so high compared to other sports.”

Although the Spring Festival must be spent in hard training, the team has also prepared some surprises for the young people, “On New Year’s Eve, we have prepared a day of entertainment activities to let the players relax, and everyone will have a hot meal together in the evening. The vigorous New Year’s Eve dinner is to encourage the upcoming games.” (End)