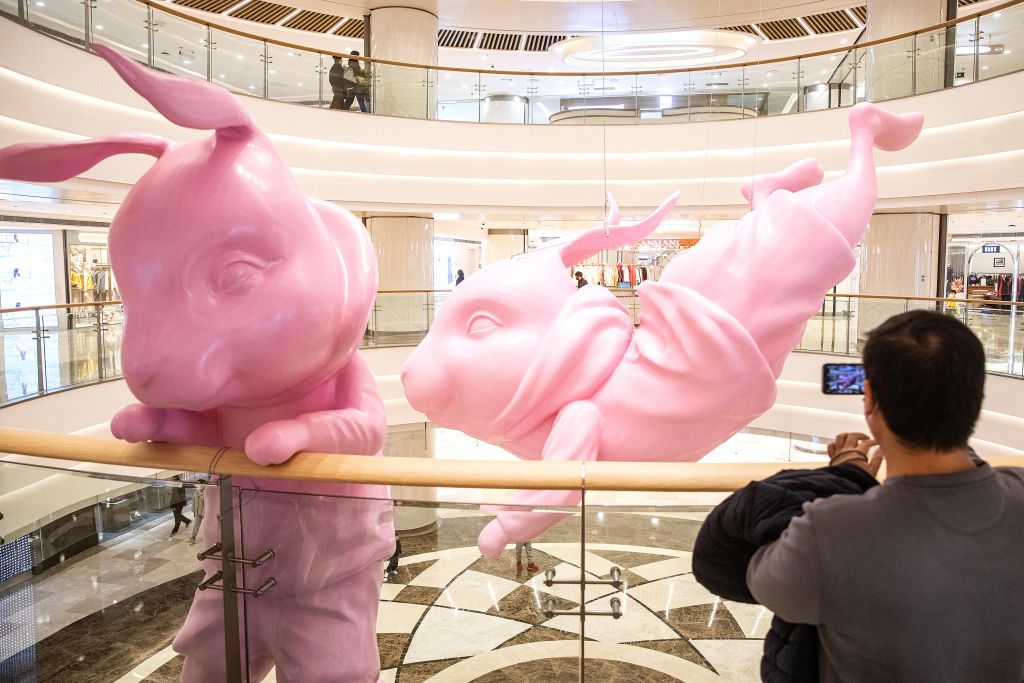 Rabbits all over the world probably don’t like Chengdu, Sichuan Province, because it is reported that the residents here eat about 200-300 million rabbit heads every year. Compared with Chaozhou cuisine, which has developed from the one-pot Chaozhou cold dish at the street stalls to the high-end Yan Bao fin in private rooms, Sichuan cuisine has been running wildly on the avenue of cheap and high-quality food. The reason why Chaozhou cuisine should be compared with Sichuan cuisine is because a rabbit head that costs ten yuan a piece cannot be compared with the Puning old goose head that costs a thousand yuan. You can talk about industrial upgrading, or you can talk about quality awareness, because the goose head, which was only thought of after eating the goose meat, has turned the goose meat into a maid today, but the goose head has become a lady.

I remember the first time I ate Old Goose Head with Scotch single malt whiskey with Brother Cai Hao on the eve of the Olympic Games. Talking about rabbit heads in the Year of the Rabbit is indeed a bit cruel. After all, it is rare to see people eating rabbit meat, but it is not uncommon to see various coats made of rabbit fur. Anyway, all kinds of poultry leftovers are added with dark soy sauce and edible salt, then marinated with spices such as ginger, onion, garlic, and pepper, and then put in various ingredients such as thirteen spices to cook, and then put them in a frying pan for deep frying. The method is no wonder that the small rabbit head can be made to be tender on the outside and tender on the inside, so it can be regarded as not letting go of any opportunity to ingest protein.

After the Spring Festival, the revitalized hotel industry, which has been dying for three years, will start to promote Easter activities with great fanfare. Easter is the first Sunday after the spring equinox and the full moon every year. Most high-end hotels that use Western festivals as promotions will arrange a warm rabbit nest in the lobby of the hotel. The Western proverb often says: “Crazy is like a rabbit in March.” “In fact, it is said that in early spring, the crazy mating of rabbits is completely the gestation moment of the animal world. The male rabbits compete fiercely in order to mate with the female rabbits, and the female rabbits will make continuous efforts before yielding to the male rabbits. refusal behavior. It would take another three days and three nights if these demands and competitions were placed in the video of the workplace Up master. But life is such a great thing. When a female rabbit conceives the first litter of rabbits, she can conceive the second litter of rabbits at the same time, and the phenomenon that they are born separately is called heterogeneous repregnancy by humans. In short, we often see a few lonely bunnies when the promotion starts at Easter, and it becomes a large rabbit shortly after.

The Easter eggs are because of the European legend that Easter comes from the goddess of spring, because the goddess of spring once saved a bird whose wings were frostbitten in winter and turned it into a rabbit, but because it used to be a rabbit Birds, so they still retain the ability to lay eggs, so this very reproductive rabbit became the later Easter bunny. However, in these European legends, these rabbits are wild rabbits rather than domestic rabbits, so the legend of extremely breeding becomes reasonable, otherwise the various birth certificates and household registrations will be extremely cumbersome. Thinking that PLAYBOY can make its logo into a bunny girl, there should be a metaphor for crazy mating. As I write this, I also feel that the people of Sichuan should not feel sad for eating hundreds of millions of rabbits every year.

The rabbit has become an excellent subject in the hands of the illustrator. The velvety and fluffy rabbit always appears in the colors of spring. This is the day when the plush toy was born in 1922. Over the past 100 years, ” The Velvet Rabbit has become one of the most popular children’s books in the world, has been translated into dozens of languages, and has been repeatedly adapted into stage plays and movies, leaving all kinds of people to imagine and restructure its styling.

And by 1865, Lewis Carroll’s “Alice in Wonderland” created a comically sinister world full of physical changes and logical and linguistic paradoxes. The states achieved through hallucinogens and various drugs make this book a touchstone of psychedelic literature. “Ask Alice, I think she will know!” This kind of psychedelic world that keeps turning upside down in the rabbit hole is just like the strange and confusing real world that we will encounter in the Year of the Rabbit , turned into an even more insane adventure than the current popular VR games.

The cruel and real world, the complex, strange and unknown scenes, make us nostalgic for the good life of the past even more after the passing of a generation of elderly relatives. Seeing that friends are starting to talk about old money, it seems that it is not far-fetched to have something to do with the death of the old man. It is indeed ridiculous and absurd to talk about old money for forty years. After watching four episodes of the well-produced domestic TV series “Moses on the Plain”, it almost perfectly reproduces the life scenes of 30 or 40 years ago. Even the TV commercials that I thought were about to be flawed turned out to be several brands that were often put on that year. Then when I suspected that the commercials were too long, an episode of “Love You Is Not Discussed” appeared on the TV screen. It is well-intentioned and well-made. And the performance of various details of the large-scale factory living area in the northern urban-rural fringe makes people wonder if there will really be any old money today?

In fact, there is old money, but first you need to check how old your money is, and also look at where your money appears. The era of bulky cheap suits and various chemical fiber dresses may not be more qualified to talk about old money than the later hit “White Lotus Hotel”. We are closed to the global life where the epidemic is raging, but the Western film and television industry has never been idle. In addition to this about the embarrassing things that happened to the rich when they traveled in the Four Seasons Hotel, the other two lifestyle movies of high-net-worth people ” Swords Unsheathed 2 and The Menu relentlessly mocked the ugliness of new money. Well-dressed people with money and leisure will go to a small island to participate in an exciting party or dinner on a boat. Many years of Chinese cultural education have alluded to this kind of travel as “boarding a thief ship”. This is what it means to say that getting on a boat is easy and getting off a boat is difficult. “Sword Unsheathed 2” almost exposed all the shameless faces of the new high-tech upstarts, and finally wiped out the exquisite design of a beautiful island and turned it into ruins. This result is in sharp contrast to the old money represented by the aging best-selling author of “Sword Out of the Sheath 1”.

And “The Menu” is an extremely sensational gourmet movie, which ruthlessly ridiculed the masters of molecular cuisine, because in the end, the food circle is all cultural chefs who are proficient in chemical knowledge, botanical knowledge, and biological knowledge. The more obscure language of wine tasting has successfully occupied the highest traffic on the Internet, which is a wish for the general public who usually don’t know much about food but only wants super cost-effective and decent taste. A chef who climbed from the bottom of the society to the upper class, and finally opened a top-notch restaurant with the huge investment of venture capitalists, so that all the diners, investors and food critics presented himself as a beautiful and picturesque dish. Kojima, and the chef who is like a cult leader, the only one released in the end was a prostitute who had no experience or knowledge of high-end restaurants, and she just hoped that the chef would make him an ordinary hamburger and fries. After watching this beautifully crafted gourmet film, I am glad that the food industry in my country is still in the initial stage of talking about craftsmanship and sincerity, and has not yet developed to such a point where talking about food is like writing an art review. This cynical pushback against the very nature of service and hospitality also blinds the chef to his own direction and to the food itself, who simply divides the world into givers and takers and sees the relationship as a Irreversible mutual damage.

Coincidentally, NOMA, the world’s most famous high-end restaurant in Copenhagen, announced that it will completely stop normal restaurant services at the end of 2024. This is another famous restaurant of molecular gastronomy after the closure of the Spanish bullterrier restaurant. Although the media is saying that these celebrity chefs are playing a big game, how do so many food lovers all over the world know that they are playing? Army chess, chess or go, maybe it is a simple and clear backgammon.

Share
Facebook
Twitter
WhatsApp
Copy URL
Previous article
In the new year, my guide to the ideal restaurant
Next article
Weekly current affairs analysis: China and the US will cooperate and fight at the same time