Tibetan husband and wife are both rail flaw detectors escorting the Spring Festival travel of Lalin Railway in Tibet-Chinanews.com 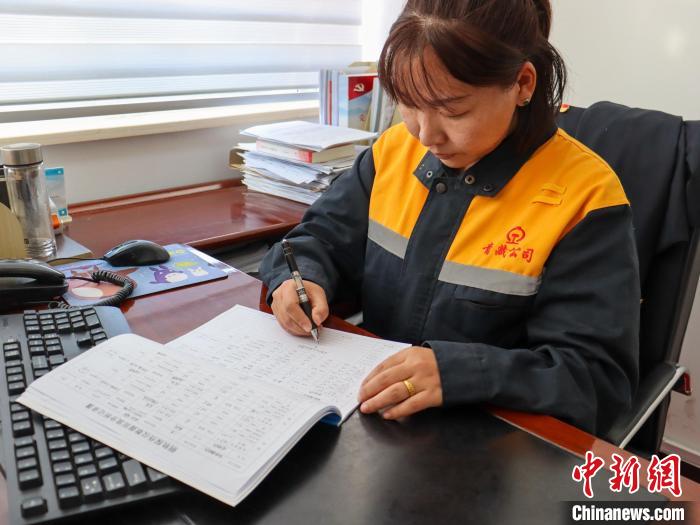 Teden Pingcuo (right) and his colleagues were conducting rail flaw detection work on the Lalin Railway late at night.Photo by Ma Shengming

“We have completed the flaw detection operation between Redang and Lang County today, and I will send you the detection data when I return to the work area.” Recently, the 2023 Spring Festival travel season kicked off, and Cidan Pingcuo of the Lhasa infrastructure section of China Railway Qinghai-Tibet Group Co., Ltd. After finishing the rail flaw detection that night, I made a phone call with my wife Tsering Raj. Apart from work, the topic of husband and wife on the phone is always inseparable from their children.

In order to ensure the safety of the Spring Festival transportation on the Lalin Railway, the Lhasa infrastructure section mobilized elite troops to carry out a comprehensive flaw detection test on the state of the railway rails, and the flaw detection data was analyzed immediately. Since the flaw detection “skylight” operation is carried out late at night during the train rest period, in many cases, the intersection of work between Tsedan Phuntsok and Tsering Raj is after midnight.

Tsedan Phuntsok said that the husband and wife had studied in the same middle school in Shannan, Tibet when they were teenagers. After graduating from high school, they were admitted to two railway colleges in Wuhan and Baotou respectively. In 2006, when the Qinghai-Tibet Railway opened to traffic, the two were assigned to the Yanshiping line work area of ​​the Gela section at an altitude of nearly 5,000 meters at the same time. A year later, they both became plateau rail flaw detectors.

In 2013, Tseten Phuntsok and Tsering Raj ended their seven-year long-distance love race and entered the palace of marriage hand in hand in Lhasa. Today, their son is 9 years old and their daughter is just 10 months old. In life, they care about and care for each other; in work, they encourage and support each other. 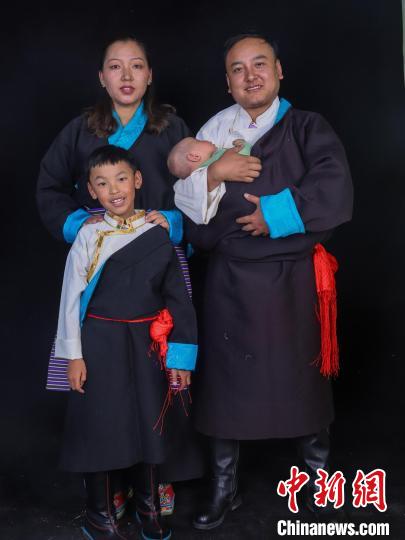 Tsering Phuntsok, Tsering Raj, his wife and their children.Photo provided by the interviewee

As the deputy foreman of the rail flaw detection team, Tsedan Pingcuo has superb skills. During his more than ten years of flaw detection career, he has developed a pair of “golden eyes”. , Ear listening, hammering to prevent missed detection, misjudgment work method. Since the Lalin Railway was opened to traffic, he has inspected and detected more than 1,800 kilometers of lines, found 2 serious rail injuries and 6 minor rail injuries, and brought out a plateau rail inspection team.

As a female flaw detector, Tsering Raj works meticulously and conscientiously. Every time the data is played back, she always analyzes the data of the rail head, rail bottom, rail waist and welds again and again. Relying on more than ten years of rich experience in flaw detection, after the opening of the Lalin Railway, during more than two years of data playback and analysis work, she found 10 hidden dangers that affect driving safety, such as rail damage and screw hole damage, and fixed the Lalin Railway. The line of defense for railway rail breakage prevention work.

At work, if on-site detection or playback analysis finds hidden dangers on the rails, the husband and wife always remind each other, detect more accurately, and analyze carefully. Whenever a hidden danger is eliminated, the couple always feels a sense of accomplishment.

“The Lalin Railway was put into operation, and the plateau EMUs came to the south of our mountain. As the first generation of Tibetan railway workers in Tibet, we, husband and wife, can work together to protect the safe operation of the railway in our hometown. We are very proud,” said Tsedan Phuntsok. (Finish)

Share
Facebook
Twitter
WhatsApp
Copy URL
Previous article
180 sets of “warm heart” border guard apartments delivered for use in Inner Mongolia-Chinanews.com
Next article
The cold wave affects the cooling calendar of 29 provinces to see when the temperature in your home will plummet-Chinanews.com