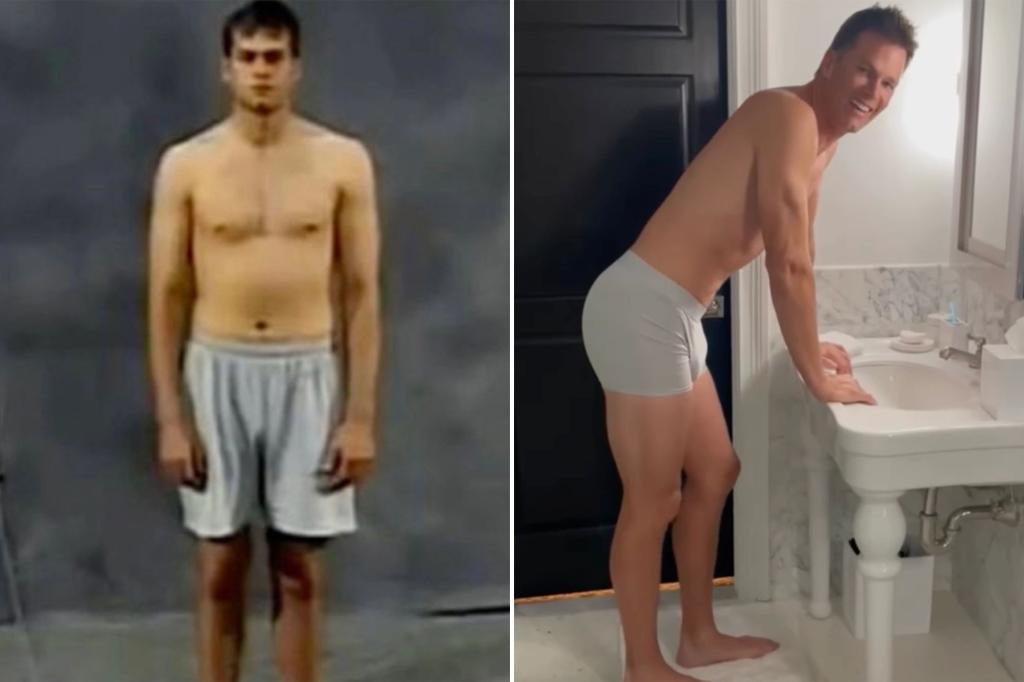 During Wednesday’s installment of “The Dan Patrick Show,” Patrick remarked to the Buccaneers quarterback that he’s come “full circle” between his infamous combine photo from 2000, to his most recent underwear snap that was captured by wife Gisele Bündchen earlier this month.

“A lot of time in the last 23 years to get in a little bit better shape, so,” Brady said before elaborating on one of the internet’s favorite pics of the past two decades.

“I was a college kid, I was coming out of college, oh my God, that probably wasn’t my finest moment, but I always joke about that picture, like no one else has a picture like that, where’s Peyton Manning’s picture? He didn’t look great in those gray shorts either, so, but somehow never see a picture of that.”

Though Brady, 44, previously joked to prospective Twitter buyer Elon Musk about removing the shot from the platformhe told Patrick he wouldn’t pay a dime to purge it from civilization.

“You know what, I wouldn’t pay anything but it serves as a great reminder of where I’ve come from, so, at this point, I would say I’m pretty cool with it,” he said.

With likely a year to go until his combine photo recirculates again — as it typically does leading up to the NFL Draft — Brady is currently setting his sights on his 23rd NFL season and his namesake clothing brandwhich recently released a collection of underwear.

“Somebody has new underwear,” the 41-year-old supermodel said with a laugh.

The brand itself added on social media that “the most comfortable underwear ever that never loses its shape” is “@gisele approved.”

Brady and Bündchen have been married since 2009 and have two children together, son Benjamin, 12, and daughter Vivian, 9. The quarterback also shares 14-year-old son Jack with his ex, actress Bridget Moynahan.

Previous articleInside a Corporate Culture War Stoked by a Crypto C.E.O.
Next articleFacebook says rejection of Toronto theatre company ads was an ‘error’