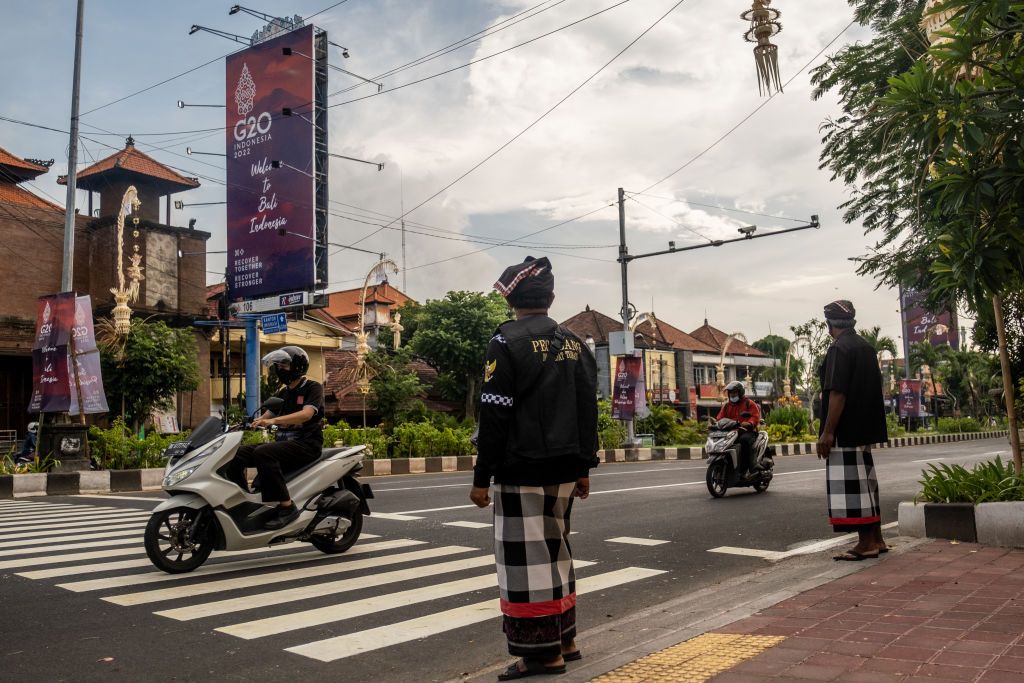 In November last year, at the G20 summit held in Bali, multinational countries jointly provided Indonesia with a green economic development agreement totaling US$20 billion (including: grants, low-interest loans and other official aid funds accounted for about US$10 billion), Participants include the United States, Japan, Canada, Denmark, the European Union, France, Germany, Italy, Norway and the United Kingdom. According to reports, the agreement, named “Partnership for a Just Energy Transition,” aims to help Indonesia reduce its dependence on coal and oil and gas energy, thereby mitigating climate change.

According to the data, it took more than a year for the Indonesian version of the Partnership for a Just Energy Transition to be finally signed. As a late industrialized country, Indonesia intends to phase out all coal-fired power plants by 2050. Enterprises such as Chinese Nickel and Iron, which have invested tens of billions of dollars in Indonesia, are still using a large amount of coal for power generation or smelting. The norms carried by the “Just Energy Transition Partnership” will pose a real challenge to Chinese nickel companies.

According to the recently published report “China’s Role in the Global Development of Critical Resources” (China’s Role in the Global Development of Critical Resources), China’s total foreign investment and construction from 2005 to 2021 is 2.2 trillion US dollars. China’s expanding large-scale foreign investment has attracted widespread attention and raised some concerns. These concerns include: (1) insufficient attention to internal politics, global relations, environmental regulations and controls, and human rights, worker safety and health records of host countries; (2) engaging in unfair contractual practices; Gain access and influence in strategic locations; (4) Use disinformation to influence markets. In fact, Chinese companies investing overseas vary widely, and it is inevitable that they will be criticized. For example, in the 1.52 million-kilowatt power plant put into operation in Obi Island, Indonesia, and the Raporta Power Plant project in Qingshan Industrial Park, Sulawesi Island, Chinese-funded enterprises violated the promises of the Chinese government and caused a lot of pollution during production, which is shocking. , which was criticized by local community forces as well as the international community.

The world’s major backward industrial countries will face the dual pressure of economic development and compliance with new environmental protection regulations. In early November 2022, the European Union, Germany, France, the United Kingdom, the United States, and South Africa jointly announced the establishment of a long-term fair energy transition partnership to accelerate South Africa’s decarbonization process. The first phase of financing is approximately US$8.5 billion, which will help South Africa achieve its emission reduction goals by providing grants, preferential loans and investments, and risk sharing tools, and support South Africa to get rid of coal dependence and accelerate the transition to a low-emission, climate-resilient economy . Relying on the agreement, it is estimated that carbon emissions will be reduced by 1 billion to 1.5 billion tons in the next 20 years. European Commission President Ursula von der Leyen said the partnership is the first of its kind in the world and could serve as a template to support a just global transition. Biden said that South Africa is the largest emitter in Africa and has long relied heavily on coal for power generation. The United States and other partner countries are fulfilling the promise of the G7 to help developing countries transition from coal. At present, the trend of the global economy towards green and sustainable development has become the mainstream.

In recent years, ASEAN has been a key region for global industrial transfer, and Indonesia has undertaken many direct and transfer investments from new energy battery material metal mining companies. The Indonesian government is trying to take advantage of the new wave of global power revolution, seize the opportunity, and promote new norms to become an important part of Indonesia’s economic diplomacy. According to the US Geological Survey, Indonesia is the country with the largest nickel reserves in the world, accounting for more than 20% of the world’s proven reserves. Nickel ore has become an important resource for Indonesia to realize its national interests. Indonesian Investment Minister Bahlil Lahadalia floated the idea of ​​creating a sort of “nickel version of OPEC” at the G20 summit, saying the plan had been discussed with Canada and Australia. The “nickel version of OPEC” is the latest in a series of initiatives by Indonesia to realize its ambition to become a global center for electric vehicle batteries. Indonesia hopes to take advantage of the global decarbonization trend and use its mineral resources to realize the transformation to the upstream of the supply chain, instead of staying in the export of natural resources for a long time. Nickel mining in Indonesia is mainly concentrated in Sulawesi, and the Indonesian Morowali Industrial Park, a nickel processing base for stainless steel operated by the Chinese-funded enterprise Tsingshan Group, is located here. While big Chinese companies dominate nickel processing, their cheap ore comes from hundreds of small mines, mostly run by local Indonesians, dotted across the rainforest. The smelters under the newly built nickel-cobalt production project for batteries used by Indonesia’s Morowali Industrial Park Corporation and Maluku Province use outdated technology. These high-pressure acid leaching (HPAL) hydro-smelters generate toxic waste that is irreversible.

Environmental initiatives in the mining industry are gaining traction as mining development plays an increasingly important role in the climate agenda. “Both organizations, The Initiative for Responsible Mining Assurance (IRA) and the Global Battery Alliance (GBA), are recognized as contributing to An independent organization that promotes public confidence in ESG standards”. However, the ability of Chinese enterprises to participate in this process and the ability to independently adapt to the new norms are weak, so they will face passiveness.

According to the International Energy Agency, in a scenario consistent with the goals of the Paris agreement, the supply of nickel for batteries would have to jump 19-fold by 2040; the supply of cobalt for batteries, a by-product of Indonesian mining, would have to increase 21-fold. Both metals could boost the energy density of existing batteries for electric vehicles and grid-side energy storage. According to statistics, 21 of the 23 nickel ore smelters in Indonesia are owned by Chinese capital. Since nickel is an essential raw material for the production of stainless steel, the smelting of nickel ore by Chinese companies has caused large-scale environmental degradation, and its tailings contain other rare earth elements, which will infiltrate and pollute underground fresh water or seawater. There is no doubt that “nickel OPEC” is essentially a kind of economic nationalism, which will increase the cost of terminal manufacturing. The “Nickel OPEC” initiative, the Indonesian government has first promoted the establishment of an organization and then promoted the implementation of regulations. A series of signals show that the Indonesian government has great expectations for “Nickel OPEC”, and it is bound to issue a series of commercial regulations related to nickel mining. Or legislation to increase state involvement and control over transactions.

Objectively speaking, China’s numerous mining-related production and operations in countries along the “Belt and Road” are still extensive. They are the replication and export of China’s “industrialization” model in the 1990s, and it is difficult to adapt to the new ESG environmental protection and labor standards. There will be greater pressure on compliance. The original intention of China’s “One Belt, One Road” design is to make China’s excess production capacity go out, but in the process of globalization, this model has been challenged. The United States has established new norms related to environmental protection, human rights, and sustainable development in addition to traditional trade barriers, and implemented new political mobilization in major industrial countries around the world. The so-called “Nickel OPEC” is actually the Indonesian government’s response to this trend. It is Indonesia’s hope to take advantage of the mining industry and combine new business norms to form an opportunity that is conducive to the sustainable development of its nickel mines and become bigger and stronger. Of course, it will It poses realistic pressure on China’s nickel mining enterprises. The Partnership for a Just Energy Transition is not just economic diplomacy led by an industrial democracy, but the new norm for mining investment. To a greater extent, “Ni-Peco” is an economic alliance implemented by Indonesia hoping to use its resource advantages to meet new environmental protection regulations. If Chinese companies fail to recognize this trend, that is, they still do not change their business models and the way they deal with the environment even though Indonesia’s production standards and normative preferences have changed, it will be difficult to avoid being passive . Although on the surface, it is difficult for the United States to intervene in China’s nickel production in Indonesia, but by shaping environmental norms and implementing multilateral economic diplomacy, the United States can transmit pressure, so that it can relatively easily buy Chinese companies at a lower cost and price. in a predicament.