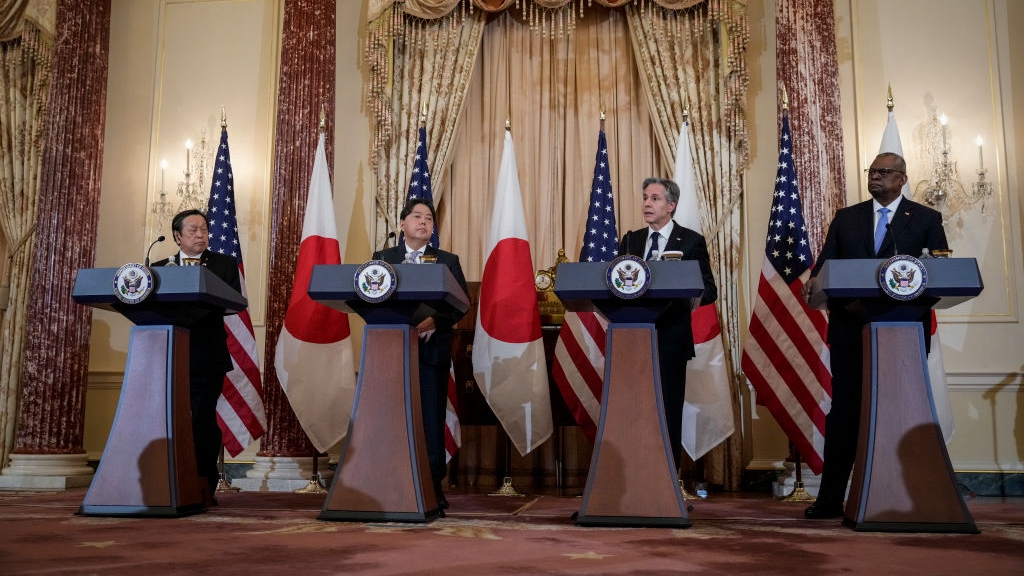 The United States and Japan are set to announce an extension of their security alliance into space to guard against attacks on satellites amid growing concerns over threats from China, U.S. officials said.

Japan and the United States are due to announce expanded security cooperation later on Wednesday in Washington. Lloyd Austin, US defense secretary, and Antony Blinken, US secretary of state, are in Washington for talks with Japan’s defense and foreign ministers, respectively.

Share
Facebook
Twitter
WhatsApp
Copy URL
Previous article
Chengdu launches “computing coupons” to help small, medium and micro enterprises “go to the cloud and use numbers to empower intelligence”-Chinanews.com
Next article
The main area of ​​the first domestically built large cruise ship will be covered by 5G network signals and is expected to be delivered in 2023-Chinanews.com