Visiting the Jinan Millennium Collection: Pursue the flavor of the year to soothe nostalgia-Chinanews.com 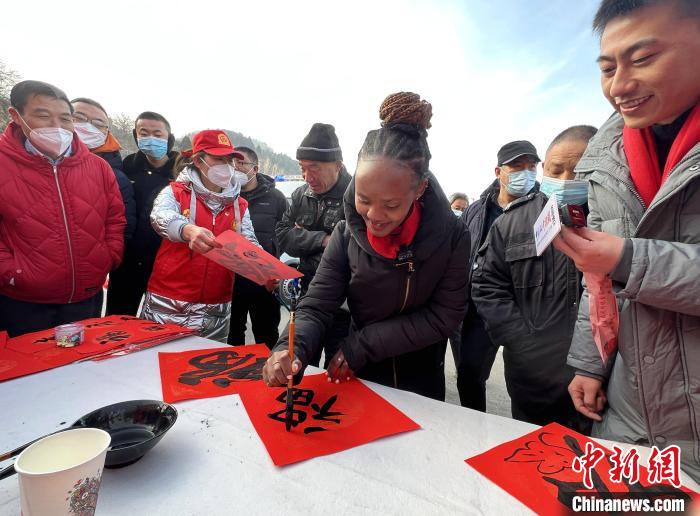 The twenty-sixth day of the twelfth lunar month coincides with the opening of Jinan Zhonggong Market, where citizens buy Spring Festival couplets on the spot.Photo by Qiu Jiangbo

Festive Spring Festival couplets, fresh fruits and vegetables, steaming rice cakes and all kinds of cooked food… The 26th day of the twelfth lunar month coincides with the opening of Jinan Zhonggong Daba. The strong taste of the New Year spreads.

At the Daji site that day, foreign students from Kenya were experiencing the writing of the word “福”.Photo by Lei Youting

Located in the southern mountainous area of ​​Jinan, Zhonggong Daji has a history of thousands of years. It originated in the Han Dynasty and flourished in the Tang Dynasty. Every third and eighth of the lunar calendar is a small fair, and the first and sixth are big fairs. It is one of the most popular big fairs in the local area. one.

After entering the twelfth lunar month, Zhonggong Daji is more lively than usual. The reporter saw at the scene that day that the market was crowded with people around 8 o’clock in the morning. Those vegetables and fruits with dewdrops, steaming snacks and cooked food, and colorful flowers, birds, fish and insects have become the “bags” of market-goers. 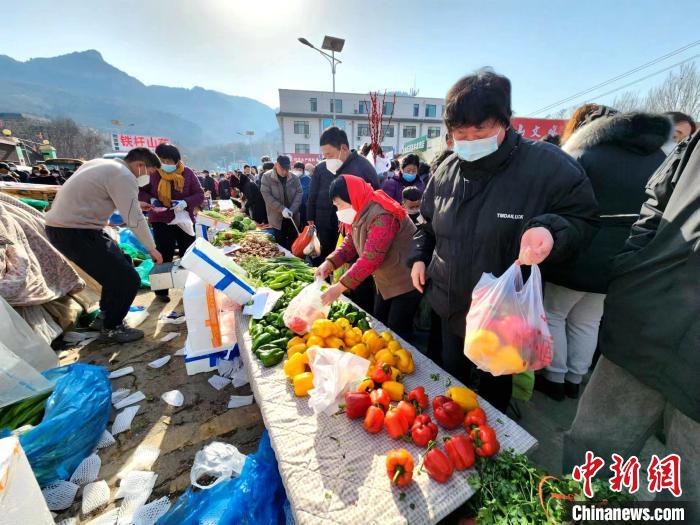 At the market site, there are colorful fresh fruits and vegetables, and the citizens carefully buy them.Photo by Qiu Jiangbo

“Boom!” Stall owner Guo Lianxing, who is over sixty years old, successfully attracted people’s attention with the sound of popcorn being baked. The people who went to the market immediately came to buy food in search of the white smoke and the overflowing rice fragrance. Guo Lianxing, who lives near Daji, brings his stuff to the market every market day. “This kind of popcorn can’t be eaten in the city. It doesn’t matter how much money it makes, but I’m very happy when I come to see people.”

Chen Zhiwei, who works in downtown Jinan, brought his two young daughters to experience the atmosphere of Daji. He told reporters that the dazzling array of goods in the market, the crowds of people, and the busy scene are more ceremonial than shopping in supermarkets or online. “In the big set with crowds of people and local accents, not only can we find childhood memories, but also let the children feel the strong breath of life.” 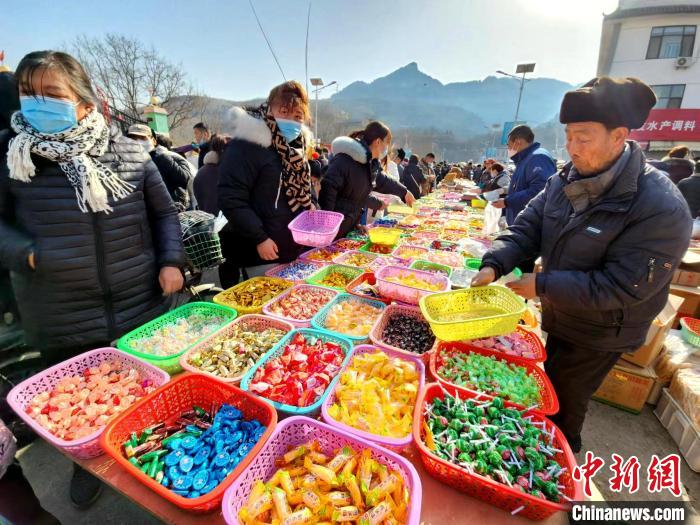 Citizens are buying candies to add joy to the coming New Year.Photo by Qiu Jiangbo

Vendor Liu Changyun’s stalls are filled with all kinds of snacks. In the 15 years since he set up a stall in Zhonggong Daji, he has witnessed the standardization of market management, not only the expansion of scale, but also the increase of high-quality characteristic agricultural products. There are more and more people going to the market, especially when the New Year is approaching, people from nearby villages, cities, and people returning from other places will gather here to celebrate the New Year. “Nian integrates the ‘source’ for people to look for the taste of the New Year. Here, everyone can feel the abundance of life and the simple rural warmth.”

Jinan folklore expert Zhang Jiping told reporters that when there is no vegetable market, going to the market is an important way for every household to store food. There are many bazaars in Shandong that are similar to Jinan Zhonggong Daji. They have not only gradually expanded in scale and standardized management through several changes, but also become “witnesses” of the times and urban development. 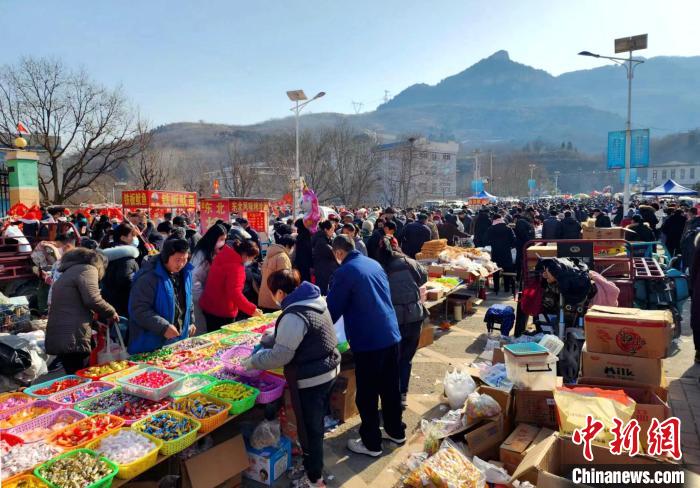 The twenty-sixth day of the twelfth lunar month coincides with the opening of Jinan Zhonggong Daba. The picture shows the scene of the Daba.Photo by Qiu Jiangbo

Zhang Jiping said that although the commerce and trade are now developed, the transportation is convenient, and people’s shopping methods and channels have become diversified, there are still many people who love to go to the market. “People go to the market not to simply buy or sell, but to enjoy the relaxation and comfort of going to the market.”

In Zhang Jiping’s view, besides its essential function, the market has become a “foothold” for people to find their childhood memories and soothe their nostalgia. Pursue greater than material needs.” (Finish)