Walking in Rome: Feeling the Changes of “Luxurious” 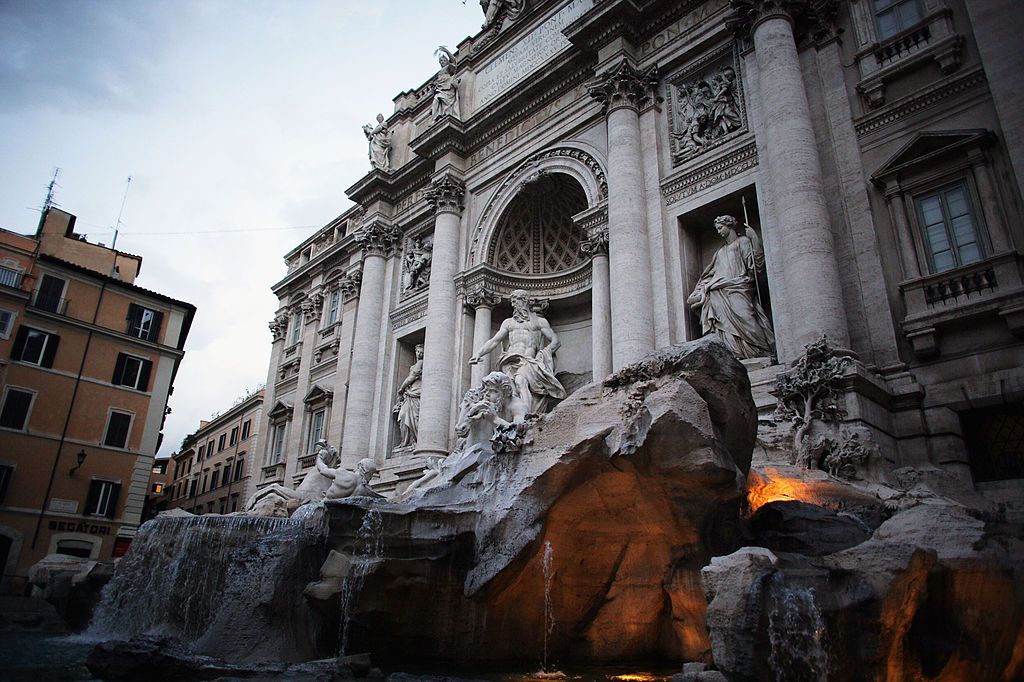 Just like exploring every ancient civilization that continues to this day, visiting Rome is like peeling an onion.

During my recent cross-year travel, I came into contact with two obvious layers of the city: the first layer is ancient Rome, and the obelisk made in Egypt in 1300 BC on the “People’s Square” witnessed Italy’s transformation from Roman mythology. From the age of polytheism to the pantheon of Christianity, etc., landmarks carry ancient echoes. The other layer is accidental. When I stepped out of the terrace after checking in at the Baglioni Hotel Regina, overlooking the tidy and majestic Via Veneto under the midday sun, I suddenly connected some fragments of image memory .

The protagonist of this level is Via Veneto, the life center of luxury in Rome in the past 100 years; the time is based on the reconstruction and economic take-off of Italy after World War II. I guess many people have “traveled” this street long ago through Fellini’s 1960 film La Dolce Vita. Compared with the distant ancient Rome and the Middle Ages, we are more likely to empathize with the extravagance and enjoyment of both participation and criticism in movies. Looking at it in more detail, “self-indulgence” itself also includes a kind of release for some Italians in the face of the trauma of World War II; The transformation from an “ideal” to decay is another kind of exploration in the process of travel.

Today I came to Via Veneto and stayed in this hotel that once belonged to Queen Margherita of Italy. This itself may be the extravagant ecology that was alluded to in “La Dolce Vita”. However, just watching a movie makes it easier to chew and digest a work from the perspective of the creator; once you travel and get out of the paper, you will open up a different dimension. For example, when you are in this building built at the end of the 19th century, you will notice a large number of Venetian Murano glass, wooden furniture from the 18th and 19th centuries, and Italian “art decoration” such as marble, bronze, and velvet. Attracted by iconic objects of style. When I sat in the oval hall with crystal chandeliers for breakfast in the morning, I felt enveloped by an invincible decadent beauty. Driven by this feeling, I would look up the history, and learned that people from the Roman literary and artistic circles in the early 20th century often lingered here, including the novelist and journalist Gabriel · D’Annunzio. 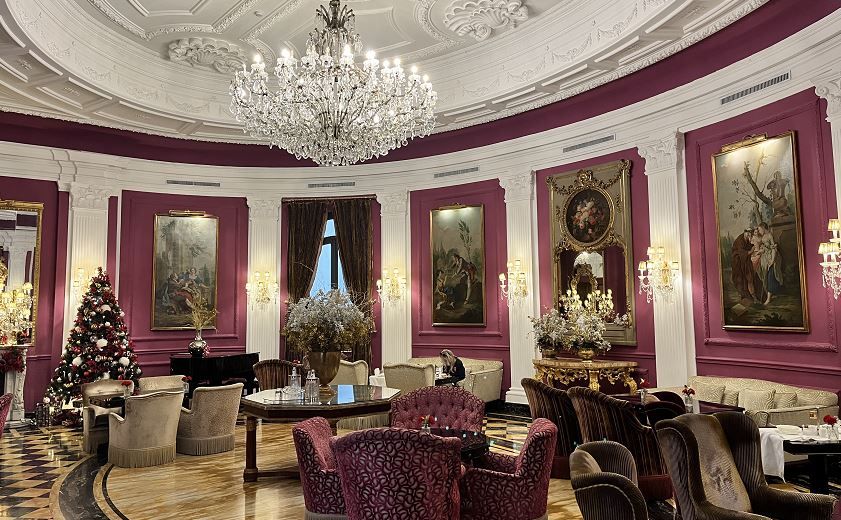 I can fully imagine D’Annunzio’s “Rose Trilogy” full of decadence, especially the chapter “Il Piacere” (Joyful) in which there are probably many “art imitating life” plots. The narrative of “Sweet Life” also refers to several real-life events at that time, and it is a critical perspective while participating. There are people from all corners of the country who come to Rome, and everyone is at their own stage of life; the film works are the same, but “there are a thousand Hamlets in the hearts of a thousand people”. The “Wishing Fountain” section, which was favored by Americans when “La Dolce Vita” came out and has been romanticized by tourists from all over the world, is probably a perspective that deviates from Fellini’s creative intentions. Take the American film critic Robert Ebert who influenced a generation as an example. He wrote that when he saw the film for the first time: “Original sin, exotic European customs, cynical journalists and their exhausted romance” all happened to be in him all the time. in the fantasy.

The declining aristocracy, the origin of the word “paparazzi”, and the luxurious life, all these are far from the “sweet life” of most modern travelers, which is exactly the fantasy brought out by Via Veneto today. After I sat down at the Brunello restaurant, I tasted Chef Luciano Sarzi Sartori’s traditional local carbonara (pasta with bacon egg sauce) made with pecorino (feta cheese) originated in Rome, without cream, but finally with the Italian cheese from the northern Arles. Ba’s white truffles. In addition to our table in the restaurant, there is another table of two ladies who speak American English. Immersed in the luxurious moment of taste, I think this “exotic charm” is probably similar to non-Europeans. And sometimes, we like to “drop book bags” to our companions on such occasions, maybe because we feel that all these things are beyond the reality of life, and we must have a surreal literary work to support them, so as not to feel ashamed.

In different cultures, the context of “Original Sin” may be lacking, but growth education coupled with reading more literary and artistic works that criticize reality, “enjoyment” and “decay” are always a pair. But “the rich and famous in Rome half a century ago” is obviously a story from another planet. So we find an excuse for ourselves: in this vacuum that is out of touch with reality, let life imitate art, just like paying tribute to the history of literature and art that we have read. 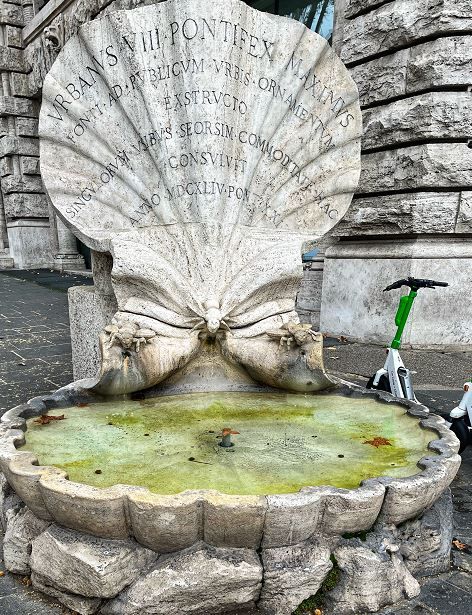 In fact, the history of Via Veneto itself is no less operatic than Fellini’s shooting techniques. Barberini was originally a noble family in Rome in the 17th century. In 1623, Barberini’s family influence reached its peak when one of its members was promoted to Pope. The Pope bought a villa and transformed it into the “Palace Barberini”, which is today transformed into the “National Museum of Ancient Art”. This art gallery is not the first choice of many tourists, but it houses many famous paintings, such as Raphael’s “Portrait of a Young Woman”, Caravaggio’s “Narcissus” and other art history classics. Another church built at the same time has a slightly heavier taste: the basement exhibits the skulls of more than 3,000 Franciscan dervishes who lived in the 15th to 18th centuries. On today’s Piazza Barberini, there are two masterpieces of Italian Baroque sculpture master Giovanni Lorenzo Bernini: “Fontana del Tritone” (Fontana del Tritone), and the sculpture not far from this fountain. The 1644 “Fountain of Bees” (Fontana delle Api). The latter is not only a tribute to his patron, the Pope whose family crest includes the image of a bee, but also a symbol of “bringing nature into the city” during the urbanization of Rome.

After the assassination of King Umberto I of Italy at the end of the 19th century, his son Vittorio Emanuele III succeeded him. The new king decided to locate the palace on Via Veneto, not too far from the center of the city. While waiting for the construction of the palace, Queen Margaret (the well-known Margarita pizza is named after the queen) rented a whole hotel diagonally opposite to live in. Before leaving, this restaurant There is an extra royal name “Regina”. The royal palace then became the American embassy today. Diagonally opposite the entrance to the Baglioni Hotel Regina, there is also a portrait of Queen Margaret. In 1987, the Italian Polito family purchased the property. Via Veneto, where cafes and nightclubs gather, is still the most expensive neighborhood in Rome.

The actual shooting in “La Dolce Vita” basically came from Via Veneto. The famous “Trevi Fountain” scene in the film, the Trevi Fountain is just a 10-minute walk away from Via Veneto. At the beginning of January, which should be the off-season for tourism, the poolside is surrounded by three layers of land every day, and if someone wants to reproduce the movie scene and step into the pool with bare feet, the whistle of the security guard will immediately sound on the sidelines .

Most of the rest of the scenes in the film come from Cinecittà, a movie dream factory in the suburbs of Rome. I also took the subway to see it. The largest film studio in Europe was built under Mussolini’s slogan “Film is the most powerful weapon”. From 1937 to 1945, it produced a large number of Italian Neorealist films. After serving as a refugee camp for a short time after the war, it has become the foothold of Hollywood’s “runaway productions” to reduce costs since the 1950s. From “Roman Holiday” to “Gangs of New York”, “Hollywood on the Tiber” has been in business until now.

Today, the outdoor scene area in Cinecittà has a number of Roman miniature scenic spots suitable for different films, but in the filming of “La Dolce Vita”, more than 80 temporary scenes were built here, and the huge concrete building marked with “5” , which was once Fellini’s exclusive indoor studio. When entering the studio, the first thing I saw was the props made for another Fellini film “Casanova”, the head of the goddess Venusia that appeared on the Grand Canal of Venice in the film. This huge statue, which symbolizes the “sinking soul of the city”, emits a surreal light with everything in front of it when the sunset is approaching.

Share
Facebook
Twitter
WhatsApp
Copy URL
Previous article
Looking Ahead to 2023: When All Suspensions Begin to Come Down
Next article
WOAW Gallery: Why did it grow against the market?