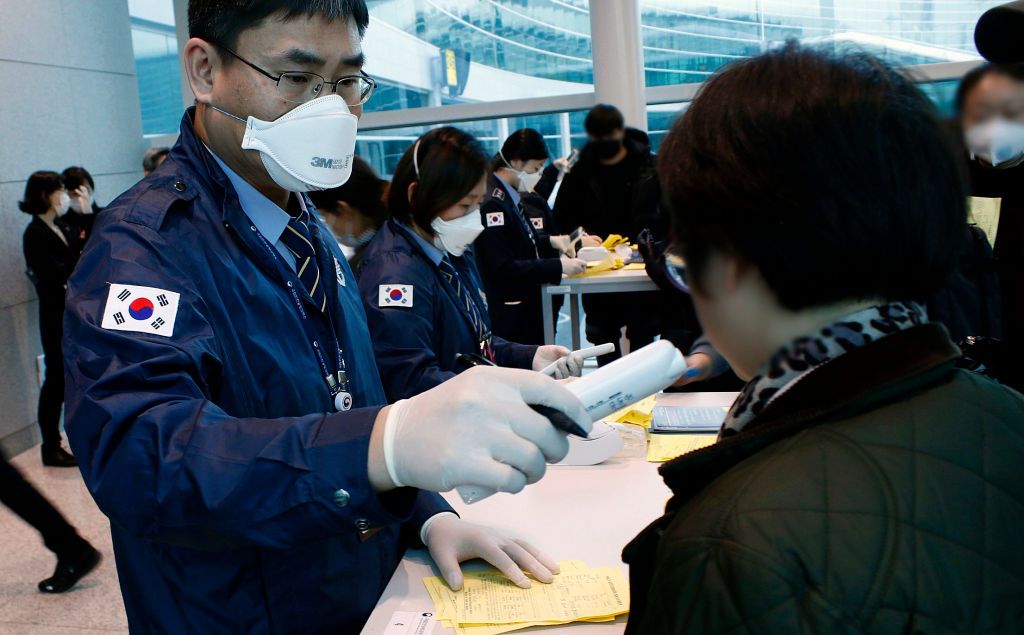 This week, China-South Korea relations suffered another twists and turns due to the epidemic.

Because South Korea restricted or even stopped short-term Chinese tourists from visiting South Korea, China immediately took reciprocal measures and stopped issuing short-term visas to South Korean citizens. Naturally, the public opinion of the two countries immediately intervened and reported, and the turmoil arose from this.

The current diplomatic turmoil between China and South Korea was caused by the handling of infectious diseases. The South Korean government insists that when facing the problem of infectious diseases, protecting the health of the people is the priority. However, while the South Korean foreign minister made the above explanation to China, he also added sensitive topics such as “values”, which made international public opinion and the Chinese government cast doubt on South Korea’s actions.

Regarding South Korea’s suspension of issuing visas to Chinese citizens for short-term visits to South Korea at the beginning of this month, and requiring Chinese tourists to South Korea to undergo nucleic acid testing at their own expense, the South Korean side insisted that South Korea’s move was to protect the health and safety of its citizens. In the future, China’s domestic The development of the epidemic situation determines whether to adjust the policy. The position of the South Korean government cannot be changed.

On January 9, South Korean President Yoon Suk-yue told the Korea Disease Management Agency that “when dealing with infectious diseases, only the health and safety of the people should be considered, and not diplomatic, economic, trade, and political factors.” “. The background of this passage is: after the South Korean epidemic prevention authorities recently strengthened the quarantine measures for Chinese immigrants, some people in South Korea are worried that this move will have a negative impact on South Korea-China relations. . That is to say: national health and safety come first, and nothing else is important. Of course, there is nothing wrong with this point of view, not to mention, once this discussion comes out, it will of course add a lot of points to Yin Xiyue.

In order to explain the situation to South Korea and abroad, the Yonhap News Agency has repeatedly announced the infection situation of short-term Chinese tourists to South Korea.

Yonhap News Agency reported on January 12: According to the news released by South Korea’s Central Anti-epidemic Countermeasures Headquarters on the 12th, the positive rate of the new crown was 13.2% in the arrival inspection of Chinese inbound tourists the day before (11th), which is equivalent to every 7 people who entered China from China. One of the staff was confirmed to be infected.

Yonhap News Agency, Seoul, January 11 reported that South Korea’s Central Anti-epidemic Countermeasures Headquarters stated on the 11th that the positive rate of the new crown was 19.6% in the landing inspection of people entering China from the 2nd to the 7th of this month.

Relevant parties in South Korea revealed that the positive rate of landing inspections for short-term foreigners has been 12.6%, 23.5%, 14.8%, 3.9%, 5.5% and 14.7% since the 5th, showing an overall downward trend. According to the analysis, this is the effect of the measures that Chinese immigrants must submit the new crown negative certificate before boarding the plane starting from January 5.

Of course, the relevant departments of the South Korean government have also admitted that: According to the analysis of the South Korean government’s epidemic prevention department, most of the new coronaviruses detected from confirmed cases imported from China are the BA.5 series of the “Omicron” variant strain, and the recombinant strain XBB has not been detected. 1.5.

Moreover, the above actions of the South Korean government seem to be supported by international professional organizations:

On January 11, Mike Ryan, executive director of WHO’s health emergencies program, said at a press conference: “We still don’t have enough information to conduct a comprehensive and extensive risk assessment.”

Ryan said China’s death toll from the coronavirus had been “significantly underreported” and that the Chinese government should encourage officials to report all infections.

The WHO reiterated that due to the insufficient data provided by China, it is understandable for countries to adopt quarantine measures for people entering the country from China.

In response to the above situation, Alexander Vorontsov, director of the Mongolian and Korean Center of the Institute of Oriental Studies of the Russian Academy of Sciences, pointed out in an interview with the Russian Satellite News Agency that the motivation for implementing these restrictive measures is “reasonable from the perspective of medical care and medical safety. “

But the above-mentioned experts also said that there is a more complicated side to the matter.

However, the South Korean foreign minister’s high-profile words and deeds before and after China stopped issuing short-term visas for South Korean tourists to China are suspicious. This should be one of the backgrounds of the development of the situation today.

In an interview on January 8, South Korean Foreign Minister Park Jin said in response to South Korea’s foreign policy toward the United States and China: South Korea does not naturally tend to one side when dealing with issues related to the United States and China. No targeted strategy will be adopted. However, Park Jin declared that there are many differences between China and South Korea compared with the United States, which places more emphasis on universal values, which leads to “limitations” in bilateral cooperation. The most terrible thing is that Park Jin publicly declared that although South Korea does not reject cooperation with China, unless China can “obey international rules” and play a “responsible role” in a way that is consistent with South Korean values, otherwise China-South Korea relations cannot be changed. more closely.

Coincidentally, from December 28th to 31st, South Korean Deputy Speaker Chung Woo-taek led a delegation to visit Taiwan. China can easily link South Korea’s actions with Park Zhen’s theory of “values”. Moreover, in the eyes of many Chinese, South Korea is not a completely independent and sovereign country in the sense of international law, because South Korea has handed over the wartime command of the army to the United States. What about independent countries aligning values?

A diplomatic authority said: South Korea’s problem with dealing with visa issues for Chinese tourists is that its actions are completely unexpected by China, and its actions are far more extreme than other countries, even Japan. If it is combined with the above-mentioned South Korean vice speaker’s visit to Taiwan and the “values” publicly stated by Park Zhen, all the explanations given by the South Korean government are weak.

The author believes that South Korea’s actions this time will definitely make China reconsider the future of China-South Korea relations. Because it is South Korea itself that raised the issue of epidemic prevention to the strategic level of diplomacy and politics.

Alexander Vorontsov, director of the Mongolian and Korean Center of the Institute of Oriental Studies of the Russian Academy of Sciences, pointed out in an interview with the media: (When some countries) collectively and simultaneously adopt restrictive measures against the entry of Chinese tourists, and these measures are precisely imposed by Western countries. , the US ally (South Korea) adopted, which makes people not only consider medical, but also political factors. He believes that the West’s increasing frequency of questioning China’s response to the epidemic may also have had an impact on South Korea’s stance.

(Note: The author is a policy researcher. This article only represents the author’s personal views. The editor’s email address is bo.liu@ftchinese.com)

Share
Facebook
Twitter
WhatsApp
Copy URL
Previous article
Where is the magic of one-piece die-casting technology to build a car in half a minute?
Next article
Guangdong Year of the Pig Cultural Festival has a strong taste of the year, and Guangdong’s self-cultivated black pig breeds have entered thousands of households-Chinanews.com