China News Service, Hangzhou, January 15th (Fang Kun Fu Feiyang) At present, the problem of unbalanced and inadequate development in China is still prominent, mainly reflected in the large gap between urban and rural development, regional development and income distribution. Zhejiang has been entrusted with the mission of high-quality development and construction of a common prosperity demonstration zone. According to this year’s Zhejiang Provincial Government Work Report, the province will focus on narrowing the three major gaps in the next five years.

As far as Zhejiang is concerned, some remote mountainous counties and island counties are relatively backward in economic development, weak in industrial development foundation, prominent in transportation infrastructure, serious outflow of permanent residents, difficult in talent introduction, and relatively insufficient supply of public service guarantees. A short board that urgently needs to be improved.

A scene in Songyang.Photo courtesy of Songyang Propaganda Department

Based on advantages: small size is enough to burst out big energy

Located at the source of Qiantang River, the “mother river” in Zhejiang, Kaihua has superior natural endowments. “We built a new platform for ‘Ecological Product Value Realization’, opened up a new channel for the transformation of ‘Two Mountains’, and developed GEP accounting analysis and comprehensive management scenarios for the transformation of ‘Two Mountains’ on the basis of taking the lead in exploring the value realization mechanism of county-level ecological products in the country. , Realized the first project construction ecological balance transaction in China, launched green financial innovation products such as forest carbon sink value pledge for the first time in Zhejiang Province, and won the second batch of national EOD pilots. At present, the total realization of county-level ecological resources exceeds 10 billion yuan. ” Mao Xianming said.

Songyang County of Lishui City and Kaihua County of Quzhou City belong to 26 mountainous counties. In an interview, Liang Haigang, a representative of the People’s Congress of Zhejiang Province, deputy secretary of the Songyang County Party Committee, and county magistrate, said that the county’s confidence in exploring the way forward for common prosperity in mountainous areas lies in the collision of the past and the present, the integration of the city and the countryside, and the coordination of protection and development. .

In Chenjiapu Village, located on a hill at an altitude of more than 850 meters in Songyang County, by retaining the basic shape and texture of traditional villages, brands such as Pioneer Bookstore, Yunxi MO+, and Feijiji were introduced, and coffee bars, book bars, and tea houses were implanted. The new format has driven nearly 100 villagers to start businesses and obtain employment at their doorstep, and 30% of rural households have increased their income through the circulation of idle houses.

The specialty paper industry is a dominant traditional industry in Longyou County, Quzhou City. “We highlight the ‘integration of five chains’, take the service chain as the guarantee, promote the integration of the innovation chain, talent chain, and capital chain along the industrial chain, further improve the modern industrial system, focus on industrial development, and provide hard-core support for leapfrog high-quality development , and inject the largest increase.” Li Zhiwei, deputy secretary of the Longyou County Party Committee and county magistrate of Zhejiang Province, said that Longyou strives to achieve a total industrial output value exceeding 130 billion yuan by 2026, and promote Longyou to rank among the largest industrial counties in Zhejiang. The “snowball” effect of industrially strong counties has taken shape in an all-round way.

From the above cases, it is not difficult to find that under the premise of gaining a foothold, the small size of Zhejiang’s county economy is enough to explode with great energy. 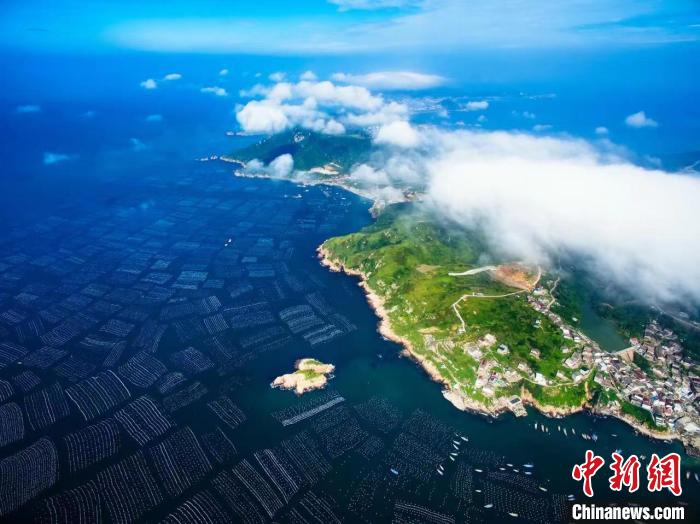 Make up for the shortcomings: one must not be missing on the road to common wealth

On the road of common wealth, one cannot be missing. Like the 26 counties in mountainous areas, Haidao County is also a short board that urgently needs to be improved for Zhejiang Province, and it is one of the main positions for the construction of a common prosperity demonstration zone.

Shengsi County is an island county located at the easternmost tip of Zhejiang Province. There are 630 islands dotted all over the ninety-nine seas, with 3 towns and 4 townships facing each other across the sea. “Traffic bottlenecks are the biggest shortcoming that restricts the high-quality development of islands.” Yang Song, deputy secretary of the Zhejiang Provincial People’s Congress, deputy secretary of the Shengsi County Party Committee, and county magistrate, introduced that Shengsi County has now achieved “village-to-village access” on the island’s roads and “inter-island transportation” by waterways and flights. However, a modern transportation system that is “smooth outside and inside order, interconnected, comprehensive and three-dimensional” has not yet been formed.

Regarding this pain point, Yang Song said that in the next five years, the county will firmly grasp the development principle of “moderate advance and step-by-step advancement” to meet the diverse needs of people’s livelihood travel, island tourism, emergency rescue, etc., and continue to increase island traffic. Invest in facilities to improve the smoothness of traffic inside and outside.

“The industrial foundation of Haidao County is relatively weak. Most of the pillar industries are traditional industries such as fishery, tourism, shipbuilding, and shipping. The proportion of advanced manufacturing is relatively low. The difficulty of industrial transformation and investment attraction is much higher than that of other mainland counties.” Zhejiang. Lu Jianbo, a representative of the Provincial People’s Congress, deputy secretary of the Daishan County Party Committee, and county magistrate, said.

The work report of the Zhejiang Provincial Government mentioned that in the next five years, the province will promote the high-quality development of island counties in mountainous areas, implement a new round of “mountain-sea cooperation”, strengthen the construction of a new type of community, and improve the “industrial enclave” and “technical innovation flying”. The construction quality and efficiency of “land” and “elimination enclave”; precise iteration of “one policy for one county” to promote mountainous counties to strengthen the leading industries of “one county, one industry”, and island counties to improve the layout system of “one island, one function”.

It is foreseeable that on the new road to rush for the test, the common prosperity of the people in the mountainous islands of Zhejiang will be more clearly visible, and the happy life will be more real and tangible. (Finish)