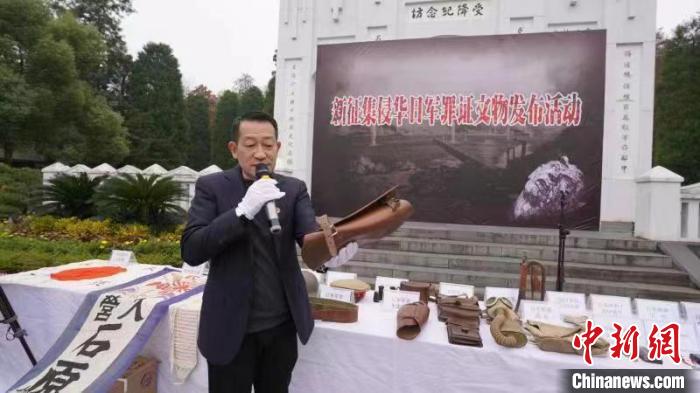 “Hello! Is it director Wu? The letters, materials and communication cards you wrote to our family in the past ten years have all been transferred from the address in Taipei to the current home. After reading it, my family and I were very moved and decided to come to Zhijiang. In the spring of 2003, Wu Jianhong, curator of the Memorial Hall for the Victory and Surrender of the Chinese People’s War of Resistance Against Japanese Aggression, received a call from the United States.

Zhijiang, Hunan is the place where the victory of the Anti-Japanese War was surrendered. Shortly after the phone call, the brothers and sisters of Xiao’s family flew to Zhijiang several times and donated more than 400 cultural relics left by Xiao Yisu to the Memorial Hall of the Victory and Surrender of the Chinese People’s War of Resistance Against Japanese Aggression. Among them, there is a watercolor painting drawn by General Chennault of the American Flying Tigers and presented to Xiao Yisu, which has been identified as a national first-class cultural relic. The screen presents the scene of the Chinese army and the American army fighting side by side, with the words “Advance side by side” inscribed by Chennault himself.

Wu Jianhong, a newly elected member of the CPPCC Hunan Provincial Committee, told the story to a reporter from China News Agency, recalling his 36-year relationship with the Memorial Hall of the Victory and Surrender of the Chinese People’s War of Resistance Against Japanese Aggression.

Wu Jianhong introduced the collection of cultural relics collected as evidence of the crimes committed by the Japanese army invading China.Photo provided by the interviewee

Once, in a waste shop in Zhijiang, Wu Jianhong bought a steel helmet for 500 yuan. “After research, it was brought over by Japan when it invaded China, and it was left in China after the defeat, which became the criminal evidence and ironclad evidence of Japan’s invasion of China.” memorial.

What makes him most proud is to retrieve the “treasure of the town hall” that has been sealed for nearly 70 years-the original video of Japan’s unconditional surrender to the Chinese people in Zhijiang. In order to find this precious 20-minute-long video, Wu Jianhong spent more than 20 years and searched all over the country’s film production factories and archives but found nothing. Finally, he commissioned Qian De, an oil painter from Zhijiang who lives in the United States. Xiang and his wife Tan Mingli were found in the National Archives of the United States. “Recovering it will restore the dignity of the Chinese nation.”

“What strength has supported you for 36 years?” Facing the reporter’s question, Wu Jianhong’s eyes were moist: “The patriotic spirit of the revolutionary martyrs for national liberation has influenced, infected and encouraged me. The memorial hall is like my child. Seeing it I am very gratified to develop and grow day by day, and I am willing to dedicate my life to it. This is also my responsibility as a Chinese.”

Wu Jianhong, who will retire in four years, said that he will continue to collect and excavate more anti-Japanese cultural relics and materials to promote the development of a peaceful culture. “We must not only tell the stories behind the cultural relics, but also tell the pain and disasters caused by the invaders to the Chinese nation. Tell generations of people that the lessons of blood must not be forgotten.” (End)