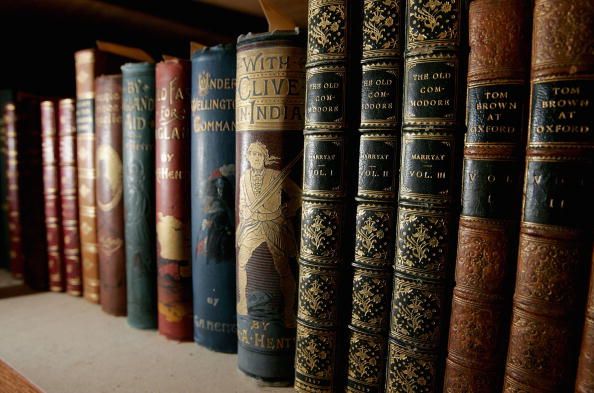 The Spring Festival is a time for all things to rest, and reading is also a kind of.

When I was studying in the past, I found a phenomenon. When the ancients were in trouble, they still seemed to be inclined to read books, especially history, whether they were scholars in the late Ming Dynasty, financiers in the Republic of China, or later political figures.

It can be seen that history is not only news of the past for Chinese people, but also one of realistic beliefs. After I had the sun all the time, it happened to be on vacation. I used this time to read a lot of miscellaneous books, all of which were selected as the best books of the year by the Economist Book Club. From them, I selected a few books suitable for the holidays and shared them with you.

It may be because of the popularity of paying for knowledge, and books titled handouts have been very popular these years, but in fact, the handouts are not something ordinary people can write. Good handouts are actually really difficult to write, and it tests your skills.

It is said that Mr. Ge Zhaoguang’s handouts have a characteristic, that is, he revises them as he speaks. Generally, after the handouts of a course are revised, the course will not be taught again. Therefore, the process of finalizing his handouts can be said to be similar to the formation of pearls, with time behind it. .

This series of lectures covers general education (ten classics), undergraduate (ancient culture), master’s (academic history), and doctoral (Asian history). The system represents the value of teacher Ge’s lecture notes and academic thinking, and it is worth starting with.

2. “The Logic of Civilization: The Game between Man and Risk”

When we talk about human civilization, what are we talking about? In the dimension of mainstream economics, productivity is a natural ruler to measure civilization. Through the benchmark of productivity, we can know how much the output has improved under the same input.

In this regard, financial scholar Chen Zhiwu made important supplementary comments. In his new book “The Logic of Civilization”, he pointed out that productivity is not enough to summarize the richness of human civilization. Therefore, in addition to productivity, he added a new ruler, which is also the ability of human beings to deal with risks, that is, risk coping ability. “The Logic of Civilization” creates a new framework and provides a richer explanation for civilization in addition to productivity, which is very inspiring for readers.

The rise of Mongolia not only changed China, but also changed the pattern of East Asia and the world. Japan can be said to be a different kind. Kublai Khan sent troops to expedition to Dongying twice, but encountered a storm at sea and returned helplessly. This storm was therefore called “Kamikaze” by the Japanese, which deepened Japan’s self-imagination of “God Kingdom”.

“Kamikaze and Copper Coins” is a very interesting book. Through the past events of the Mongolian invasion of Japan, it gradually shows the social life of Japan in the Middle Ages. There is a lot of information and it is worth savoring carefully.

4. “Looking Back: How an Economist Grows”

Teacher Zhang Weiying’s memoirs mostly talk about the twists and turns of her journey from a small mountain village in Wubao County, Shaanxi Province to a bigger stage, from which one can get a glimpse of the wonderful scene of China’s reform and opening up. Economics, FT Chinese website also selects part.

This is a review of past memories, and a return to where life came from. This kind of personal history deserves a lot of room for contemplation. It can be seen as an effort of personal memory to fight against collective memory, and it can also see the grand background of the times beyond the turning point of personal destiny.Note: This article only represents the author’s own opinion. Xu Jin is also the initiator of the Economist Reading Club and the manager of the public account econhomo. Readers on WeChat ashes-18