Zhejiang builds a “communication brain” to empower the deep integration of media with technology-Chinanews.com 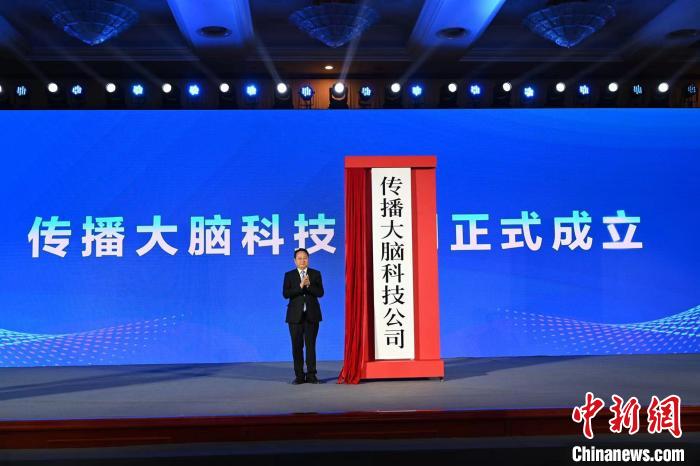 The 20th National Congress of the Communist Party of China proposed to “strengthen the construction of the all-media communication system and shape a new pattern of mainstream public opinion.” How to solve the problem, in the final analysis, is to empower the development of media through digitalization.

Communication Brain Technology Co., Ltd. focuses on the integrated development strategy of media technology in cities and counties of Zhejiang Province, effectively integrates the data, technology, and operation resources of the above four provincial cultural groups, explores the cutting-edge development strategy of “media + technology” in the intelligent era, and establishes the province’s ” Horizontal to edge, vertical to the bottom” communication system.

It is the first time in China that it is jointly promoted by the four major provincial cultural groups. Zhang Zhi’an, a professor at the School of Journalism at Fudan University, said, “The activation of the communication brain can insert technological wings for Zhejiang’s propaganda and cultural undertakings, inject intelligent genes, and enhance the dissemination of wisdom.”

It is understood that the goal of Communication Brain Technology Co., Ltd. is to build a technology integration center that leads media transformation, a data interaction platform, and a fusion communication center, so that more media can “share open source technology and build an open ecosystem.” With new thinking and new technology of the mobile Internet, Empowering the in-depth integration and development of media.

At the inaugural meeting, Communication Brain Technology Co., Ltd. signed prefectural-city strategic cooperation agreements with 11 district-level cities in Zhejiang. The company will establish a joint venture company in 11 cities. The two parties will jointly invest capital, technology, team and other resources to form a joint force, build and share together, and comprehensively promote municipal-level all-media communication in the fields of technical cooperation, operation promotion, talent training, and industrial development. The construction of the system continues to help the media integration cause and the development of the media industry in Zhejiang Province.

At that time, the company will aggregate effective provincial data, break data silos and monopoly, and create a unified all-media intelligent middle platform and communication delivery engine in Zhejiang; deepen the “news + service” function, integrate media and cultural businesses across borders, and achieve a wider range of Social connection; leading the digital reform of the cultural industry, planning a benchmark application scenario with a distinct “media + technology” recognition, and exploring an innovative development model for digital culture.

Lu Xiaohua, dean of the School of New Media and Communication of Tianjin University, said that the new communication brain not only empowers the news communication system in Zhejiang, but also has the conditions to become one of the collaborative platforms and hubs for political, economic, social and life operations in Zhejiang and even larger regions. . 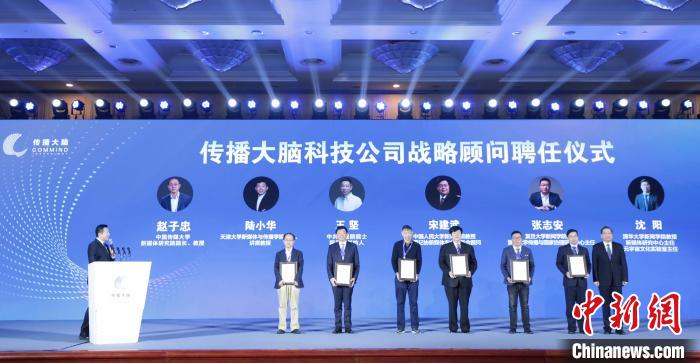 The strategic advisory group of Communication Brain Technology Co., Ltd. made a collective appearance.Photo courtesy of the Propaganda Department of the Zhejiang Provincial Party Committee

It is worth mentioning that Communication Brain Technology Co., Ltd. has also formed a first-class professional “talent teacher” in China.

On the one hand, it “robs people” with a lot of money in the world. Zhao Zizhong, dean of the New Media Research Institute of the Communication University of China, believes that the key to the traditional media’s recovery is to seize the existing technological outlets. By the end of 2022, Communication Brain Technology Co., Ltd. will recruit a Chief Technology Officer (CTO) globally with an annual salary of one million, and various technology “big names” will apply to join, which shows that talents are optimistic about Communication Brain. It is reported that its CTO will officially appear after the Spring Festival. The talents brought in and the technology brought in will activate the “pool of spring water” for the deep integration and development of media.

Share
Facebook
Twitter
WhatsApp
Copy URL
Previous article
From January to November 2022, enterprises supervised by the State-owned Assets Supervision and Administration Commission of Inner Mongolia achieved revenue of 242.35 billion-Chinanews.com
Next article
East-West Question | Humans sailed around the Arctic Ocean without stopping for the first time Zhai Mo: How to communicate with China and the West through sailing? – Chinanews.com