Zhejiang Ningbo fishermen caught 4.8 catties of large yellow croakers for the first time in the Spring Festival and sold them for 26,600 yuan-Chinanews.com 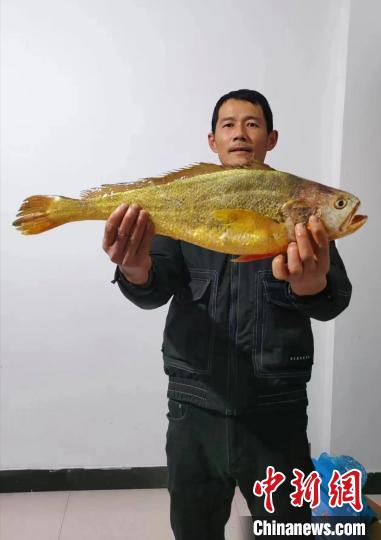 (Go to the grassroots level in the New Year) The first catch in the Spring Festival in Ningbo, Zhejiang, fishermen caught 4.8 catties of large yellow croakers and sold them for 26,600 yuan

Chinanews.com, Ningbo, January 26th (Fang Kun and Wu Ligao) “I didn’t expect to catch such a large wild large yellow croaker in the first net during the Spring Festival. This year is definitely a good sign.” At 22:20 on January 25th, Ningbo, Zhejiang Province Wang Mingming, a fisherman in Xiashan Village, Qiangjiao Town, Ninghai County, shared the good news in his circle of friends: he caught a 4.8-jin wild large yellow croaker and sold it for 26,600 yuan.

At 17:00 on January 25, Wang Mingming and his father sailed to the vicinity of Zhongshan Island in Ninghai Bay at the end of Xiangshan Port. They carefully put away their fishing nets and hoped for good luck at the beginning of the new year. As soon as the fishing net was pulled up, a large golden croaker was particularly eye-catching, jumping around alive and well in the net.

“In addition to this large yellow croaker, there is also a yellow croaker weighing about one catty in the net, as well as black sea bream, sea bass, mullet and mantis shrimp. The harvest is quite good.” Wang Mingming took a measuring tape to measure the length of the large yellow croaker. centimeters, and weighed again, “Good guy, it weighs 4.8 catties!”

The large yellow croaker lying in the cabin is golden in color, with its mouth opening and closing, and occasionally making a “clack” sound. 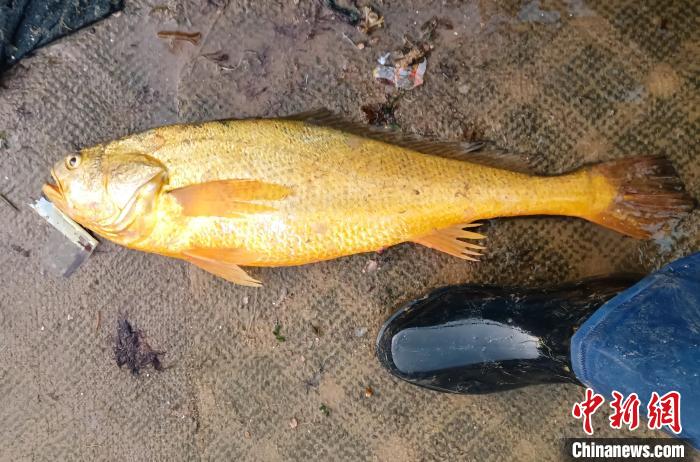 “The good harvest of the first net in the new year should have a lot to do with the cold wave that just passed.” Wang Mingming’s father said that after a typhoon or cold wave, the fish and shrimp that usually sink on the bottom of the sea will come up to breathe oxygen. It is easy to catch big fish, and veteran fishermen usually choose such an opportunity to go fishing.

“A few years ago, wild large yellow croakers weighing more than 4 catties were rare even in the East China Sea. Now they are sometimes caught in the waters of Ninghai Bay. This reflects from one side that the near-shore water quality environment is getting better and better.” Ninghai County, Ningbo City Wu Aoyu, head of the Agricultural and Rural Affairs Office of Qiangjiao Town, said that the continuous implementation of the summer fishing moratorium, multiplication and release policy has played an important role in protecting and restoring fishery resources, and the ecological benefits have become more and more obvious. (Finish)

Share
Facebook
Twitter
WhatsApp
Copy URL
Previous article
In the new era, I am in China | Spanish pianist: I like the taste of Chinese New Year, and Shanghai is the best in the world-Chinanews.com Video
Next article
Healthy sports, ice and snow events are hot during the Spring Festival-Chinanews.com